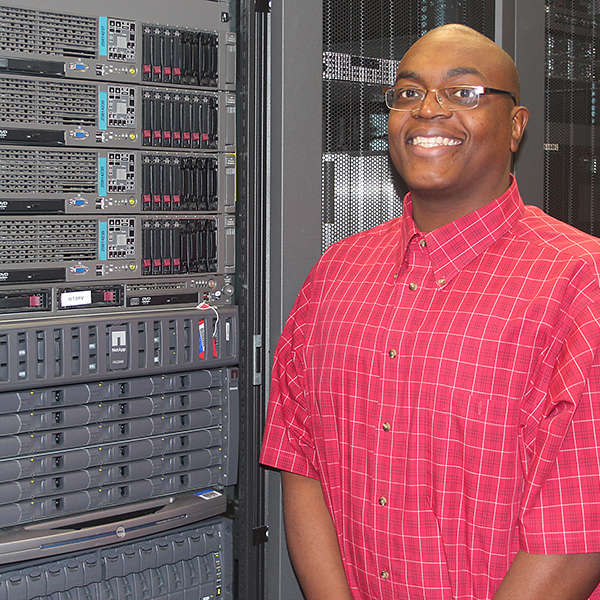 Antonio Sims will tell you it’s never too late for a second chance.

The Whitmire native excelled in high school. He was a good student and an active athlete. But in his senior year, he discovered he was a half credit short of being eligible to participate in athletics that year. He said he lost interest and eventually dropped out.

“I let that get in the way,” said Sims. “Instead of thinking academically, I was thinking about sports. That was the wrong move.”

He found work in light industrial jobs, but he eventually realized he needed to get an education to get ahead.

“I’m one of the lucky ones who got my head back in order and started back to school,” he said.

Sims graduated from the GED program in Newberry, the first graduate from Whitmire. His success in the program led him to be chosen as the graduation speaker. Following the ceremony, his instructor encouraged him to come to Piedmont Tech’s Newberry Campus to talk to the staff about continuing his education.

When he completes his studies next spring, Sims said he is looking to continue on and gain a bachelor’s degree in network security.

“After meeting the staff here in Newberry, I thought it was the route I should go,” he said.

Sims enrolled in the computer technology program in the networking concentration. In addition to his classes, he works with the IT department as a work-study where he is getting extra hands-on training. When he completes his studies next spring, Sims said he is looking to continue on and gain a bachelor’s degree in network security.

In addition to his job as a work-study, Sims is also a part of the Genesis Project, an initiative whose goal is to improve the capacity of minority-serving institutions and to improve student success by focusing on African American male students in the associate in arts, criminal justice, computer technology, industrial electronics technology and heating, ventilation and air conditioning technology programs. He said he hopes that the program as well as his pursuit for education will be an encouragement to his family and community.

“I’m trying to be a positive role model for my son and an advocate for those who have given up in life,” Sims said. “I try to reach out to a lot of youth and even older people to let them know to never give up. The easiest thing to do is to give up.”