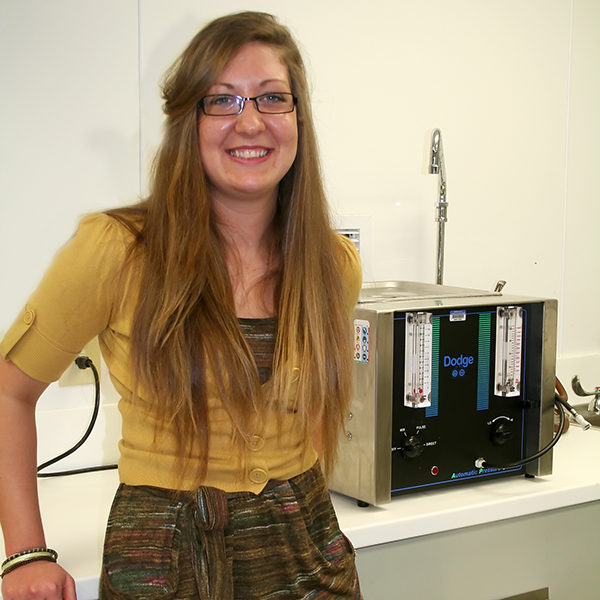 Jamie Cline-Bowman was always interested in mortuary science and anatomy. But, thanks to an encounter with an internationally known museum exhibit called “Body Worlds,” her interest has taken her down a different path called plastination.

“I saw my first Body Worlds exhibit in 2007 and wanted to know how to do it,” she said.

“After doing the research, I thought ‘why move half way across the country when there is a great program only a few hours away’,” she said.

Cline-Bowman enrolled at Piedmont Tech in the funeral service program. While in the program, she had the opportunity to attend a conference on plastination in Toledo, Ohio, where she met von Hagens and shared her desire to learn the process.

Cline-Bowman graduated from Piedmont Technical College in August 2011 with her associate degree in funeral service education. On the day she graduated, she received an invitation from von Hagens to become an intern at The Plastinarium in Guben, Germany.

“This has been a dream come true for me,” Cline-Bowman said. “I can't believe that I’ve been able to work with the best plastinaters in the world.”

Piedmont Technical College and the funeral service program have played an extensive role in her success, Cline-Bowman said. She credits the college and the instructors with preparing her for this experience.

“I love Piedmont Technical College. Everyone here loves what they do and you can tell they are genuinely interested in the students,” she said. “I’ve had so much support, not only in my funeral education courses, but even after I graduated.”

“I would like to see a lab here where anyone who wants to learn about the body can come and dissect or come and study with our specimens,” she said. “I’ve seen first-hand what you can learn from plastination.”