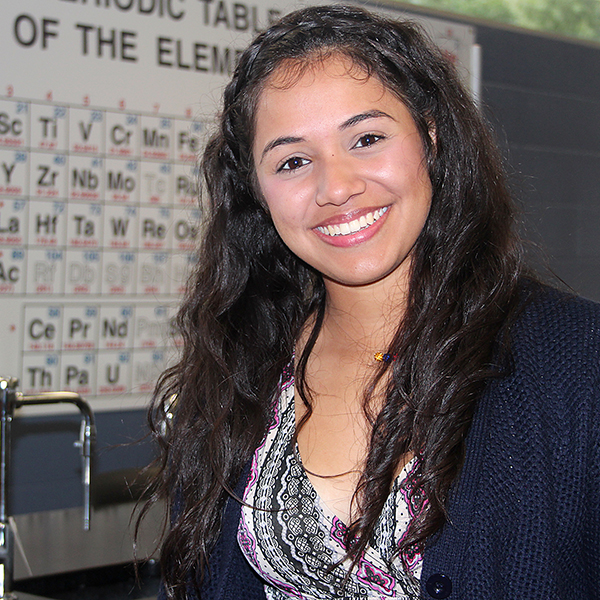 When Rossana Cubillan, a native of Venezuela, decided she wanted to study abroad in the United States, her dad gave her two options. She could live with her brother in Texas or her brother in South Carolina. She ended up spending time in both locations, but ultimately chose Greenwood and Piedmont Technical College.

“My brother in Greenwood told me it was a small town and he really liked it,” said Cubillan. “I grew up in a big city so I kind of wanted a change.”

That change would have to wait because Cubillan faced one obstacle – she could not speak English. “I understood several words, but I couldn’t take college classes if I didn’t speak English,” she said. “There isn’t an English as a Second Language program in Greenwood. The nearest one is in Greenville and I didn’t know how to drive.”

Cubillan had to live with her brother in Texas briefly to enroll in an English as a Second Language program. After relocating, she spent three months learning English then started her college search. “I found Piedmont Tech here in Greenwood, and South Carolina was always my first choice,” she said.

Citing affordability and size as her reasons, Cubillan enrolled at Piedmont Tech and moved to Greenwood to live with her brother, a student and soccer team member at Lander University.

At Piedmont Tech, Cubillan is a student in the associate in science program and plans to transfer to Lander to major in biology or chemistry with a concentration in pre-med. She has become very active outside of the classroom, as a member of the college’s chapter of the American Chemical Society and as a Presidential Ambassador. Cubillan was also among the first students to be inducted into Piedmont Tech’s new Honors Program.

“For me the Honors Program is a good program because it is helping me prepare to transfer from a two-year college to a four-year college,” said Cubillan. “They prepare you with more challenging classes. For me it’s even better because I want to go to medical school and that will be even longer and more challenging.”

Cubillan said all of her activities have helped her meet more people and stay involved outside the classroom. Which is a relief, since she is so far from home.

Overall, Cubillan feels like her choice has been a great introduction to the college experience.

“This is a great opportunity if you want to have a good education with less expense,” said Cubillan. “The classes are the same as a four-year college and the instructors are good. Faculty and staff at the college are always willing to help you and make sure that all of your classes are going to transfer.”