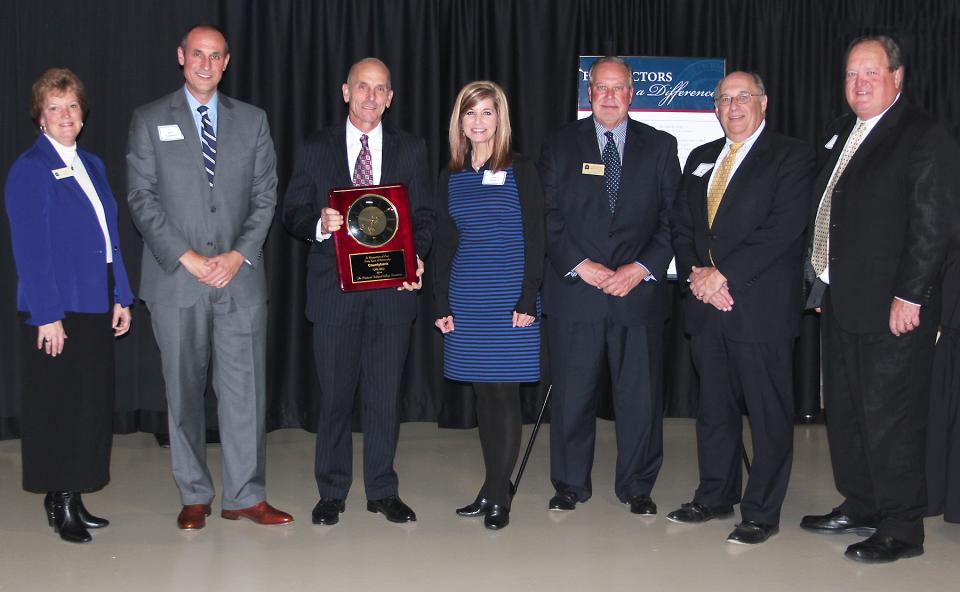 Fran Wiley, assistant vice president for development with the Piedmont Technical College Foundation, welcomed those in attendance. The event honored Cornerstone Society members and benefactors who had contributed to the growth and success of the college.

“We have the privilege and opportunity every day to work with students who are seeking out a career to better themselves and their families,” he said. “Without this Foundation, that would not be possible.”

A special recognition was held for three Cornerstone members who passed away in 2014. Candles were lit in remembrance of Dr. David Allred, one of the first members of the Cornerstone Society, who established a scholarship endowment for students and an endowment to assist members of the faculty and staff at Piedmont Technical College with professional development; Gene Hancock, a Piedmont Tech graduate who established a scholarship endowment that has assisted more than 15 respiratory care students; and Dr. Bill Klauber, another founding member of the Society, whose scholarship endowment for radiologic technology students has assisted more than 30 students with their education.

Special recognition was also made for Countybank, a long-time supporter of the college, as the 2014 Partner in Education.

Countybank and Piedmont Technical College have been business partners since shortly after the college opened in the late 1960s. The bank had various positions requiring employees to have more than a high school education, but less than a four-year degree. Piedmont Tech was producing graduates who met the bank’s requirements. In the early 1970s, Countybank formed the Countybank Foundation and established the annual Countybank scholarship for students majoring in business administration and other specialties the bank needed. Since its inception, this scholarship has assisted over 60 students.

The Countybank Foundation continues to support Piedmont Technical College with annual donations to the PTC Foundation. The bank, recognized as a Grand Benefactor on the PTC Foundation Wall of Honor, is the only donor who has contributed to the Foundation annually for more than 40 consecutive years.

“The Countybank Foundation continues to be one of the biggest supporters of Piedmont Technical College,” said Wiley. “For this partnership, we are truly grateful. We look forward to another 40 years and beyond.”