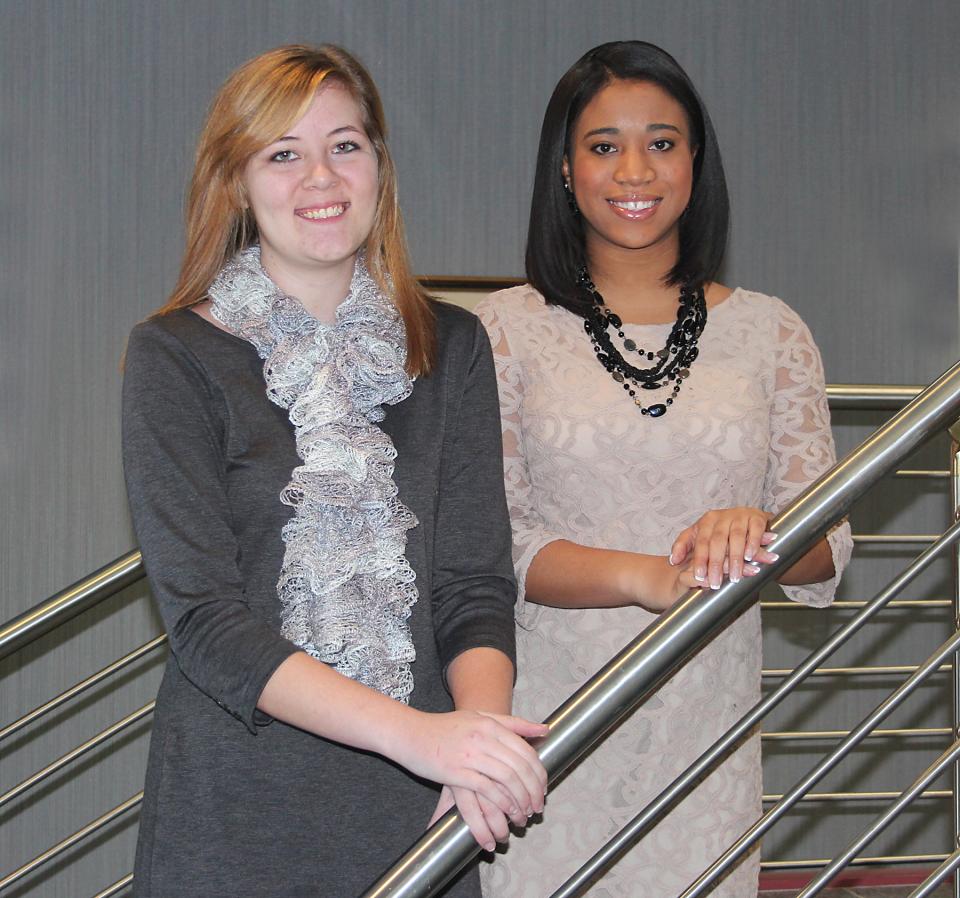 Two Piedmont Technical College students were recently among those named to the Phi Theta Kappa South Carolina All-State Academic Team. Adriana Carpenter of Greenwood and Jessica Magaha of Honea Path will be among the 23 students honored at a ceremony in Columbia in March.

Carpenter and Magaha are joining an elite group. Less than one percent of America’s six million two-year college students have distinguished themselves with this superior level of academic achievement and service to their colleges and communities.

Carpenter is an Associate in Arts student at Piedmont Tech. The Greenwood native came to college not really sure what she wanted to do. After trying out several different career paths, she chose the transfer path to Lander University where she wants to pursue her bachelor’s and master’s degrees in education.

“My passion is helping people,” Carpenter said. “I love the enthusiasm of the pre-school age, all the different personalities.”

Honea Path native Magaha grew up with asthma and knew from a young age that she wanted to help others like herself. She followed her sister’s example to attend Piedmont Technical College, enrolling in the respiratory care program.

“I had great therapists and nurses as a child,” Magaha said. “I considered being a nurse, but I chose respiratory because you become a practitioner and are more specialized in the care you provide.”

Photo Caption: Jessica Magaha of Honea Path, left, and Adriana Carpenter of Greenwood, right, were recently among the 23 students named to the Phi Theta Kappa South Carolina All-State Academic Team. They will be recognized at a ceremony in Columbia in March.