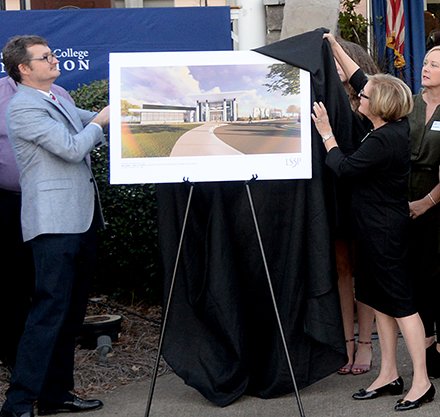 In recognition of more than a quarter century of service to the region and to the state of South Carolina, Piedmont Technical College recently announced that the Upstate Center for Manufacturing Excellence will be named in honor of the late Sen. Billy O'Dell.

"Senator O'Dell was a steadfast advocate for Piedmont Technical College, and for the entire region," said Dr. Ray Brooks, president of PTC. "During his tenure in the Senate, he had a monumental impact. He was a true statesman, and worked tirelessly on behalf of his constituents."

Sen. William “Billy” O’Dell served Senate District 4 for 27 years and was the CEO of O’Dell Corporation, Inc., in Ware Shoals.

In addition to his long career in the SC Senate, he served his community and region in a number of capacities, including as president of the Ware Shoals Chamber of Commerce, director of the State Chamber of Commerce, vice chairman of the Abbeville Development Board, president of Ware Shoals Community Foundation and as a member of the Piedmont Technical College and Citadel boards of visitors.

Fellow legislators and officials from around the region, along with members of O'Dell's family gathered at the PTC Foundation’s annual Legislative BBQ to honor his contributions, and to unveil the designs for the new building, which will be located on Piedmont Technical College's Lex Walters Campus in Greenwood.

Made possible when the citizens of Greenwood County voted to pass the Capital Project Sales Tax ballot measure by a large margin in Nov. 2016, the William H. “Billy” O'Dell Upstate Center for Manufacturing Excellence is currently in the design phase, with plans calling for approximately 45,000 square feet of space. Construction could begin this coming spring and will take approximately 12 months until completion.

When construction is complete, CNC, machine tool, mechatronics and welding classes will move to this new facility, which will include state-of-the-art classroom and lab space, as well as flexible training space to support ongoing workforce development efforts.

The new building will incorporate the latest technology to support the region's workforce development needs, and will provide the college with much needed flexibility to scale up when new companies decide to locate in the region.

Currently, more than 600 students are enrolled in Industrial and Engineering credit programs each fall term. An additional 4,000 were served last year alone in training delivered directly to companies in Greenwood County.

"Senator O’Dell’s work has had a lasting impact on this community, and we feel this new facility will honor the memory of his years of service” said Brooks. “I think he would have been pleased with how Greenwood’s citizens have come together to make this dream a reality.”

Photo Caption: The Piedmont Technical College Foundation recently hosted their annual barbecue dinner for local, state and federal legislators. Fellow legislators and officials from around the region, along with members of Sen. Billy O'Dell's family gathered to honor his contributions. Chip O’Dell, left, and Gayle O’Dell, right, unveil the designs for the new William H. “Billy” O'Dell Upstate Center for Manufacturing Excellence, which will be located on Piedmont Technical College's Lex Walters Campus in Greenwood.