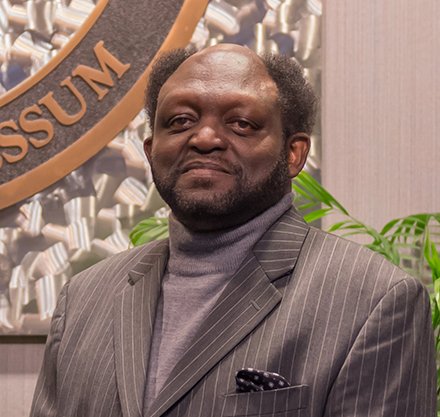 From an early age, Charles L. “Chuck” Graves learned the value of discipline and hard work. As a child, the newest Piedmont Technical College Area Commissioner watched his neighbors ― the late superstar Michael Jackson and his siblings ― exhaustively rehearse musical numbers in the garage of their childhood home in Gary, Indiana.

“Their father and my father worked in the steel industry,” Graves recalled. “Mr. Jackson bought his kids instruments. In the back of their garage, they practiced ― a lot. They eventually got famous by hard work. Their father definitely had a dream for them.”

The retired Greenwood School District 50 educator, appointed to the PTC Area Commission in January, likes to include memories of his early relationship with the Jackson family in motivational speeches to communicate that true success does not happen overnight and not without extreme dedication and effort.

Graves earned his bachelor’s in secondary education from Indiana University. While working on his master’s in counseling from the same institution, he met his future wife, the former Christine Goodman, of Greenwood, SC. After several years teaching and coaching in Gary, Graves eventually followed Christine to Greenwood permanently, where he served for more than 22 years with District 50, first at Southside Junior High School, where he eventually became principal, then as principal at the newly opened Emerald High School, and finally as director of the G. Frank Russell Career Center. The couple raised two sons in Greenwood, Johnathan Lee and Stephen Goodman.

“I have always seen education as a means for young people to better themselves,” he said. “I got into education because I wanted to make a difference for children. I have tried to be a role model not only in my personal life but in my professional life as well. … The future belongs to those who prepare for it today.”

Graves retired from public education in 2011, but his community service continues to keep him busy. An active member of Mt. Moriah Baptist Church and president of the Little River Missionary Baptist Association Brotherhood, he teaches Sunday School to teenagers every week. He serves on the Greenwood Family YMCA Board of Trustees, Hospice Care of the Piedmont, and, most recently, the PTC Area Commission. Graves also regularly mentors District 50 youth and gives motivational talks on topics including African-American history and leadership.

He remains grateful to those who mentored him during his own career, particularly former Greenwood District 50 Superintendent Dr. Michael McKenzie, with whom he remains in regular contact. “You know people who see your potential before you do? That was Mike,” Graves said. “He gave me an opportunity to come to District 50. … He saw that I was able to motivate and inspire people, to bring out the best in people.”

So far, Graves has participated in his first two PTC Area Commission meetings. “It’s all new,” he said. “It’s another way to be part of the decision-making process. The Greenwood area is growing by leaps and bounds,” and education is critical to that growth.