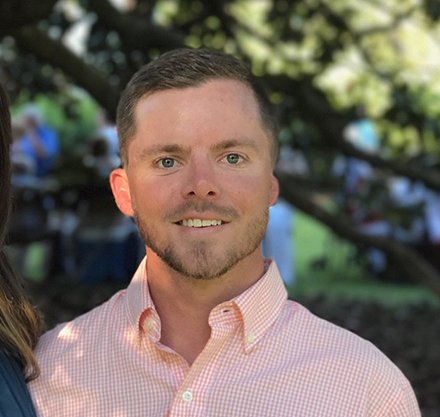 It’s only appropriate that Piedmont Tech graduate Drew Jeffries is rapidly climbing the rungs of the construction industry ladder. He has a sincere passion for it ― a passion forged while a student in a building construction technology program known for its enthusiastic, tell-it-like-it-is instructors.

This spring, the Columbia-based McCrory Construction Company promoted Jeffries to assistant project manager, and his new project is the construction of an assisted-living facility in North Carolina. He credits excellent training at Piedmont Technical College (PTC) for much of his success.

The Abbeville native received his degree from PTC just six years ago. While he had been commuting to his Columbia-based job, Jeffries recently purchased a home in Lexington, which further seals his commitment. He has worked diligently over the years with every reasonable expectation of advancement.

“I see this promotion as kind of a stepping stone,” he said. “Ever since I have been with this company, it has been my goal to climb the corporate ladder, so to speak. I always strive to do my best. … Right now I’m riding this train and enjoying it.”

Jeffries said that last year, the company sent him to some project management training, so he had an inkling of what might be coming. “It let me know that the hard work and dedication I have shown the company has paid off,” he said.

Without hesitation, Jeffries said he would recommend Piedmont Tech to anyone interested in building construction. It is an excellent foundation to securing employment in the industry and working toward your dream job.

“I have always had a thing for custom home building,” he said. “Maybe one day down the road, that will be an option for me.”

Jeffries is optimistic about his future. “I learn something new every day,” he said. “It never ceases to amaze me.”