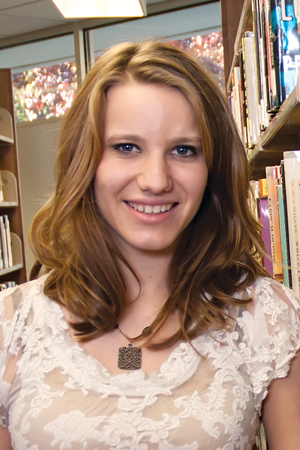 Abbe Cannon looks like your typical teenager. She has the typical friends that she hangs out with each day. She will graduate in the spring from Emerald High School. She doesn’t seem to be extraordinary.

Until you realize she will also be a 2011 graduate of Piedmont Technical College.

Cannon began taking dual enrollment classes in the summer before her junior year and will participate in graduation exercises at Piedmont Tech mere weeks before she receives her high school diploma. She will officially receive her Associate in Science degree six days after marching at Emerald High School.

“When I graduate, I will have 62 college credit hours and enter Anderson University in the fall as a junior,” Cannon said.

Cannon first heard about the dual enrollment classes when her sister enrolled. Though she only took a few classes, they caught Cannon’s attention. Then a passing remark from her mom set Cannon on her course.

“My mom is an extremely proactive mom,” Cannon said. “She said ‘You know, you could probably graduate from Tech if you wanted, if you had enough credits.’”

The comment stuck with Cannon, who decided that she wanted to graduate from Piedmont Tech and Emerald High School at the same time. While she enrolled in the traditional dual enrollment classes, Cannon also took night, summer and online courses ranging from calculus, chemistry and Spanish to speech and astronomy.

“All the classes that are offered – regular, night and online classes – work so very well with any schedule,” she said.

Completing her college degree requirements before obtaining her high school diploma is a weird feeling, Cannon said, but it gives her a sense of accomplishment. And she wants to share that feeling with family and friends.

“When I graduate, I will have 62 college credit hours and enter Anderson University in the fall as a junior,” Cannon said.

“Most of them don’t realize what they can do here because they just think about the dual enrollment classes,” said Cannon. “They don’t realize there are other opportunities with online classes and night classes if you really want to go after them. I tell them just to make sure they know their options and make sure they understand everything they could be doing.”

“Abbe was very diligent in starting the planning process for where she wanted to end up, which is what we encourage all dual enrollment students to do,” said Shelby Dominick, dual enrollment coordinator. “That preparation is how they can earn true dual credit that will count toward their college major.”

Cannon said the experience of attending Piedmont Tech during her high school years will make her a better prepared student at Anderson University, where she plans to begin pursuing a degree in dentistry.

“High school is a lot different than college, even if you are taking dual enrollment classes at the high school,” she said. “Coming here gives you more responsibility because I choose to come to class. It’s prepared me for the college experience.”