There are many directions a Criminal Justice major can take after completing their course of study at Piedmont Technical College (PTC). That variety was very much in evidence at the Criminal Justice Program’s recent Professional Development Day in Greenwood. From prosecutor to corrections officer, sheriff to SLED agent and beyond, representatives from several key SC law enforcement agencies offered insights into their respective everyday worlds. 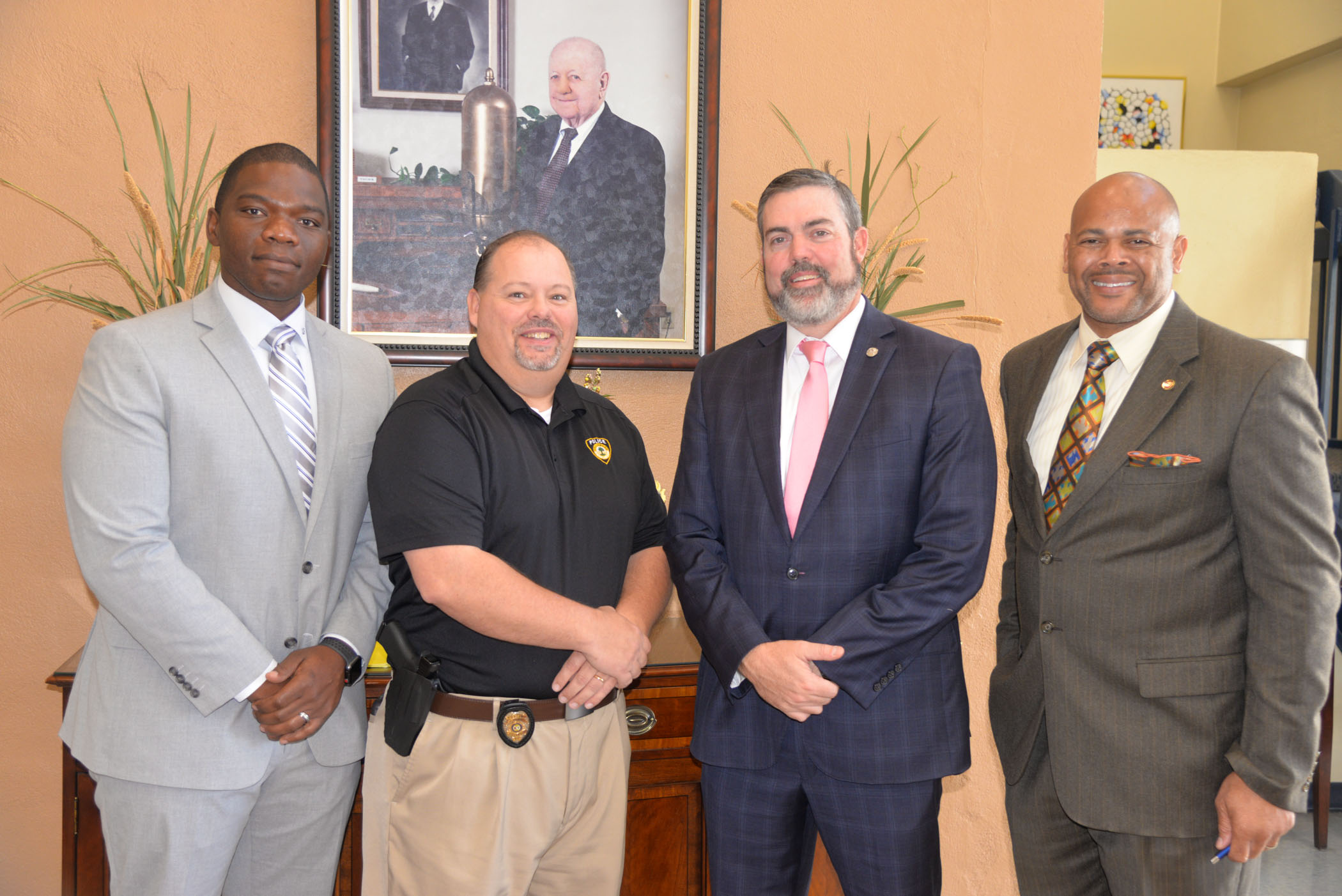 “Just call me T.J.,” said Greenwood Police Department Chief T.J. Chaudoin, a PTC alumnus who initially wanted to be a lawyer. “I started my education at PTC before transferring to Anderson University. I was thinking about going to law school, but one day I did a ride-along. From that point on, I knew the attorney part of me was gone.”

Chaudoin began his law enforcement career with the SC Department of Corrections and went on to serve as a public safety officer for Self Regional Healthcare. He joined the Greenwood Police Department in 2001. Working his way up through the ranks, and advancing his enthusiasm for community policing, Chaudoin was named chief in 2021. The pace and breadth of policing makes for an interesting day indeed.

“The range of stuff you do in one day is amazing,” he said. “You might give CPR to a 1 year old or address a woman’s complaint about the handling of her missing-dog case. You will see people at their worst.”

Because of the myriad sensitivities involved in the role, officers must be deft in mediation and clear communication. Professionalism is key. Above all, it is essential to have a genuine love for all people.

“In law enforcement, you can’t walk away. You have got to love this job. You have to love people and care about people,” Chaudoin said. “I have seen grown men, officers, cry. We have a psychologist on staff. If you’re involved in a shooting or a case of traumatic death, we tell you to see the psychologist.” A great deal of vigilance is recommended with regard to officers’ mental health as well as their strength of character. 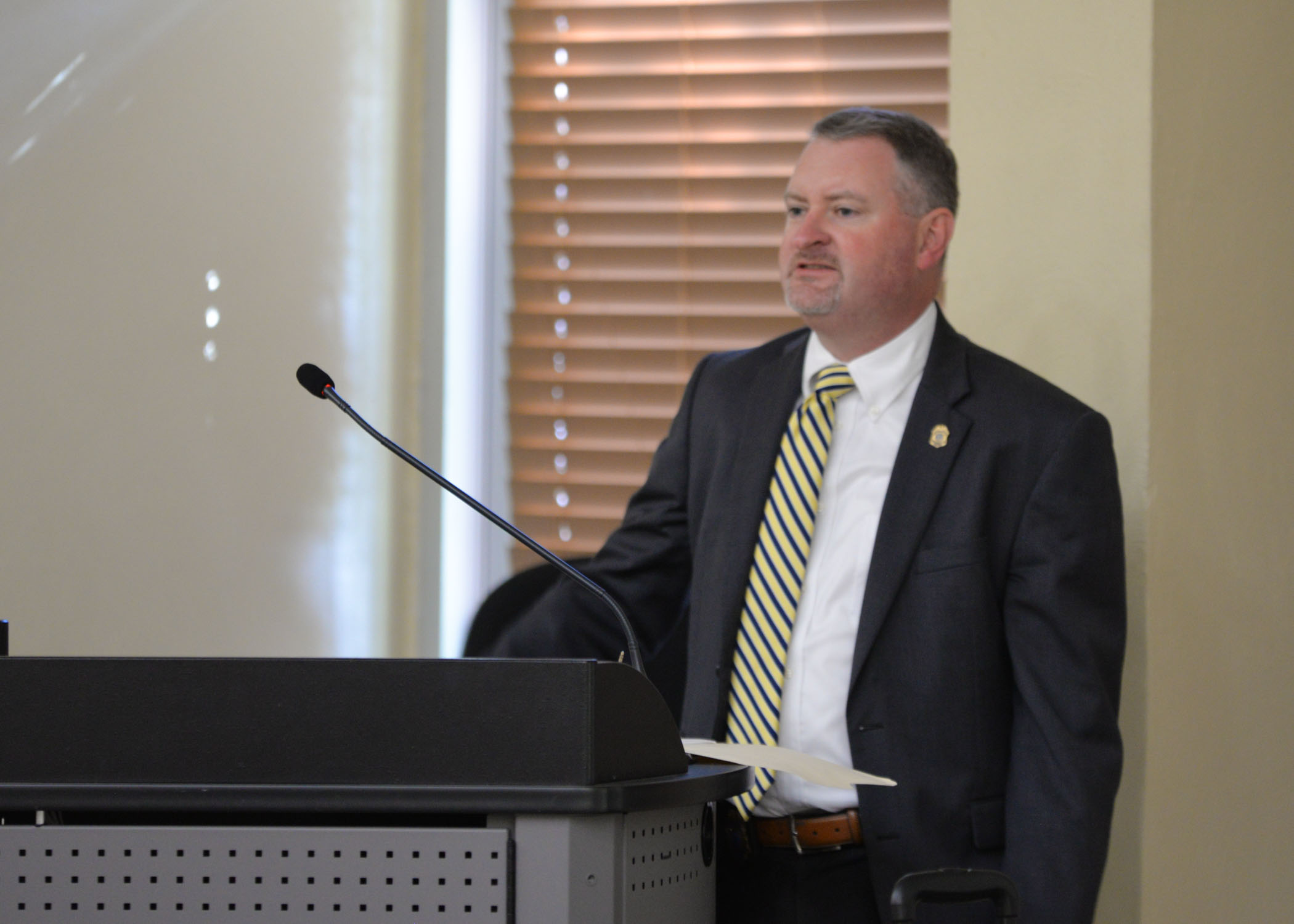 Richard Gregory, assistant chief of the State Law Enforcement Division (SLED), opened his presentation with a solemn recitation of the officers’ Oath of Honor.

“On my honor, I will never betray my badge, my integrity, my character, or the public trust. … ” he began, then reading the full oath aloud before delivering his own comments on ethics and professionalism in law enforcement.

Because police are under intense scrutiny at all times, they must be consistently professional and resolute in their conduct. “We must be mentally tough and thick-skinned,” he said. “The behavior of just one officer can change the perception of law enforcement for many, many years.”

The authority of the position and the powers it holds make law enforcement officers the target of many who may have illicit agendas. Exhaustive screening before hiring is particularly important in the field. Ideally, candidates should be virtually incorruptible.
Greenwood Sheriff Dennis Kelly gave concurring remarks in the context of the sheriff’s duties, which include oversight of detainees under their watch. 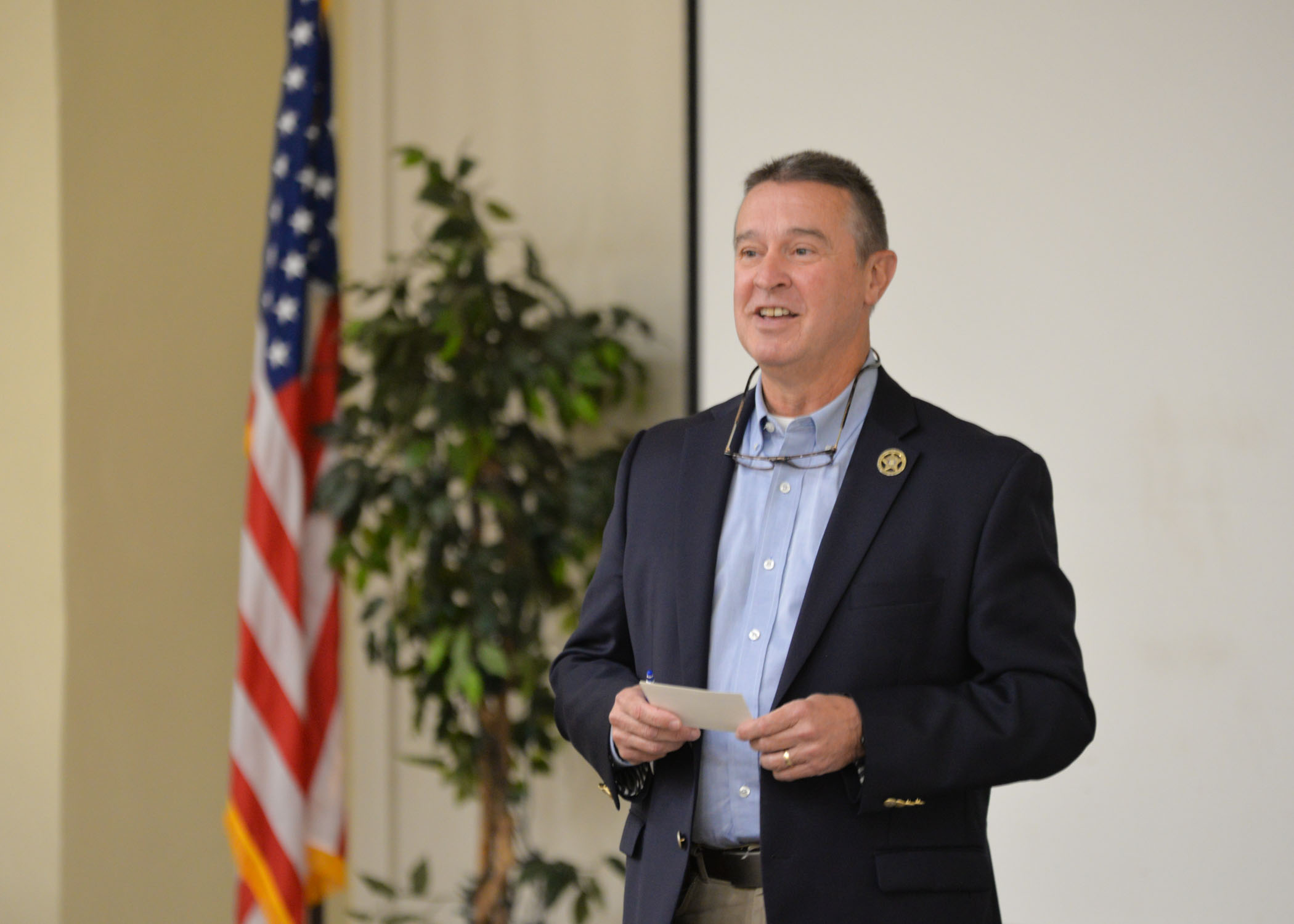 “We are responsible for anything that occurs to a person in our custody,” Kelly said. “We have about 193 inmates in detention right now. … You have to have a strong personality to work in detention. People are always trying to smuggle things in. We look for people with a clean record and no financial issues (which might leave them vulnerable to bribery). We actually will not accept you if you have a criminal record. We need to hire really good people who are strong in their ethics.”

The county still needs School Resource Officers (SROs), but the job is not for anyone who might downplay the weight of the role. A high level of knowledge and training is required. It’s less about school discipline than it is about actually enforcing laws to protect public safety.

“SROs still need to know all of the laws,” Kelly added. “They have to go to the (SC Criminal Justice) Academy and be certified, just like any other law enforcement officer.”

From patrolling the streets to commanding a courtroom, law enforcement includes the vital role of the attorney at law. SC Attorney General Alan Wilson also carved out time from his busy schedule to address the PTC students. Over the years, he developed a deep appreciation for the creativity and finesse of arguing cases effectively. 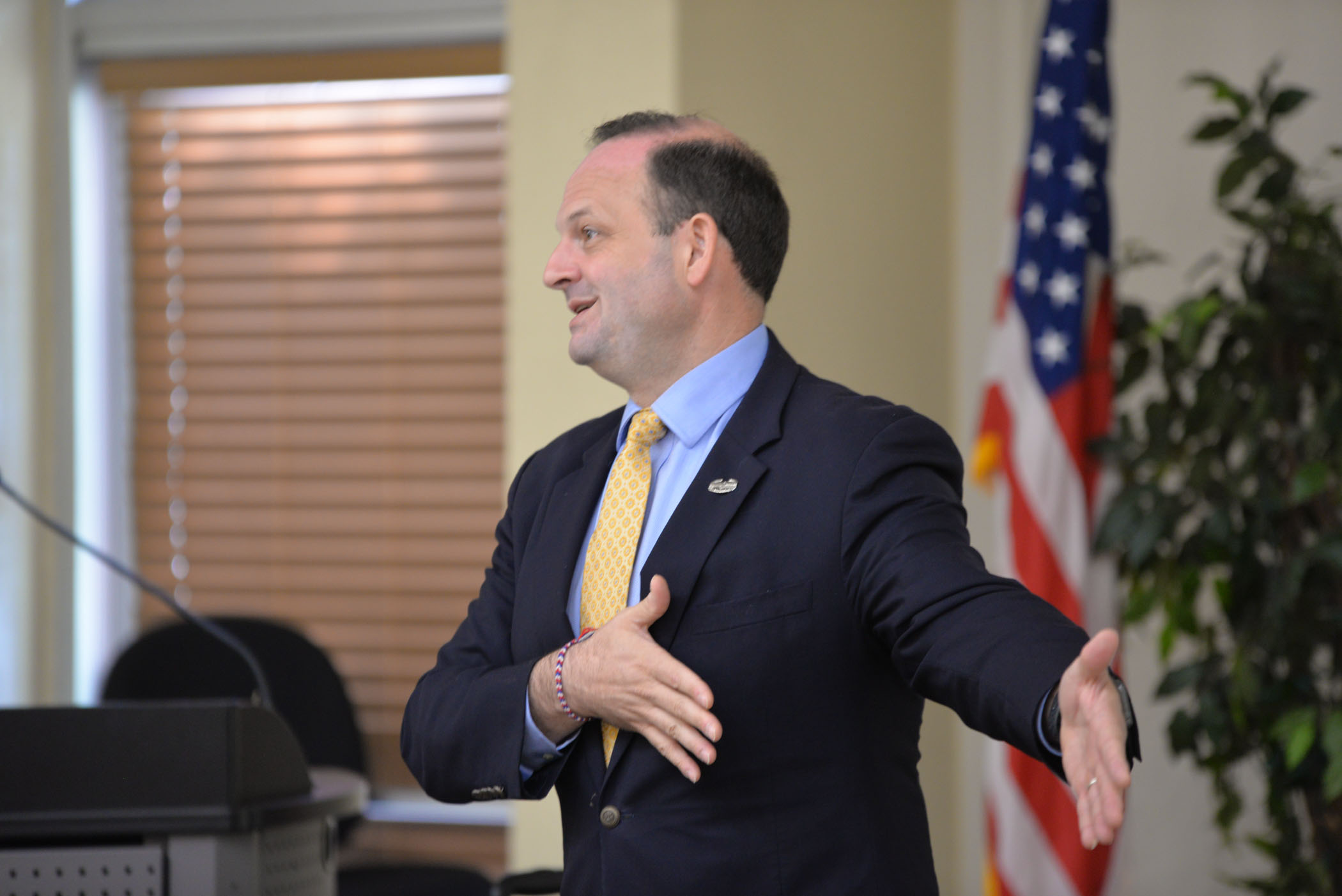 Wilson pledged his support for PTC criminal justice students and made it clear his door is always open to them. “I was once sitting in an auditorium like you. Someone will say something that will strike a spark in you,” he said. “I will sit down with anyone in the state who is interested in the military or law enforcement. … We will get you on my schedule.”

In closing, Wilson urged his audience to “pay it forward.”

Eighth Judicial Circuit Solicitor David Stumbo shares Wilson’s reverence for the courtroom. Having argued a number of shooting trials, he briefly lamented what he called a senseless epidemic of gun violence. When he is able to deliver justice, it is extremely satisfying, but he also acknowledged citizens’ occasional frustration with the pace of justice.

“As long as I am in this office, the one thing I never want to hear is that we don’t care about victims,” Stumbo said. “We have about 11,000 cases on our docket now because of COVID-19. It caused a substantial backup and doubled our docket. It will take years to whittle it down.” 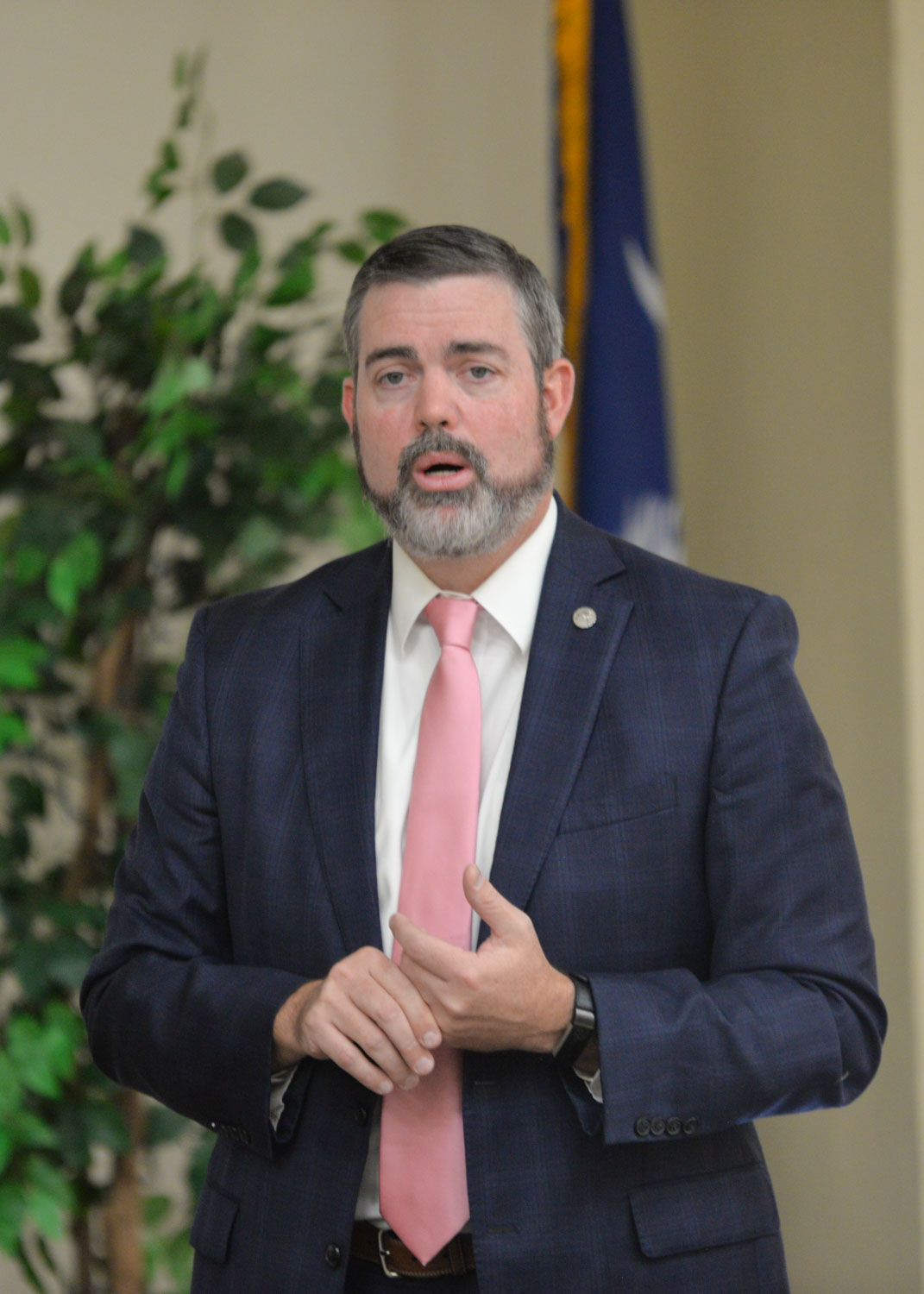 In response to audience questions, Stumbo acknowledged that he writes his own closing arguments, beginning basically with bullet points. “It’s just a matter of finding a flow,” he said. “My best sounding board is my wife, Vanessa. … If you are not scared before you give an argument to the court, you are probably not going to do a good job at all.”

Students also heard from SC Department of Corrections Associate Warden Thomas Robertson and SLED Lieutenant DeQuawn Smith. Every speaker expressed devotion to their chosen field within law enforcement. It is clear that passion leads the way.

“I can’t think of a job in the legal field that is as rewarding as what we do,” Stumbo concluded. “Our job as prosecutors is to do justice. It is one of the best jobs.” 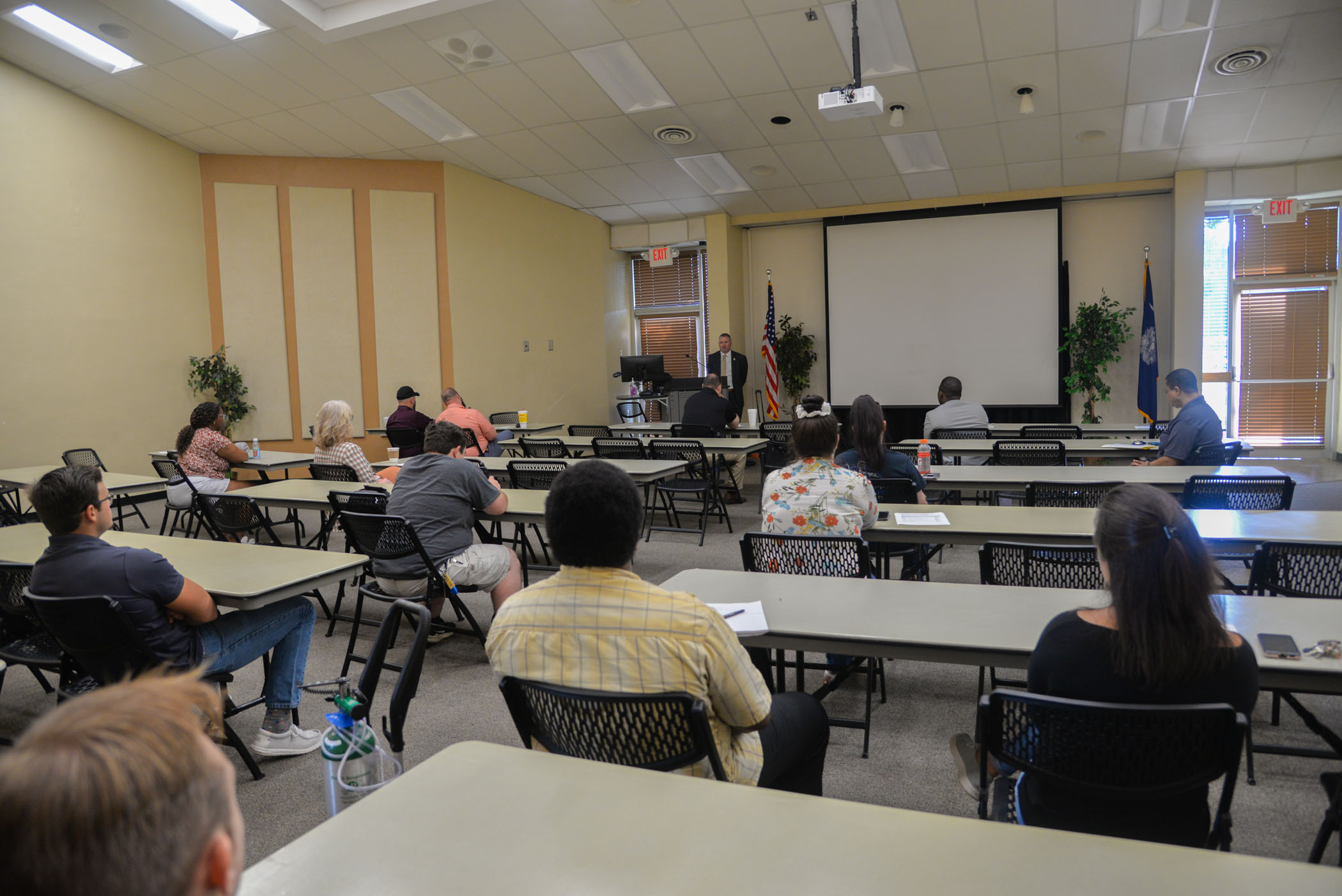 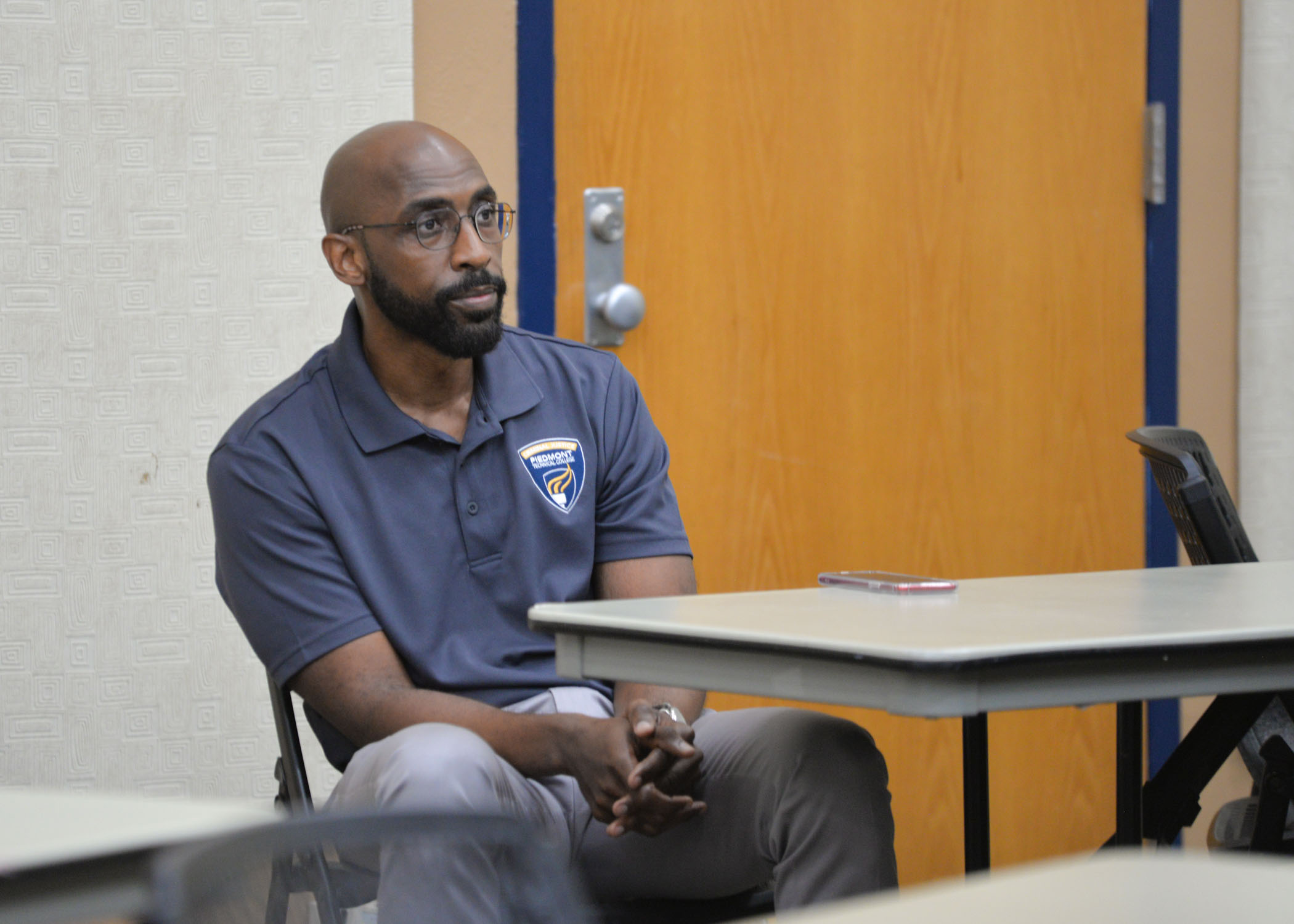 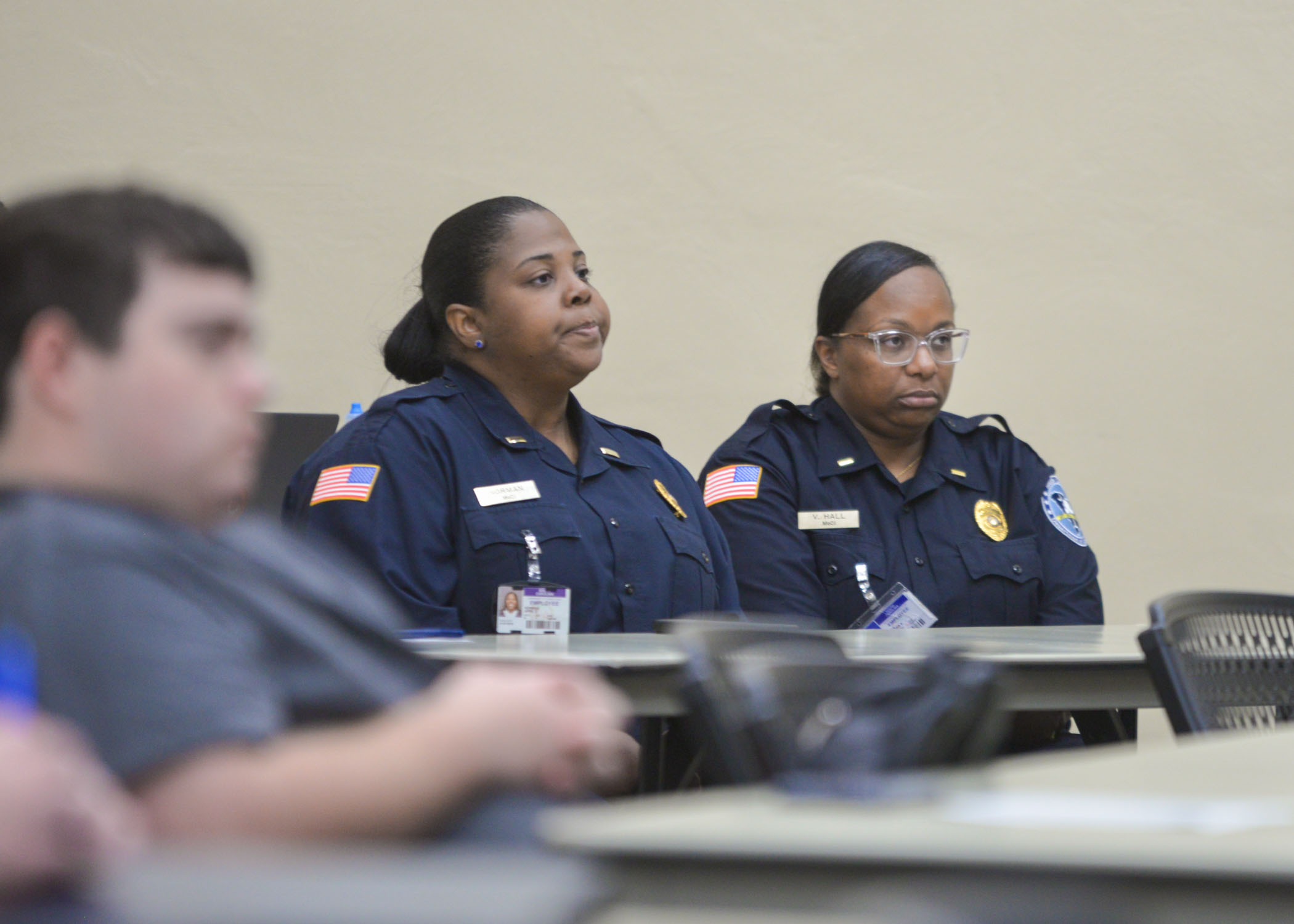 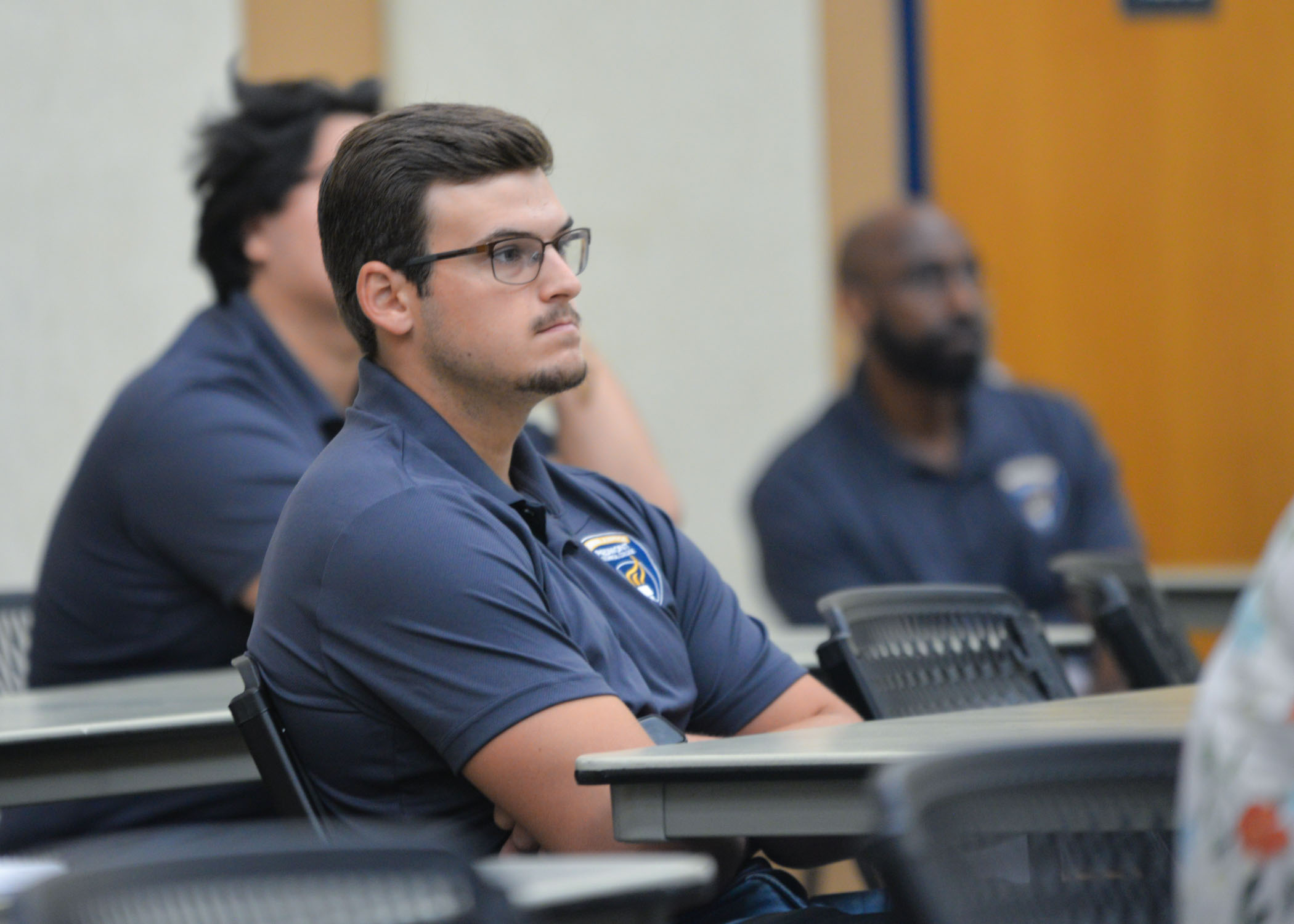 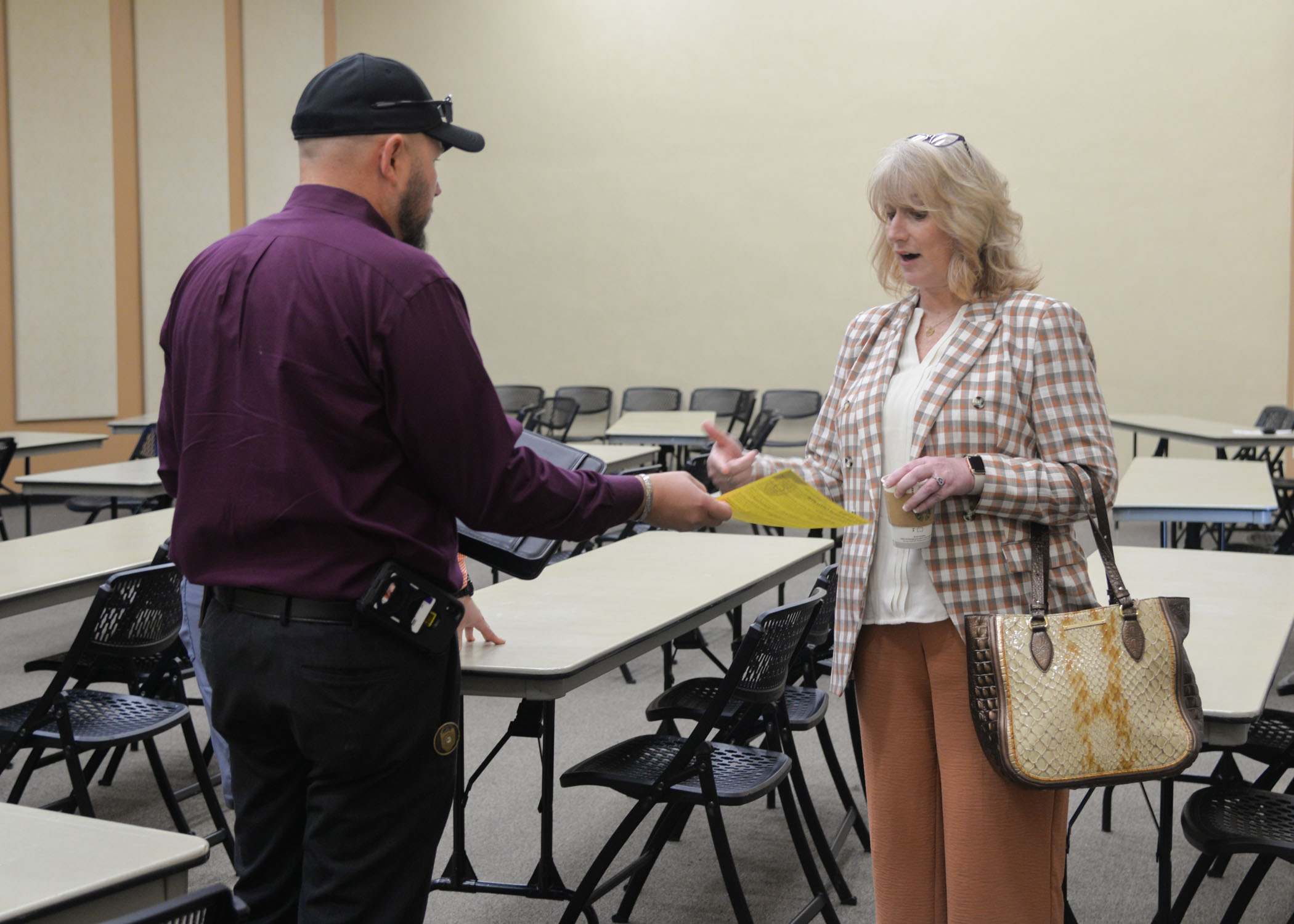 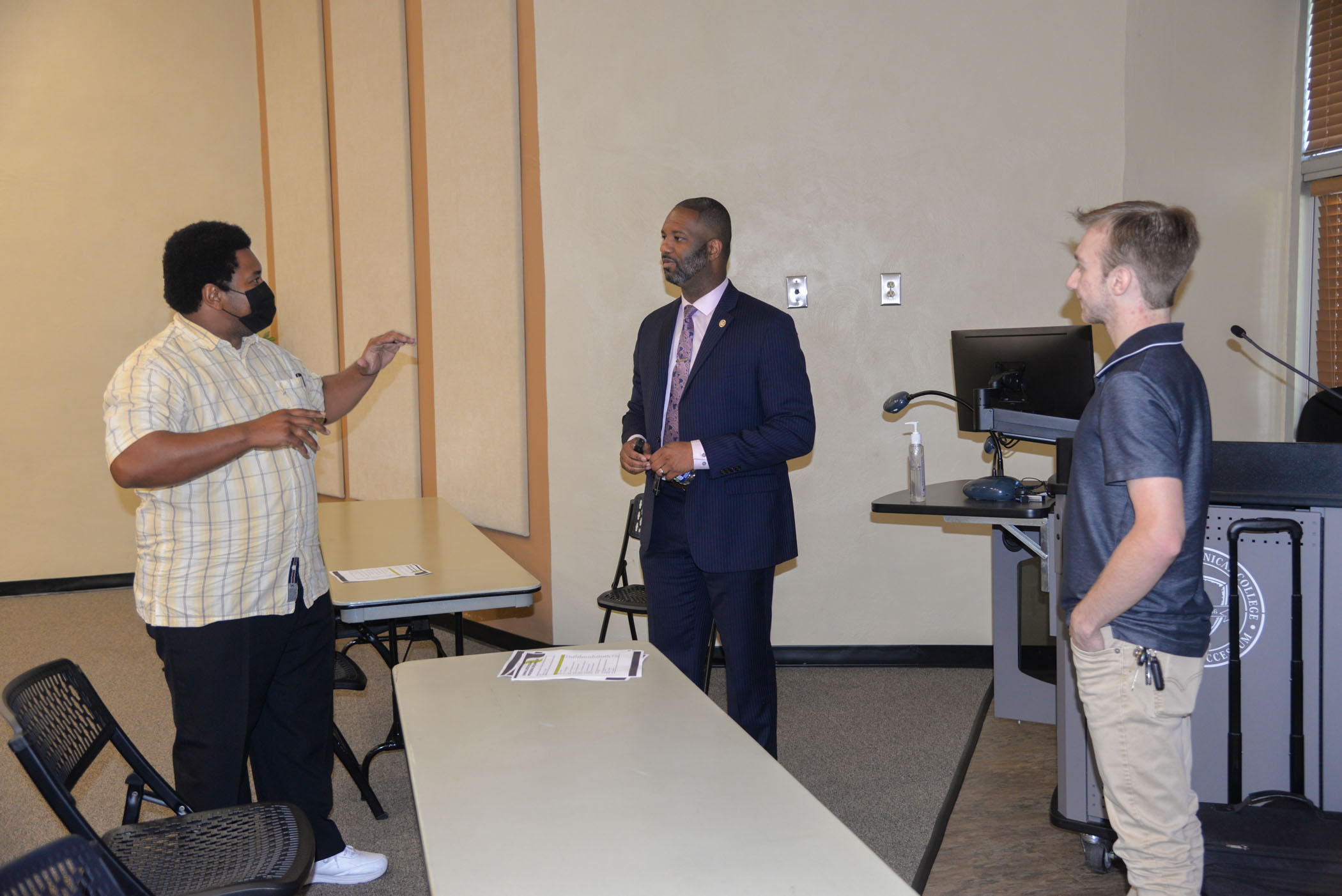 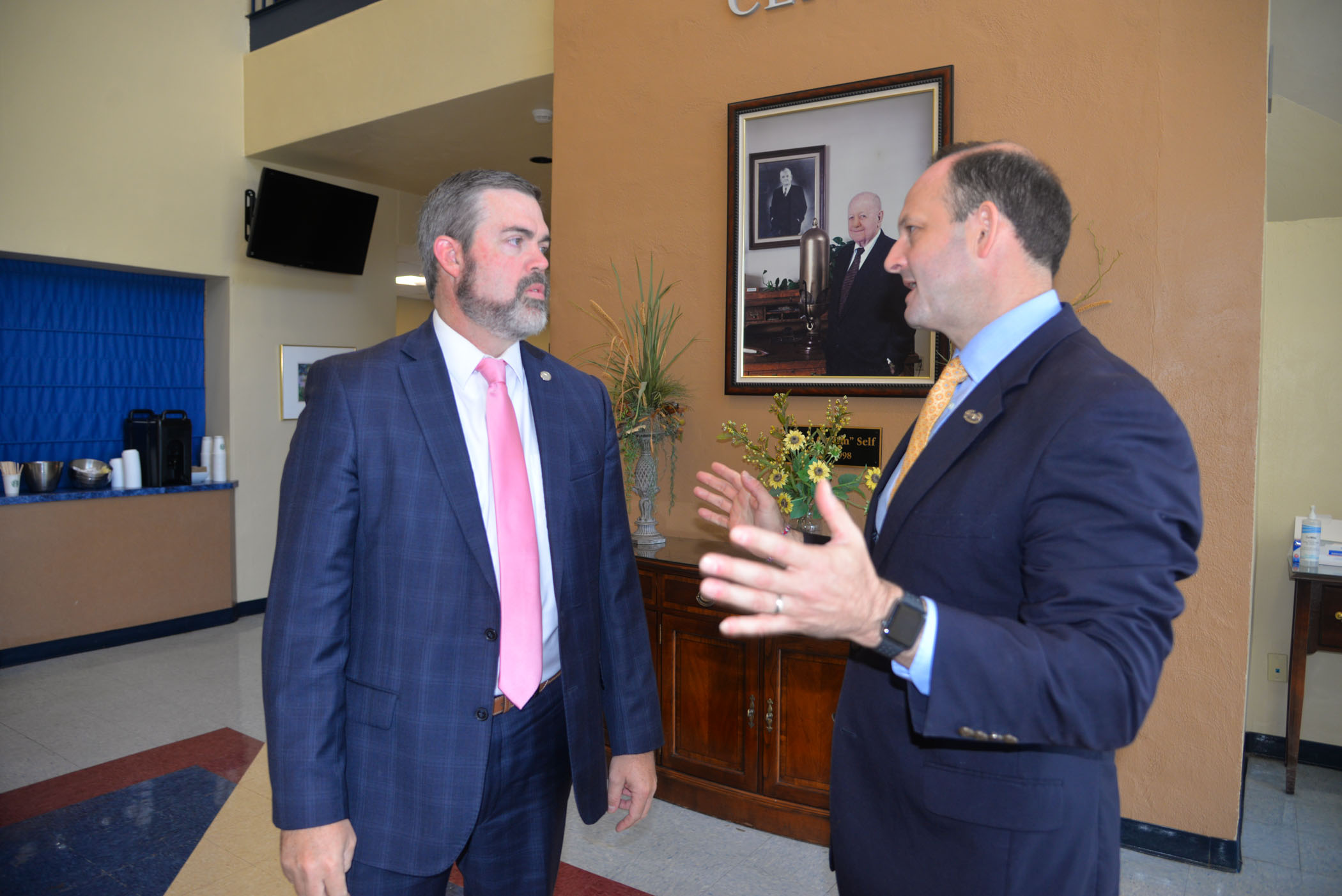 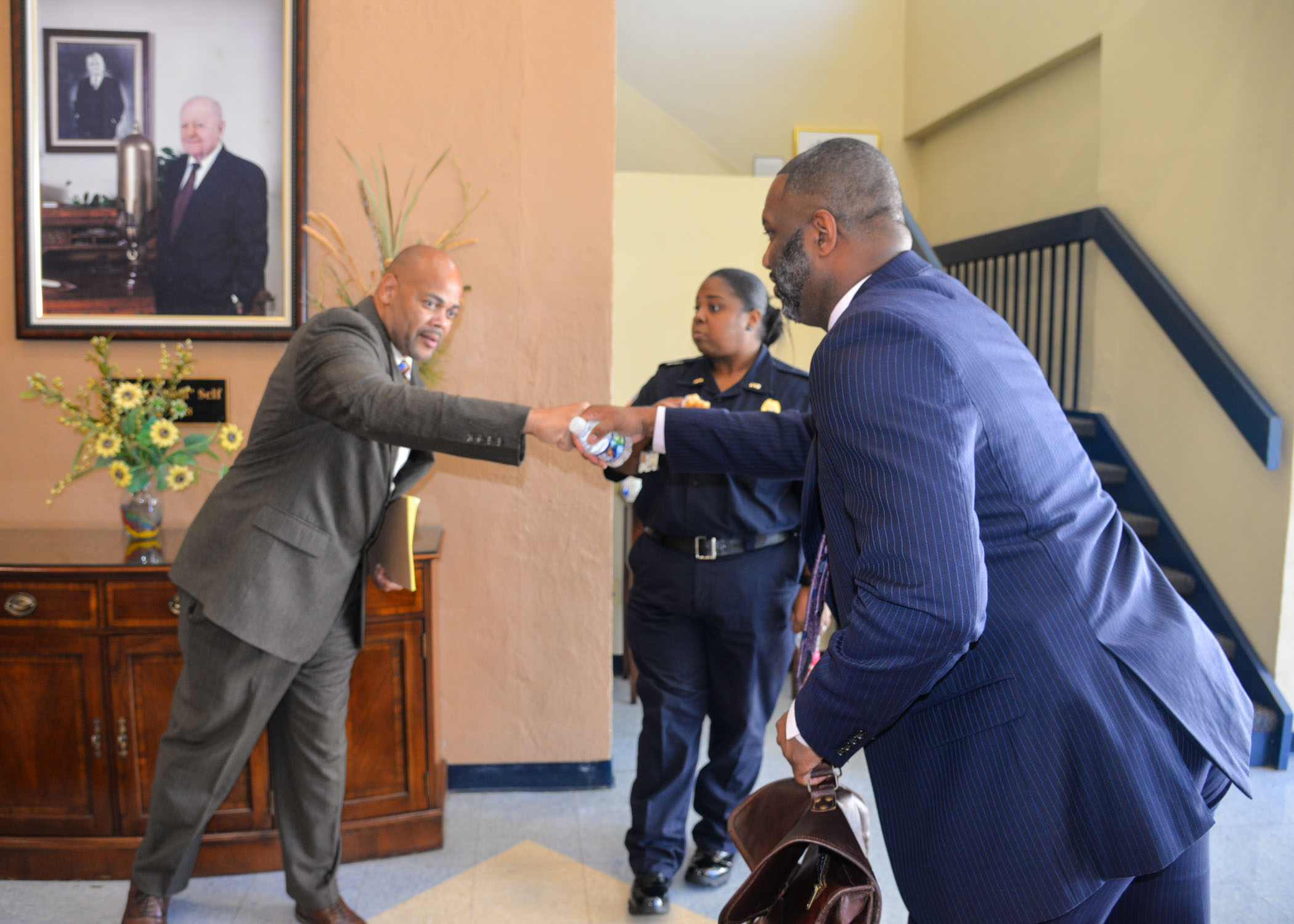 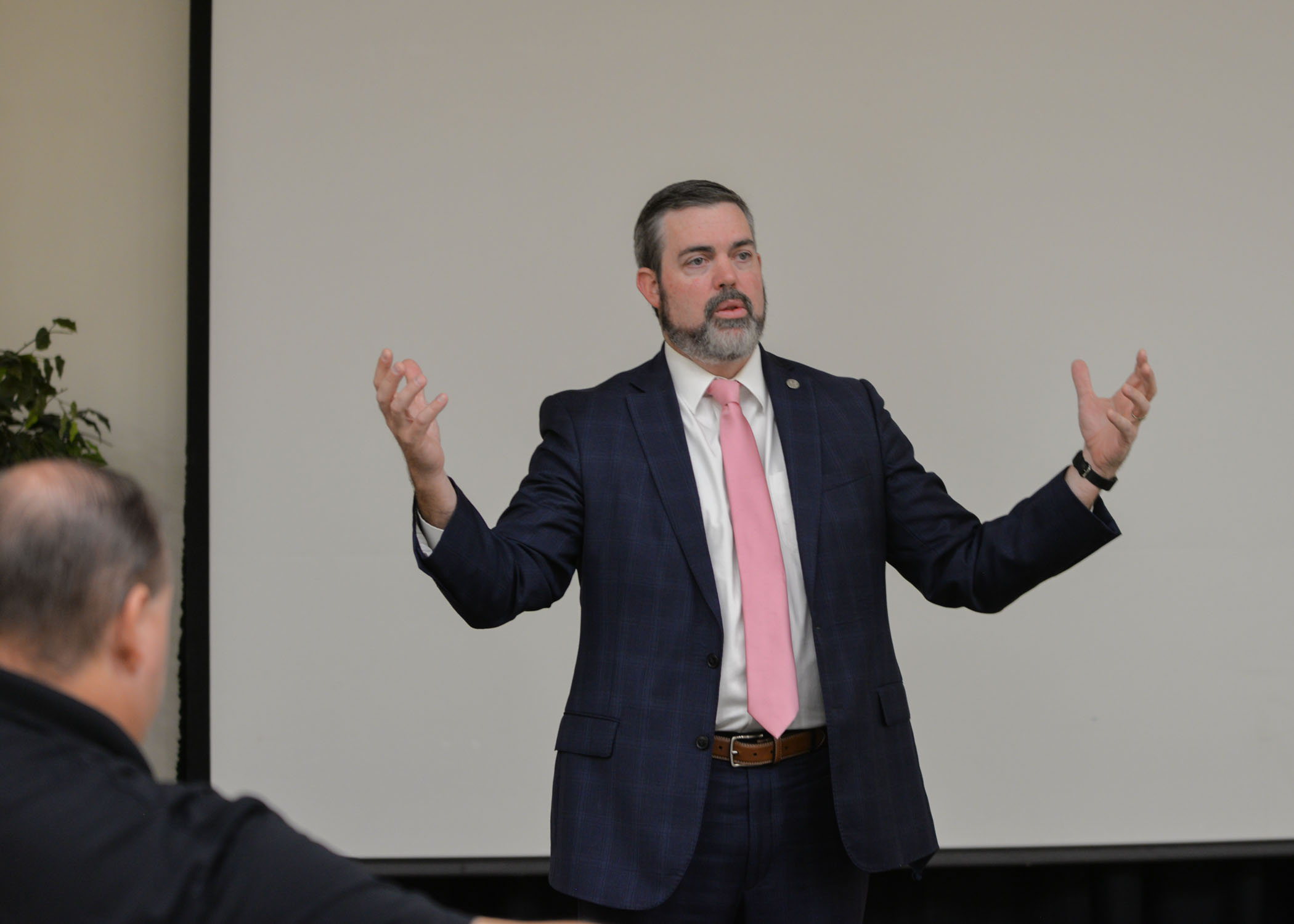 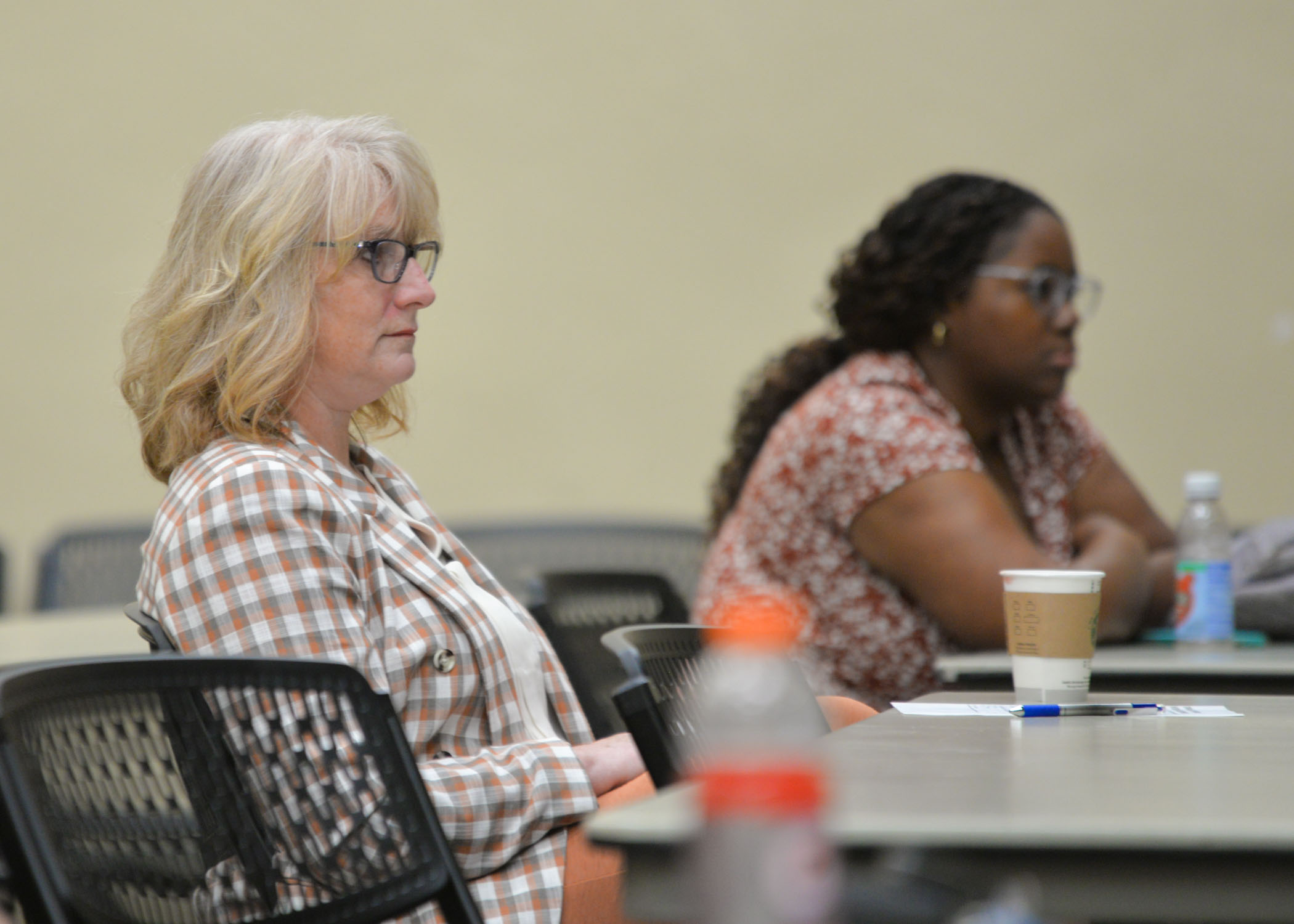 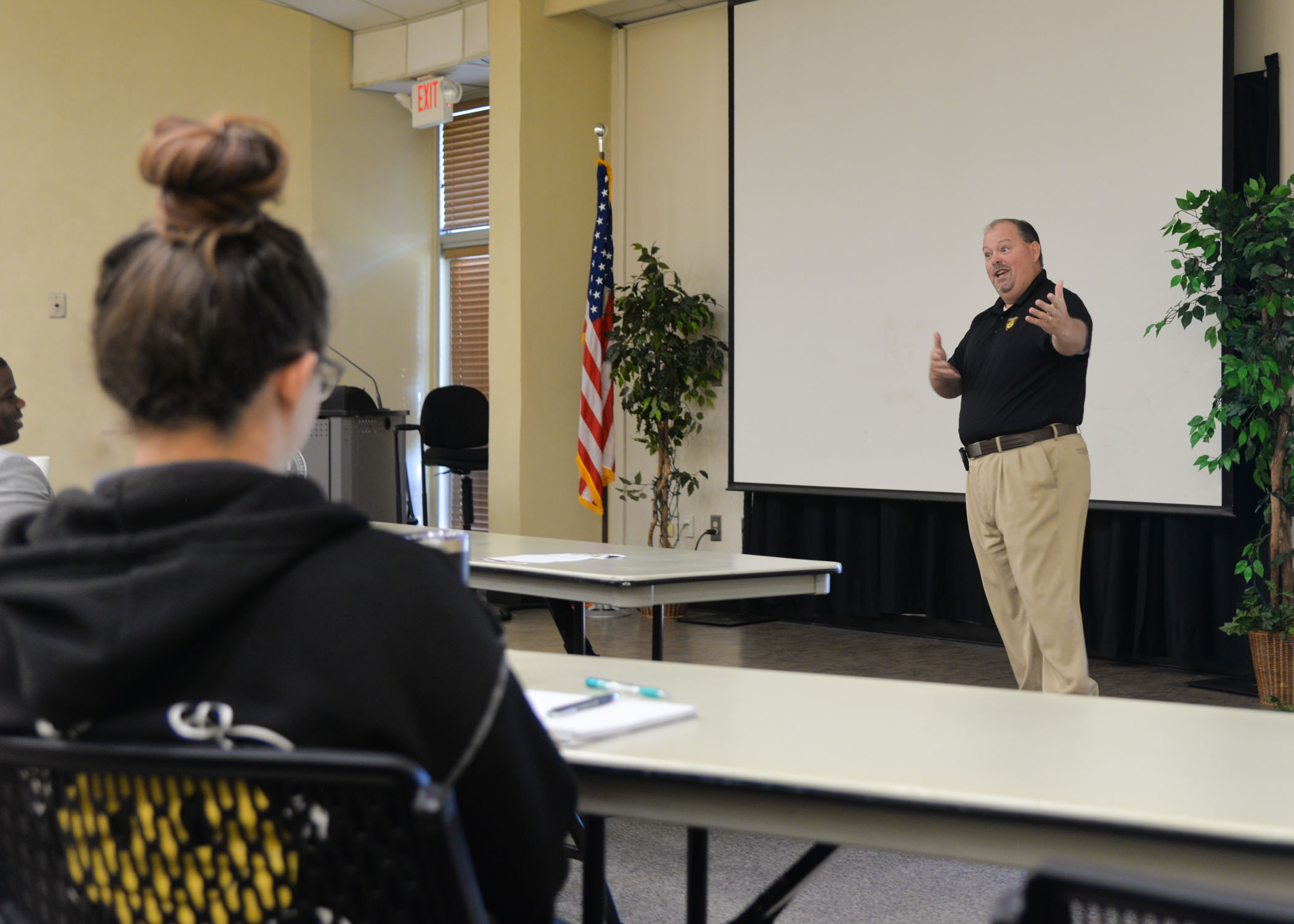 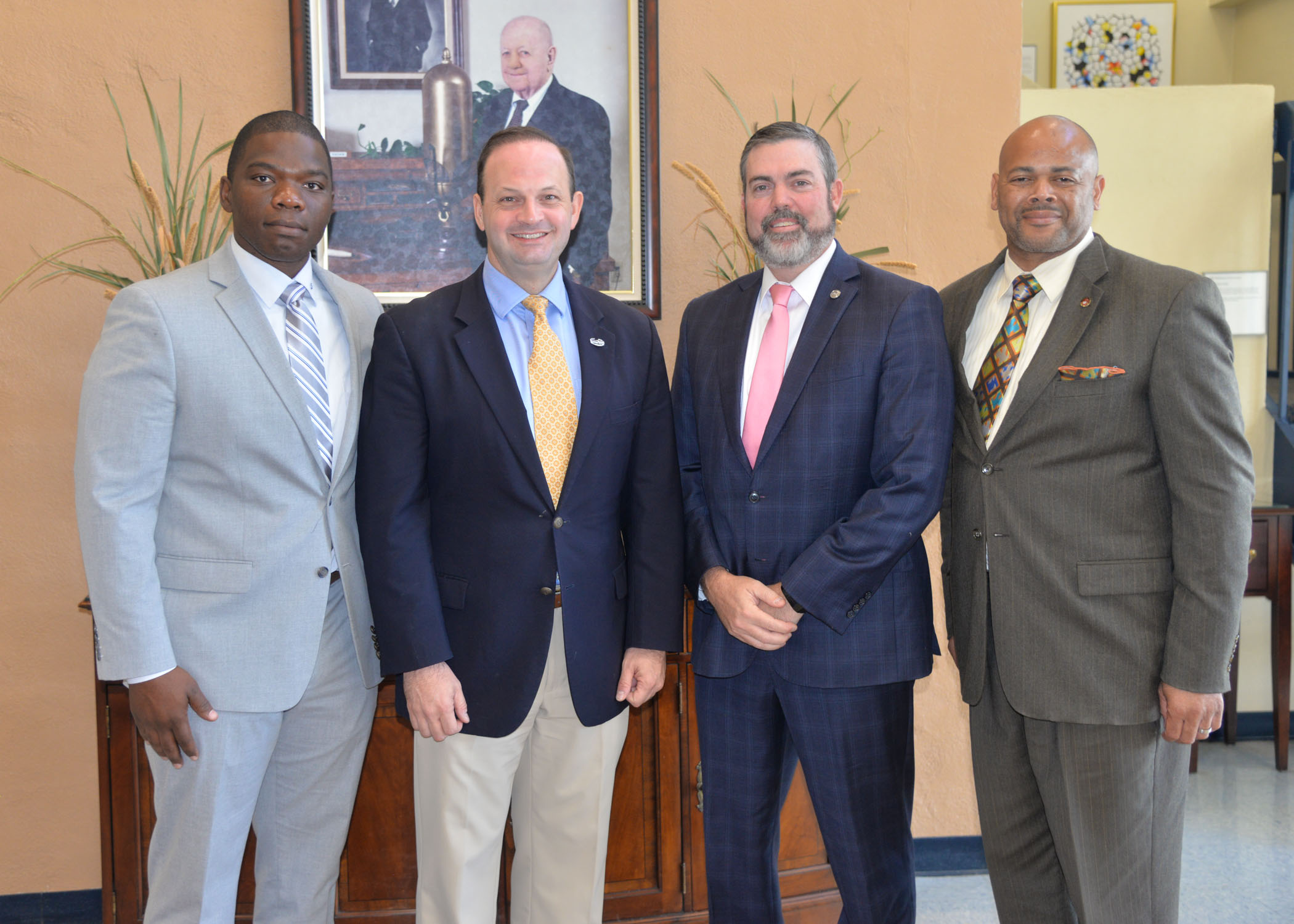