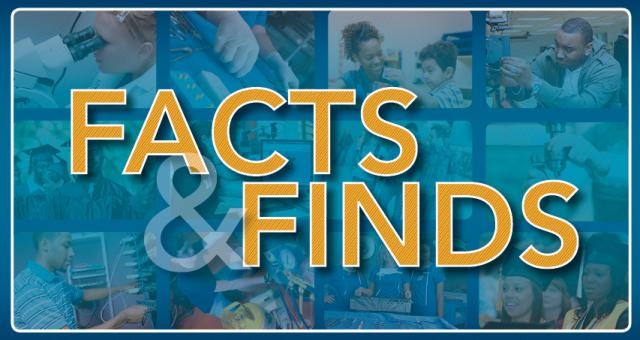 Facts and Finds: Going to College Still Pays and More...

It Still Pays to go to College, New Data Suggests

(Today) The high cost of college has left some Americans questioning whether it pays to pursue a college education, especially at a time when jobs remain scarce. A new batch of government data shows that people with a college degree earned nearly twice as much as people with a high school diploma.

In today's job market, pursuing some form of education after high school is increasingly important. But with total student debt in the U.S. approaching $1 trillion dollars and the average loan debt of a typical college student reaching $26,000, it's important to know what your options are to finance an education.

Starting at a technical college, where tuition rates are reasonable, is one good option. Understanding your financial aid options, and how student loans can affect your income is also important. This presentation from the Young Invincibles shows some likely scenarios for borrowers.

The fact that student debt has ballooned so much only further raises the question of whether graduates will be able to find good jobs in a timely manner. The latest jobs report confirms that folks with a college degree have an unemployment rate far lower than those who don't have one.

The Role of Two-Year Institutions in Four-Year Success

This report from the National Student Clearinghouse Research Center shows the increasing role of community and technical colleges as a stepping stone to a four-year degree. According to the report, 45 percent of students who received a four-year degree in 2010-11 were previously enrolled in a two-year institution.

(Jobs for the Future) A growing body of research suggests that allowing students in high school to complete even a single college class could significantly increase their chances of attending college and eventually graduating.

PTC’s dual enrollment program, which allows high school students to earn college credit while still in high school, has grown significantly over the last several years. In the fall 2012 semester alone, the program enrolled more than 900 high school students in 26 locations throughout the seven county area that PTC serves.