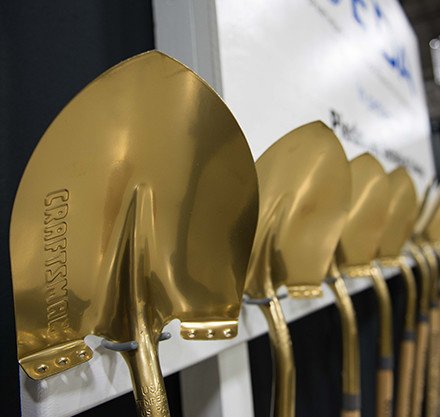 Harry Truman astutely observed that a man can accomplish a lot if he doesn’t care who gets the credit. The same can be said of the late Sen. Billy O’Dell. During his nearly 28 years of public service, O’Dell was a staunch advocate for technical education and, particularly, for Piedmont Technical College (PTC). He did not broadcast his advocacy but quietly made it a consistent practice. It is appropriate, therefore, that PTC name its planned state-of-the-art advanced manufacturing facility the William H “Billy” O’Dell Upstate Center for Manufacturing Excellence.

Approximately 100 citizens, educators, public servants and other dignitaries turned out today to witness a groundbreaking ceremony for the O’Dell Center. The O’Dell Center was made possible through the generosity and goodwill of Greenwood County voters, who passed a penny sales tax for capital projects, a $1.5 million federal grant and funds raised via the PTC Foundation.

The Moss Family also did a lot to make the new facility possible. Ms. Elizabeth Moss, a longtime supporter of the college, donated the property across the street to the college, and the O’Dell Center will be the first building on the site. 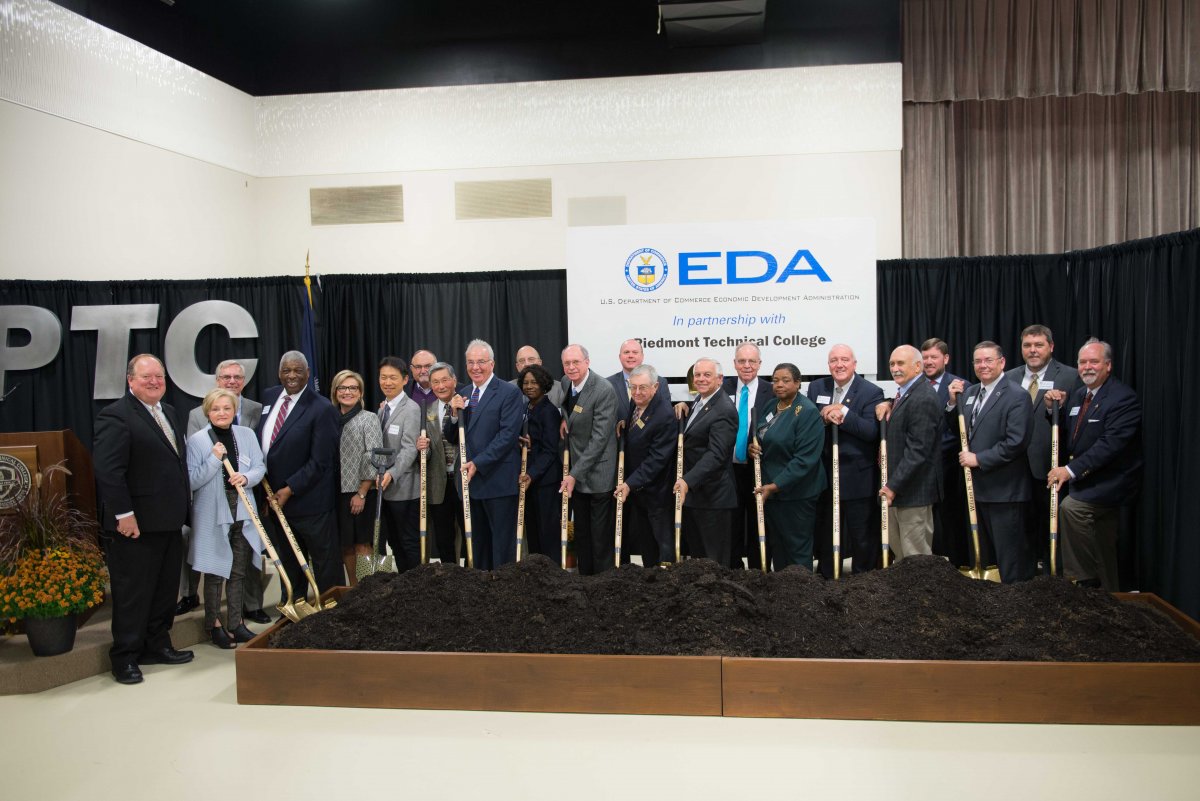 “My father came from a manufacturing background and so did his father,” said O’Dell’s son, Chip O’Dell. “We were just overwhelmed and honored that his name would be on the building, especially because it is a manufacturing and teaching facility.” The O’Dell family’s roots in manufacturing grow deep.

Established more than 60 years ago in Ware Shoals, the O’Dell Corporation has grown into a leading manufacturer of cleaning products. Over the years, the company has welcomed and even hired its apprentices from PTC.

“This facility — the O’Dell Center — will serve as a valuable magnet to attract further investment in the region,” PTC President Dr. Ray Brooks said. “Advanced manufacturing enterprises will locate where they know they can hire qualified people trained in the specific skills needed to advance their missions.”

Chris Stone, an architect with the center’s design firm LS3P Associates, explained that the facility will be visually sleek and contemporary, consistent with the look of PTC’s Newberry Campus, which the firm also designed.

“The goal is to create a custom, state-of-the-art technology training facility that has flexibility for future growth,” he said. “The building can be updated and altered to fit its new needs.”

The center will employ Green Globe standards of environmental sustainability, including the use of 100 percent recyclable metal component siding and shaded glass to support energy efficiency.

Construction will begin in early 2019, and will take approximately 12 months until completion.

“We are breaking ground on a deeper partnership between our region’s economic development efforts, the college, and our partners in industry,” said Brooks.

Currently, more than 600 students are enrolled in Industrial and Engineering credit programs each fall term. An additional 2,000 were served--last year alone--in training delivered directly to companies in Greenwood County. The new building will incorporate the latest technology to support the region's workforce development needs, and will provide the college with much needed flexibility to scale up when new companies decide to locate in the region.

“Together with the hard work of the college’s staff, our legislative delegation and our community partners, today we are taking a concrete step toward the construction of this new facility,” said George Piersol, PTC Area Commission Chair. “The O’Dell Center will be more than just a building. It will be a place where our citizens can learn the skills they need to create a better life for themselves and their families.”

Chip O’Dell described his father as “old school.” His handshake was his promise.

“I think he was called to serve. Every four years, he would sign up and run again,” O’Dell said. “His motto, even from when I was in military school, was ‘stand tall.’ Back when we didn’t have the internet, he wrote me letters. He would say:  ‘Remember who you are. Be honorable. Do the right thing. Treat people fairly. Stand tall” — just like the regal stature of the building that will bear his name.