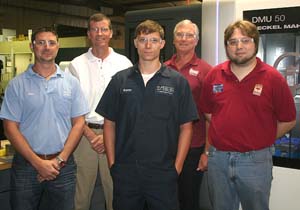 For more information on the machine tool technology program, contact Koster at (864) 941-8471 or e-mail at koster.b@ptc.edu.