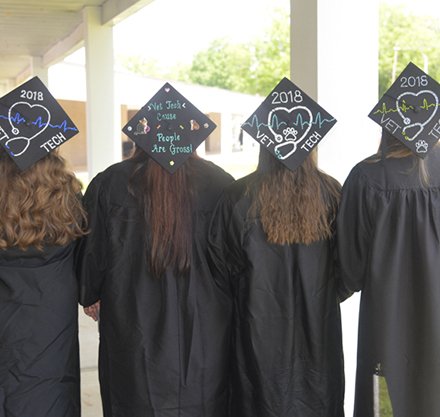 Newark, New Jersey, native Lee arrived in South Carolina in 2014. She wanted to further her education but, being the single mother of a toddler, presented obstacles. With support from her pastor, his wife, and the folks at A Place for Us Ministries in Greenwood, she was able to attend Piedmont Tech full time and work weekends in the ministry’s retail shop. On August 2, she will be realizing a dream, graduating with a double major of mechanical engineering and engineering design.

Speakers for the 7 p.m. ceremony will be Wade Timmerman and Heather Benshoof. Timmerman is a former competitive tennis player who was sidelined by an injury. His interest in health and fitness continued despite the setback, and he earned a bachelor’s in exercise science from Lander University. He will add to his credentials when he graduates from PTC with an associate in cardiovascular technology. He already has secured employment with Bon Secours St. Francis Health System.

As in the past, the Emerald City Brass will provide musical entertainment. Due to limited seating, tickets will be required for all guests attending the graduation ceremony. Each individual ticketholder, including children, will be entitled to one seat only.

A group of veterinary technology graduates from the Spring 2018 commencement display their decorated caps.