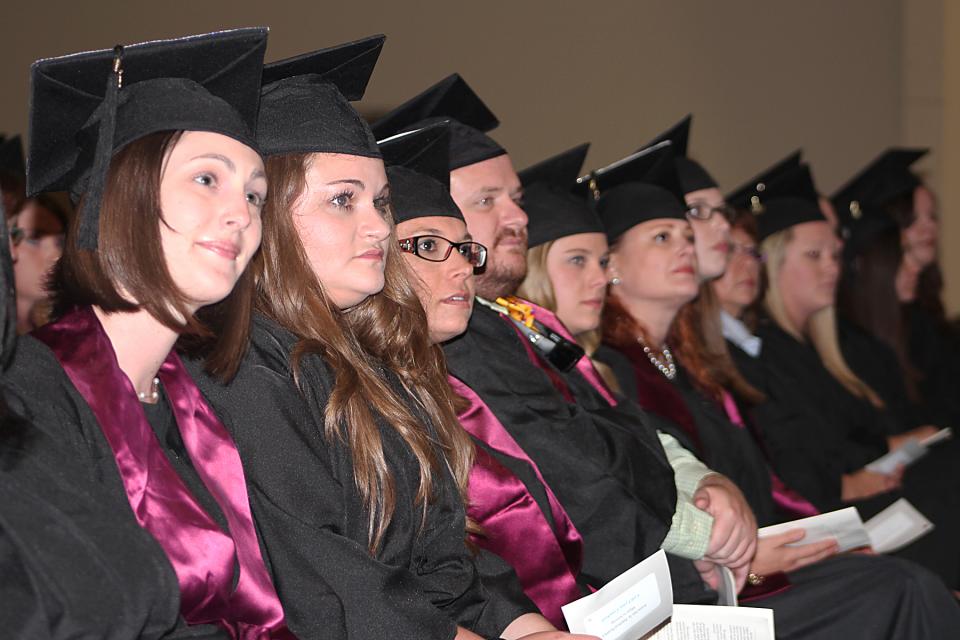 Commencement exercises will begin at 3 p.m. for health science and nursing graduates. A ceremony will be held at 7 p.m. for Associate in Arts, Associate in Science, business and information technology, industrial and engineering technology graduates. Both commencement exercises will be held in the James Medford Family Event Center at Piedmont Technical College in Greenwood.

In recognition of their excellence and the stories they have told about their journeys in higher education, five graduating students will be speaking at the commencement ceremony - two in the afternoon and three in the evening.

Chad Maxon, a resident of Clinton, wanted to go into the health care field, but he didn’t want to be a doctor or nurse. He explored the options at Piedmont Technical College and chose radiologic technology. He will be receiving his Associate in Applied Science degree with a major in Radiologic Technology. He plans to explore specializing in CT or radiation therapy.

Ashley Walker is a resident of Mountville. She enrolled at Piedmont Tech in the agriculture program, but knew her heart was in health care. The difference a caring nurse made in the life of her ailing grandfather sparked the desire to help people. She will be receiving her Associate in Applied Science degree with a major in Nursing.

Ron Aderhold, a resident of Greenwood, came to South Carolina from Wisconsin for his job as a general contractor, but decided he needed to go back to college when the economy declined. He considered the health care field, but decided to fall back on his business background. He will be receiving his Associate in Applied Science Degree with a major in Business Management.

Morgan Fultz began her Piedmont Technical College career as a dual enrollment student at Dixie High School. The Due West native will be receiving her Associate in Arts degree. She plans to continue her education at Clemson University, pursing a bachelor’s degree in English before entering the United States Army as a Second Lieutenant through Clemson’s ROTC program.

Jeremy Houchins, a resident of Greenwood, grew up taking his toys apart to see how they worked. He will be receiving his Associate in Applied Science degree with a major in Electronic Engineering Technology. He is pursuing his bachelor’s degree through the 2+2 program with South Carolina State University.

A special feature of commencement exercises will be recognition of top graduates from Abbeville, Edgefield, Greenwood, Laurens, McCormick, Newberry and Saluda counties.

After a year of fully virtual instruction, McCormick County School District and Piedmont Technical College (PTC) will be returning the McCormick Middle College to its original home on the PTC McCormick County Campus this fall term.

It’s a job applicant’s market, as area employers report challenges filling vacancies. That makes it an ideal time to seek employment and upgrade skills. Piedmont Technical College (PTC) offers myriad short-term training opportunities that are 100% covered by a collection of state and federal pandemic recovery-related funding, enabling even those still receiving unemployment benefits to train for and secure a well-paying job in just weeks.