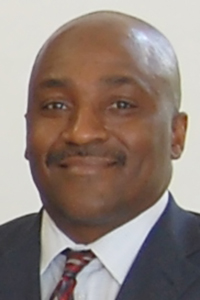 More than 450 graduates of Piedmont Technical College will receive certificates, diplomas and associate degrees during spring commencement exercises on May 12.

Commencement exercises will begin at 7 p.m. at the Finis Horne Arena at Lander University, and graduates as well as guests are encouraged to arrive early. Once occupancy reaches capacity, additional guests will not be permitted to enter.

Principal speaker for the event will be Dr. Darrell Johnson, who is in his seventh year as superintendent of Greenwood School District 50. He also was an assistant superintendent for student services for Rock Hill School District Three for five years. Johnson formerly was principal of Sunset Park Elementary School and assistant principal at Rock Hill High School. He was a language art and journalism teacher at Clover Junior High School and an English teacher Clover High School.

Johnson earned three degrees from Winthrop University: Education Specialist in Administration and Supervision, Master of English and Bachelor of English. He received his doctorate degree from South Carolina State University. Johnson received the Winthrop University College of Education’s 1996 Award of Excellence. He is a member of Phi Delta Kappa as well as an NCAA Division I Basketball Official. He has officiated in three NCAA Regional Basketball Tournaments.

The event is open to the public at no charge.