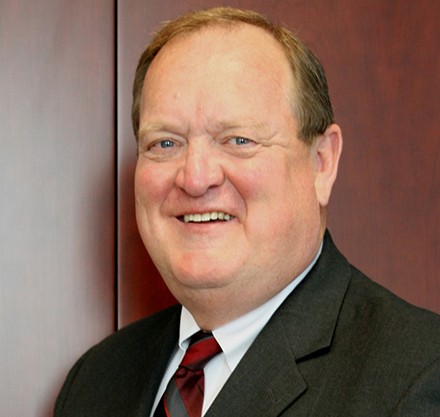 Dr. Ray Brooks, president of Piedmont Technical College, has announced plans to retire on June 30, 2017, at the end of the current academic year.

Brooks made his plans official in a meeting with the college's Area Commission on Tuesday evening. He has led the institution since March 2008.

"The Commission is appreciative for his experienced leadership over the last eight years, and we are fully supportive of the important initiatives begun during his tenure," he said.

The Piedmont Technical College Area Commission plans to search for a new president in accordance with the policy set by the South Carolina Board for Technical and Comprehensive Education.

The college's second president in 50 years, Brooks has led the institution through historic surges in enrollment and the financial challenges of a record-setting recession. Under his leadership, the college has emerged on firm financial and operational footing, and has garnered nationwide accolades for its work in a number of areas.

The college has built stronger relationships with the communities it serves, including innovative public/private partnerships like the development of the Center for Advanced Manufacturing in Laurens County; the urban renewal project that led to a cutting-edge new campus in Newberry; and a host of program and operational improvements designed to better position the college to respond to student needs.

During his tenure at PTC, Brooks has led the college to adopt institution-wide continuous improvement systems, including a groundbreaking implementation of the Lean methodology in a higher education setting that was awarded the Bellwether award--a national prize that recognizes outstanding and innovative programs in community college education. Piedmont Technical College is the first and only college from South Carolina to be recognized with this award.

In a letter to the campus, Brooks said, "It has been an honor and a privilege to have had the opportunity to share in the important work this institution does every day."

"This work goes on, and there's much more to be done. I look forward to working in the coming months to ensure the state of the college is strong, and that we're well positioned for the future," he said.