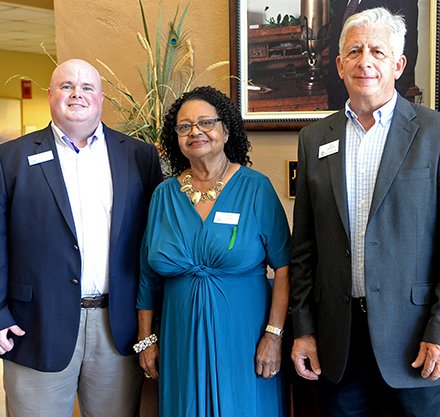 The Piedmont Technical College Foundation has named several new board members for the coming year. They are Mamie Banks of McCormick County, and Dan Martins and Jamie McClain of Greenwood County.

Martins serves as plant manager for Teijin Holdings in Greenwood. He holds a bachelor’s degree in ceramic engineering from Clemson University and an MBA from the University of South Carolina. He currently is a member of the Greenwood LEPC (Local Emergency Preparedness Committee and the Greenwood Chamber of Commerce  and previously served as chairperson of the Greenwood Partnership Alliance and campaign co-chair for Greenwood United Way. Martins and his wife, Beth, have two children, Brian and Lauren.

McClain is the finance director for Capsugel in Greenwood. He served on the United Way 2017 Investment Volunteer Committee and participated on Capsugel's Dance Team in "Dancing with Greenwood Stars" to support Beyond Abuse. McClain is an active member of Brookwood Church in Simpsonville.