Gabe Stumbo’s career path is moving along almost as smoothly as the impeccable assembly lines at BMW in Greer. The Piedmont Technical College (PTC) mechatronics major began a competitive two-year manufacturing apprenticeship known as BMW Scholars just last year. Ultimately, Stumbo hopes the experience will garner a permanent job offer. Based on the program’s long-term reputation, there is an extremely good chance of that.

“At this point, we have made about 99% of those who finished the program an offer,” said BMW Scholars Supervisor Eugene Grant. “The program is definitely building a track record of graduating high-quality people.”

Grant noted that, not only does the program help BMW recruit a qualified workforce, but Scholar recruits tend to stay once they are hired, largely because of the relationship they have developed with the company over the course of their apprenticeship. 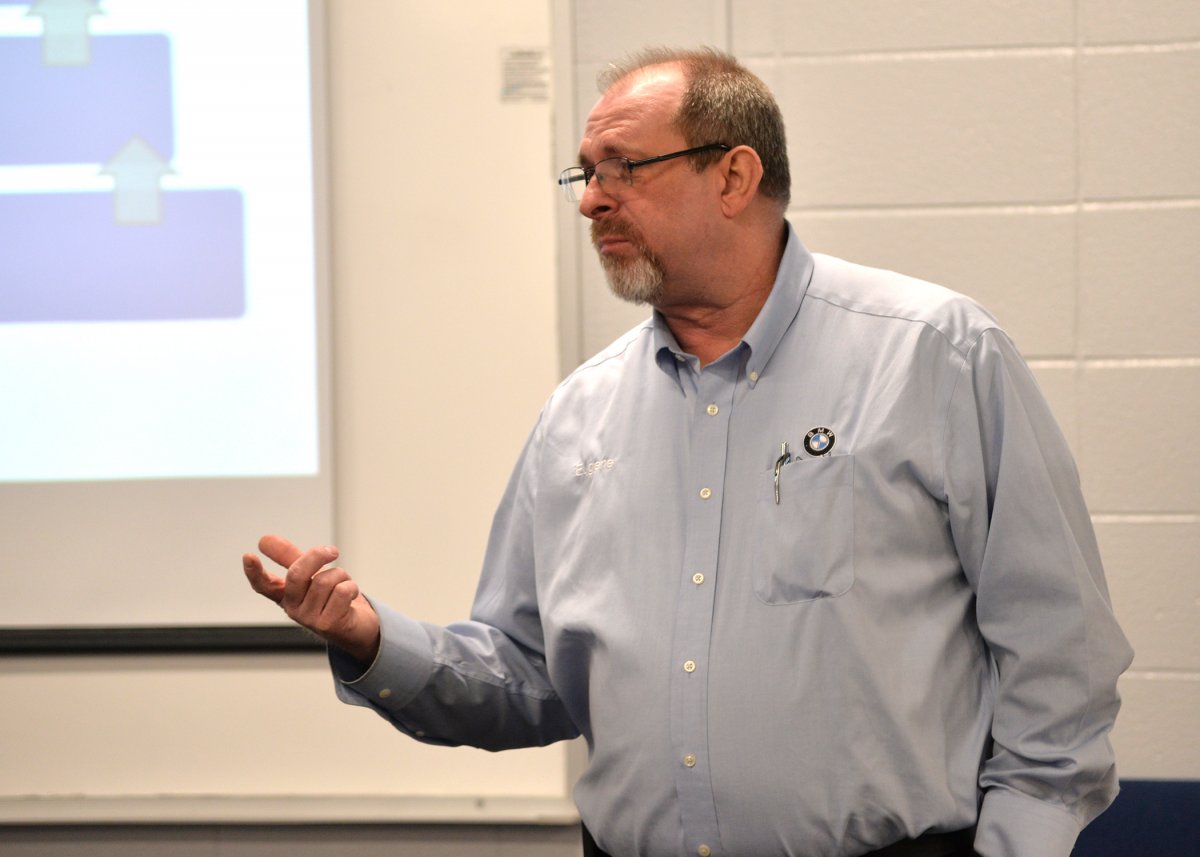 “The retention of our graduates is extremely good,” he said. “From a business perspective, when training future talent for the plant, we want to hold on to them if we can.”

Since the BMW Scholars Program began in 2011, BMW has hired nearly 300 graduates. Growth has been swift and consistent. The inaugural class in 2011 had 14 Scholars. Last year’s graduating class numbered 76, its largest yet. PTC is one of four technical colleges partnering with BMW to send student applicants into the program. The bar for admission is high, and applicants are extensively vetted before acceptance.

BMW Scholars accepted Stumbo last October, and he began the program in December. The first year is heavily classroom-based, focusing on core competencies, at the training center on the BMW Greer campus. To maintain program eligibility, Scholars are required to sustain full-time enrollment year-round in a degree program related to one of the BMW Scholar tracks, which include mechatronics, maintenance, automotive, robotics, engineering, welding and logistics. Scholars put in 20 hours a week at BMW and are paid, like a second job, at a starting rate of $13.50 per hour, which is increased each semester.

Stumbo is looking at the experience as an audition of sorts. Employment is not guaranteed but remains a strong likelihood. Still, there is no time for complacency. The conscientious 19-year-old is leaving nothing to chance.

“In Year Two, we go into the plant and work under different supervisors and section leaders,” he said. “My goal is, when I go into those places, to make the best impression I can, to try my best in every single job.”

Over the course of the apprenticeship, each Scholar is continually ranked based on their performance. After the two years are completed, Stumbo says, the Scholars are entered into a process that could be likened to the NFL draft. The plant’s section leaders then hand-pick which Scholars they want for their areas. The competitive nature of it can be a strong motivator for the apprentices. “A little competition goes a long way,” Grant said. 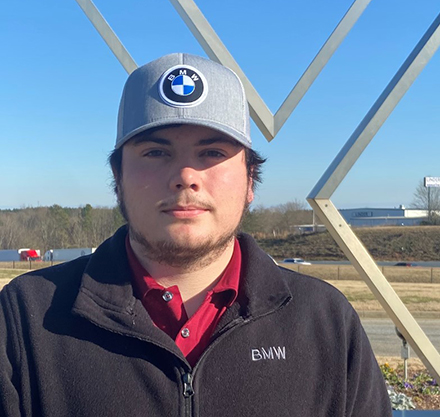 The program is rigorous, but Stumbo noted that it very closely corresponds with the classes he has taken at PTC, and he has felt confident in his preparation so far.

“The skills I have learned at PTC have been very similar to what I’m applying now at BMW,” he said. “I am incredibly blessed that I got into this program. … When you go into the plant, it really makes your jaw drop, how efficient the robots are. You have to see it to believe it.”

At a time in his life when one’s choices can powerfully affect one’s destiny, Stumbo has no doubts that BMW Scholars is the right choice for him.

“It was one of the best decisions I have made in my life. I can already see that,” he said. “It’s just the opportunity of a lifetime. I am so honored to be accepted into this program.”

The next BMW Scholars class begins in August; new classes typically begin in August and December annually. For more information or to apply, go to www.bmwusfactory.com/careers/scholars.