Piedmont Technical College (PTC) commercial truck driving instructors enjoyed the company of some delightful and highly engaged backseat drivers in January at the college’s CDL Skills Pad on the outskirts of Greenwood. The opinionated visitors, aged 6- to 10 years old, didn’t hesitate to tell the seasoned truckers how they might do their job better. 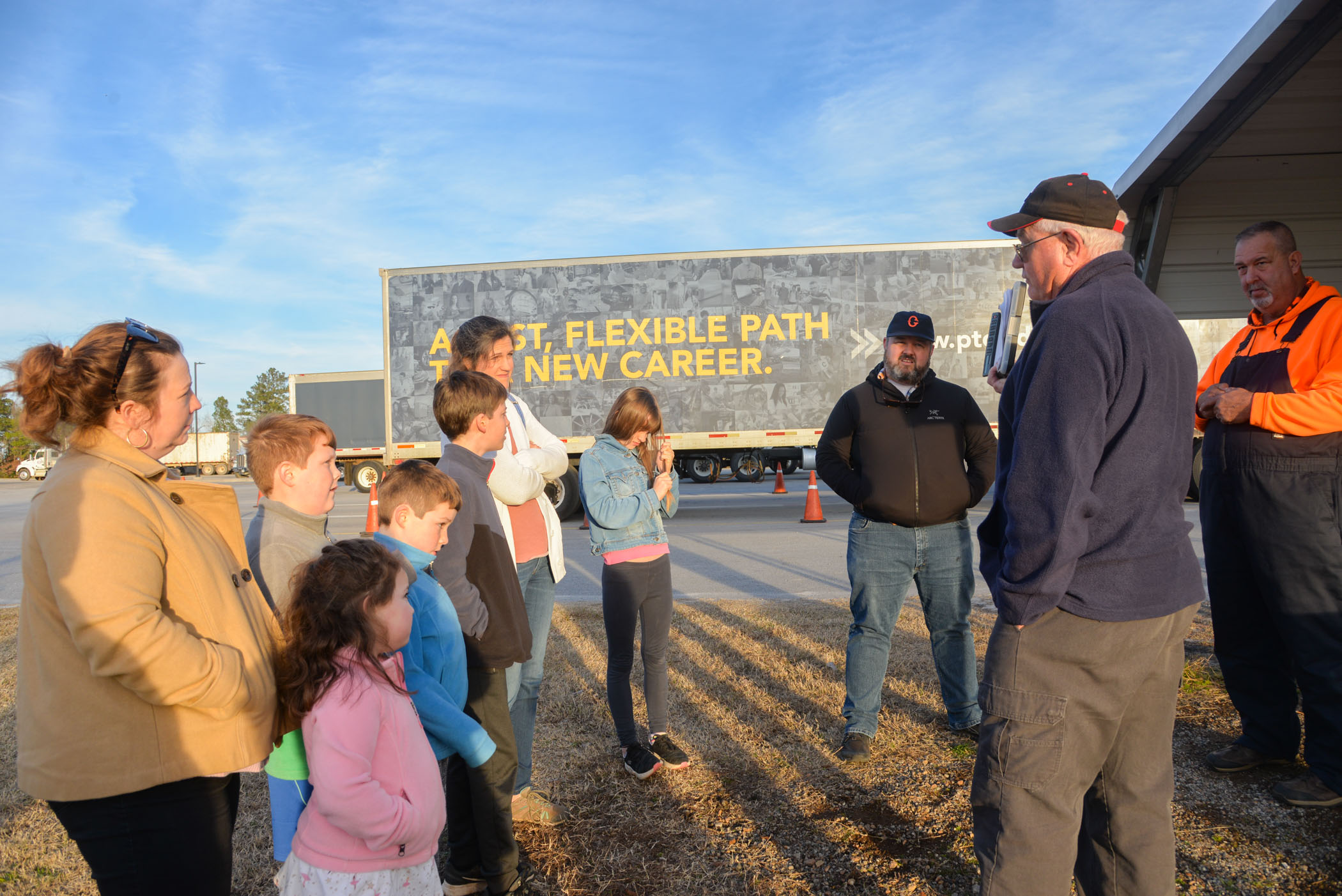 Members of the Arts Center of Greenwood’s FIRST Lego League team, the children were preparing to compete with other teams of youngsters in Lego robotics competitions. Their focus on this day, however, was on transportation innovation. After careful though and collaboration, the team developed a proposal to address the shortage of truck drivers. Their idea was to foster technology that would enable people to drive semi trucks remotely from a driver command center, with the driver wearing a virtual reality headset. This also could be carried out from a variety of locations.

“The team called themselves the Transportation Turtles,” said Paul Cuenin, one of the team’s coaches and the Arts Center’s board chairman. “Beginning last October, we met weekly to work on ideas for navigating an obstacle course with a Lego robot in competition with other FIRST Lego League teams.” 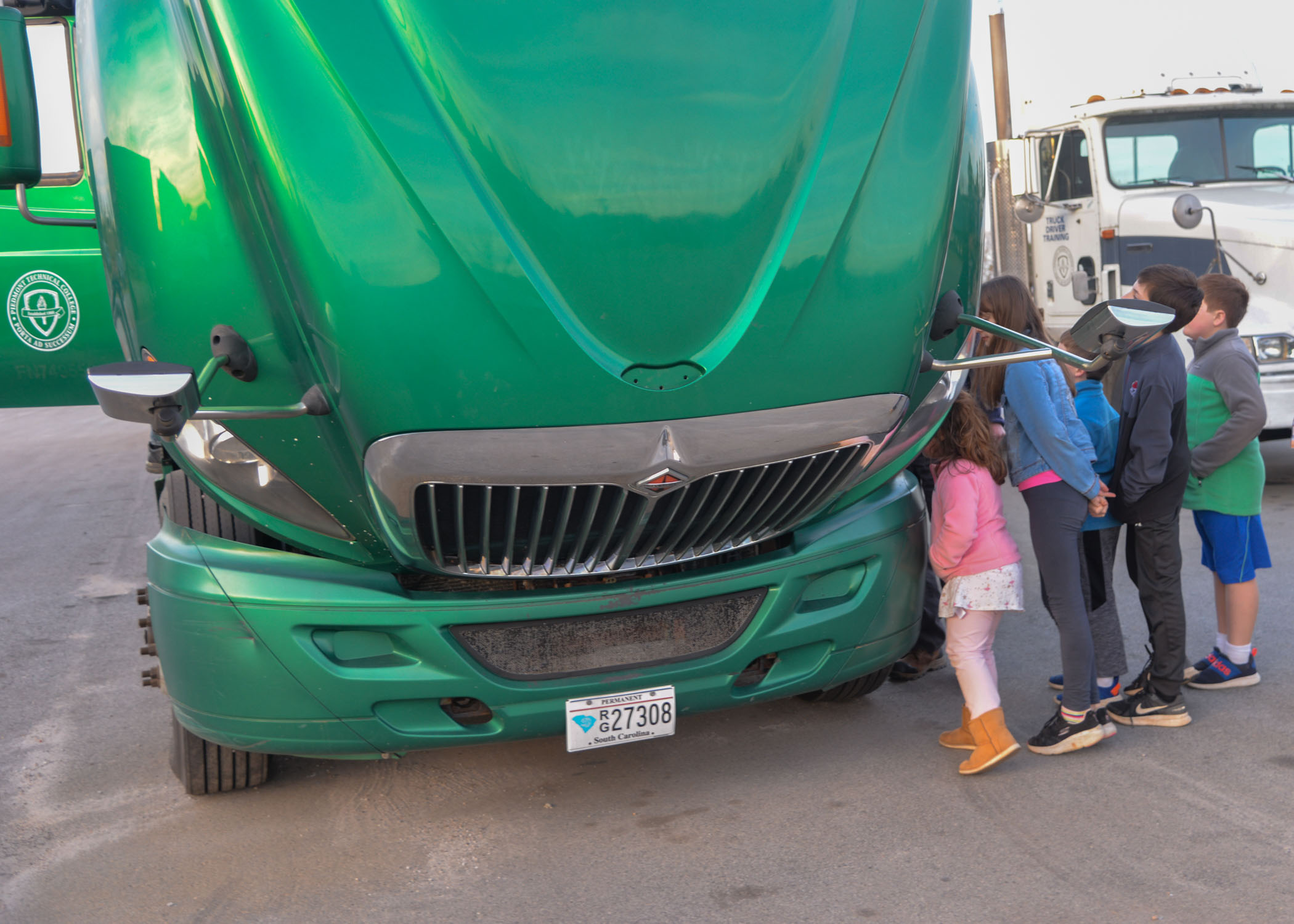 Recently, the Transportation Turtles competed in Greenville in an effort to finish as one of the top three teams qualified to compete in the state championship. “Our team finished 9th out of 17 teams,” Cuenin said. “It was a great experience for them.” 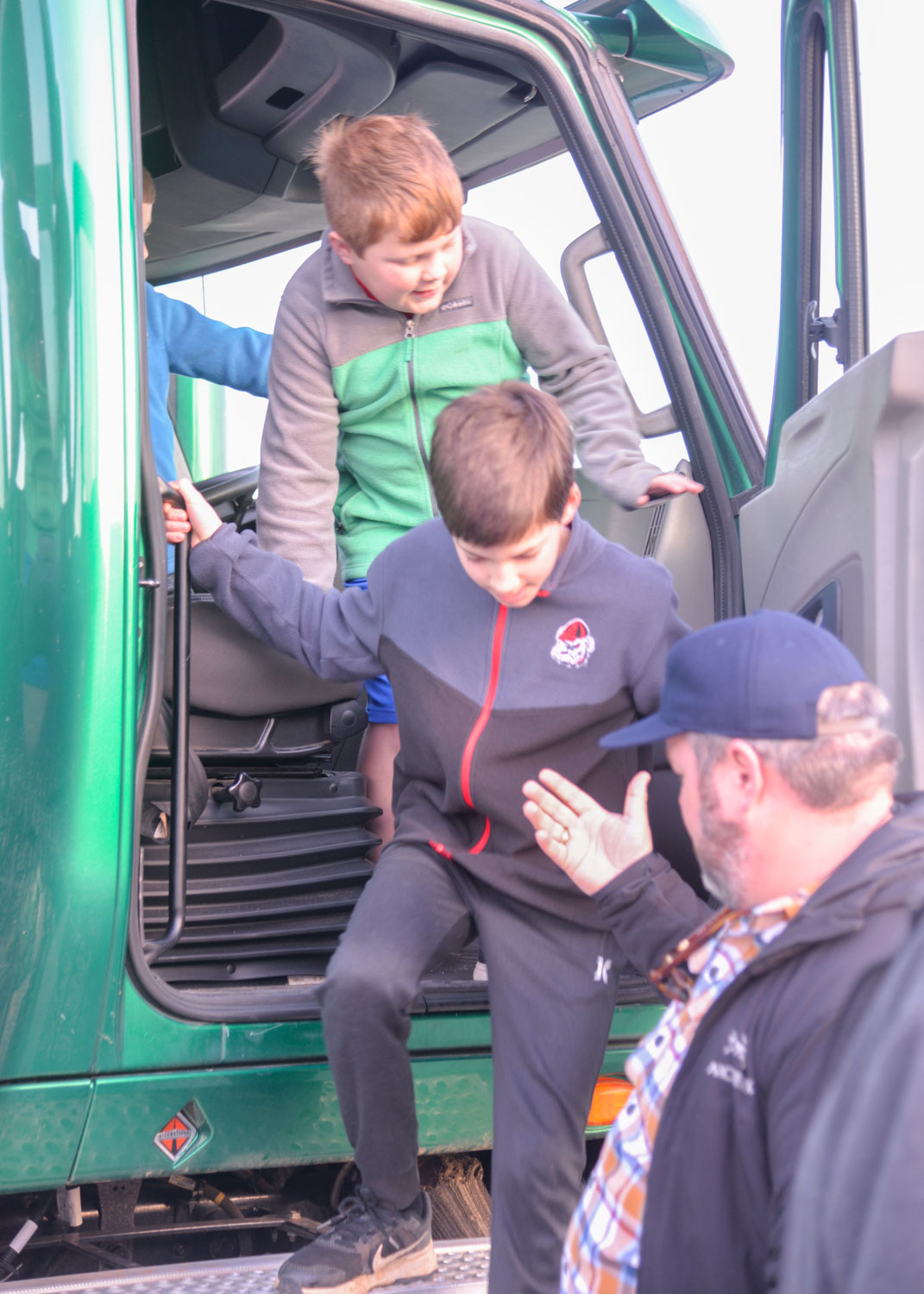 Cuenin noted that, while the recent season is over, most team members expressed the desire to return to competition later this year. “If we have enough interest, we can always add another team,” he said. 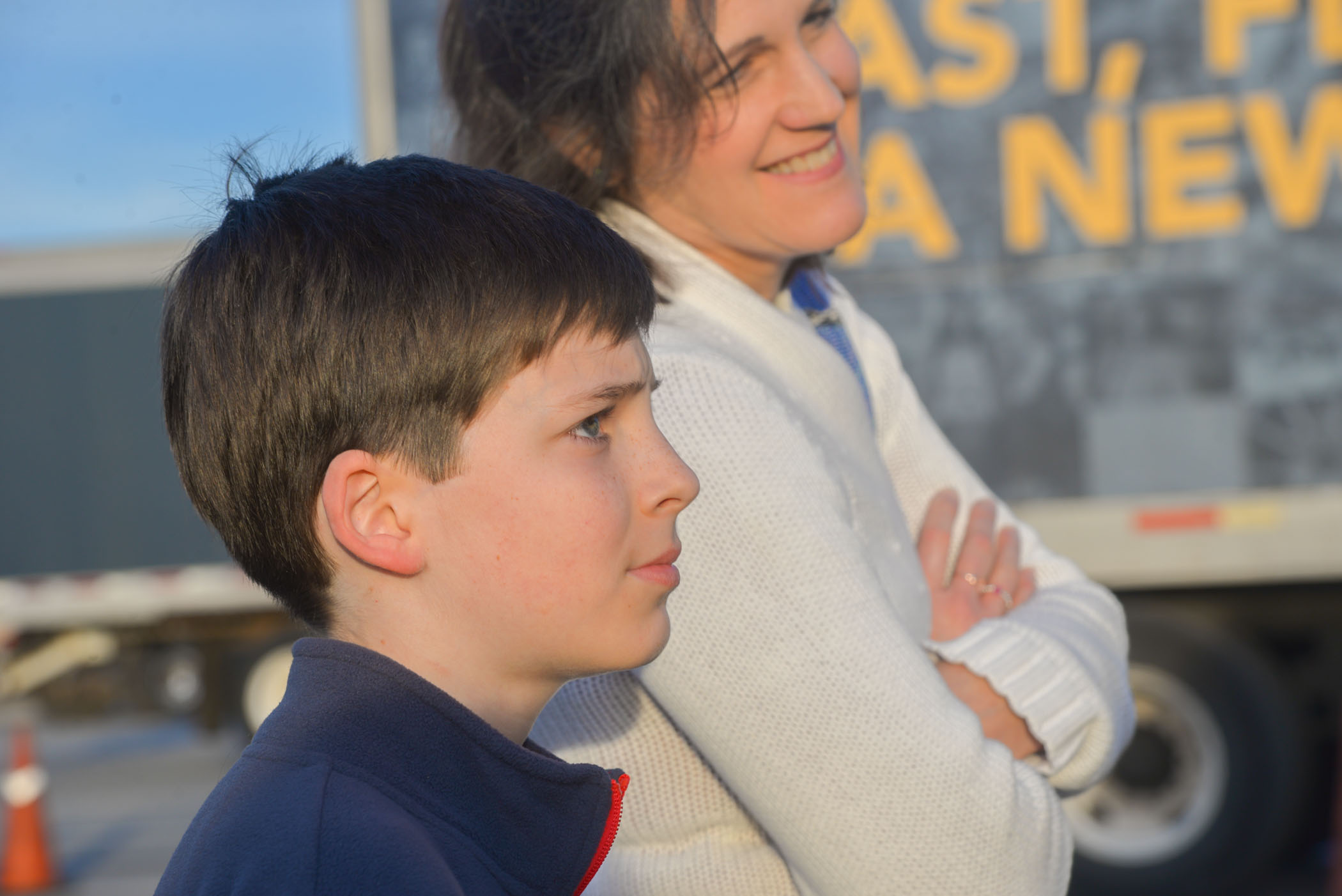 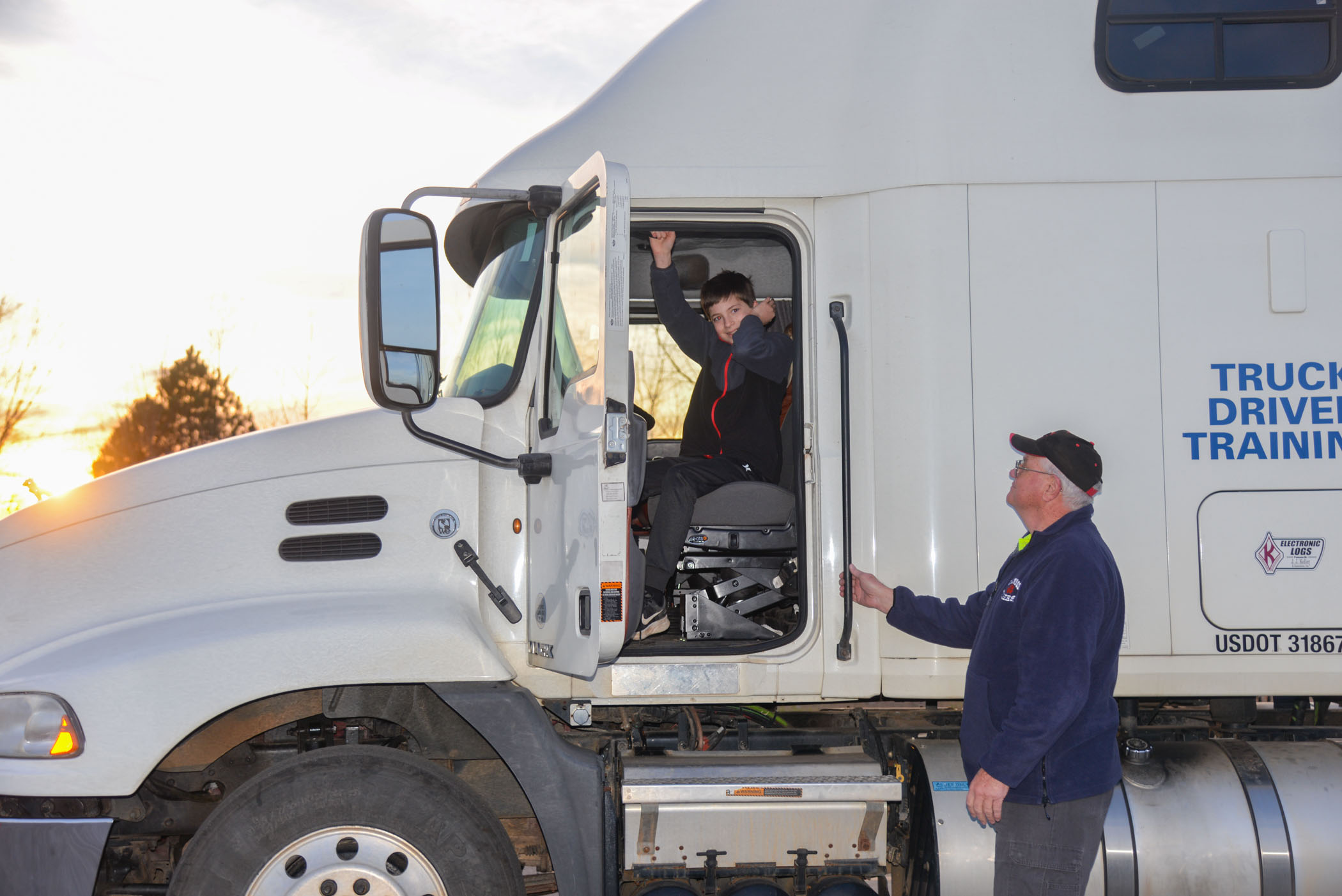 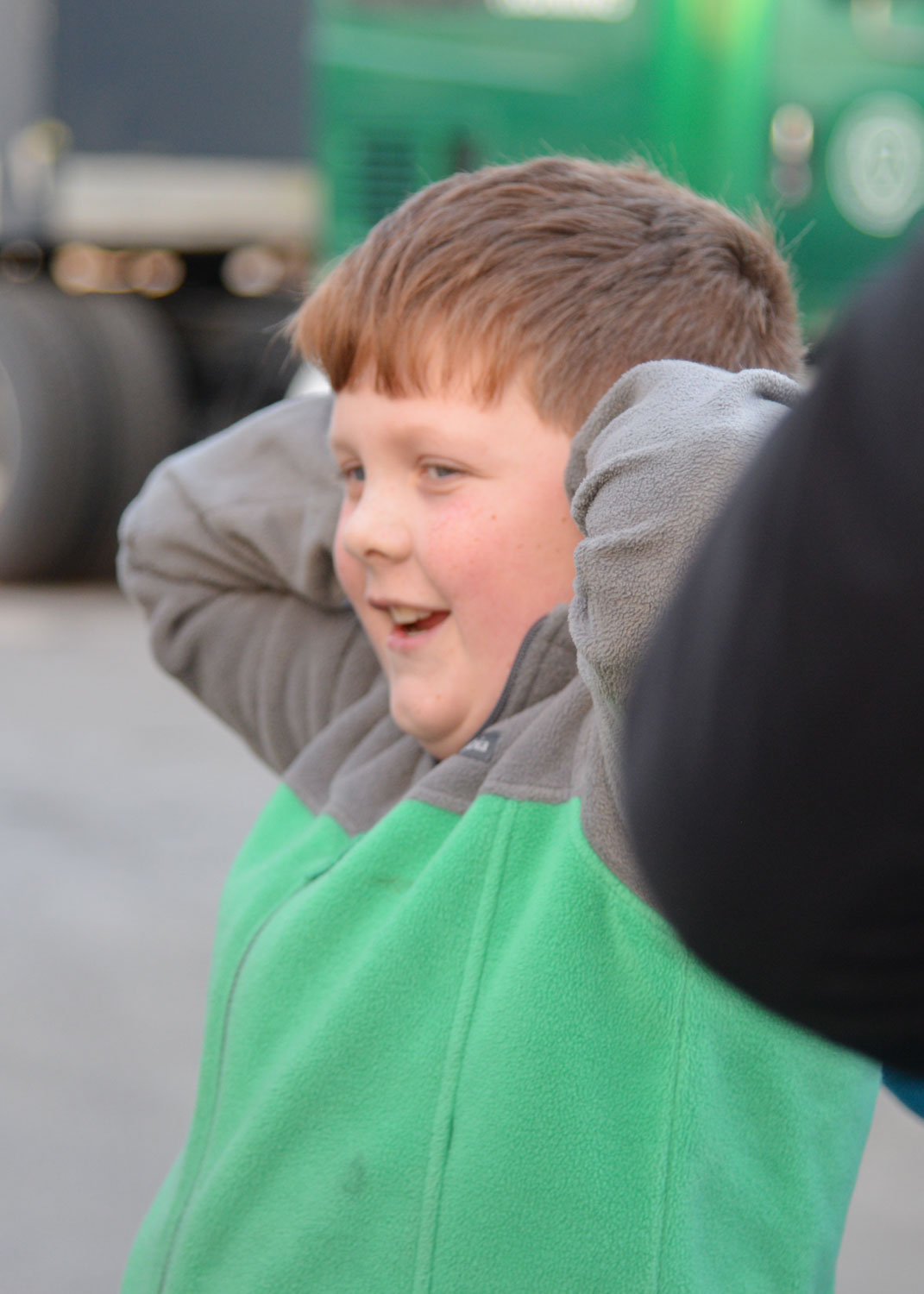 PHOTOS:
•    Members of the Transportation Turtles FIRST Lego League Team, from left:  Elizabeth Floyd, Riley Floyd, Paul Cuenin, Eustace Cuenin, Michael Floyd, and Nathanael Cuenin
•    The curious youngsters look to see what’s under the big truck’s hood.
•    The students got to visit inside the big cab.
•    The horn is LOUD!