From the Marine Corps to the hospital floor, recent Piedmont Technical College (PTC) graduate John Matthews is quietly living the values of honor, integrity, commitment, and duty. After six years as a Marine, Matthews is starting a second chapter utilizing the associate degree in nursing he received this spring. He already has accepted a position in the medical/surgical unit at Aiken Regional Medical Centers and plans to work on his bachelor’s degree.

While the modest 31-year-old is reluctant to bring attention on himself, he was subjected to dual public recognitions as the spring term drew to a close. Not only was he singled out to receive the Distinguished Student Award in the ADN Program but during a subsequent nurse pinning ceremony was presented with the Overall Nursing Student Award for demonstrated excellence in the classroom as well as in the clinical area.

“I am honored. There are so many highly intelligent people here,” Matthews said of receiving the awards. “I am humbled. It means a lot.”

“John was a transfer student who came into our program in the middle of the pandemic,” said Miranda Gaillard, PTC department head and nursing instructor. “He got good grades and was a very engaged student. One time during clinicals, we had a critical COVID patient, and he jumped right in and performed CPR without hesitation. He really worked hard throughout the entire program.” 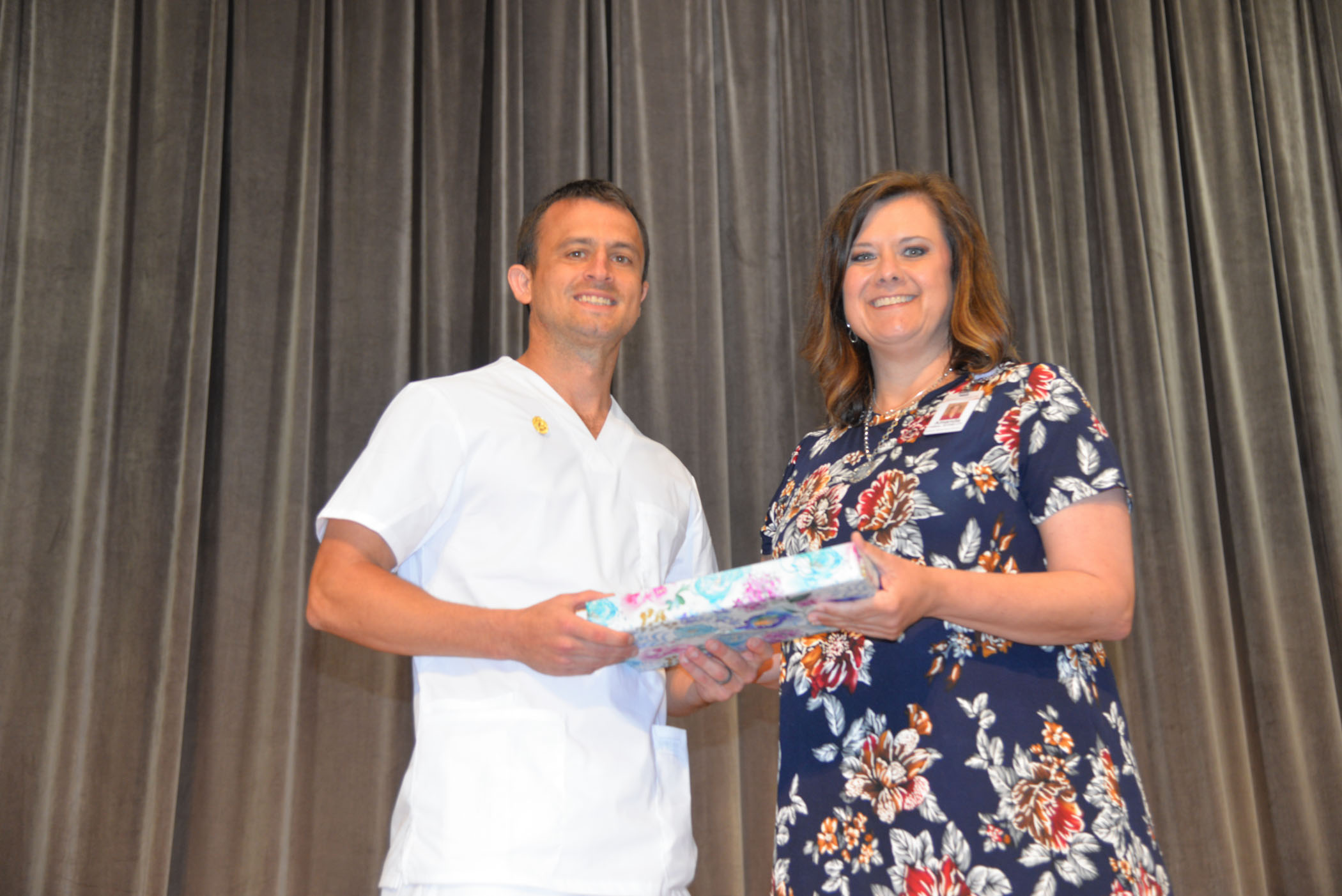 Matthews noted that he is most grateful for the support of his family throughout his educational journey, particularly his wife, Paige, and mother, Cathy. John and Paige Matthews are the parents of two boys, Brayden, age 3, and Tyler, age 1.

“I am thankful for them just being there every time I needed them,” he said.

•    John Matthews accepts the gift of a stethoscope upon receiving the Overall Nursing Student Award from Amanda Fallaw, director of human resources at Wesley Commons

•    John Matthews holds a candle as he recites the Nursing Creed