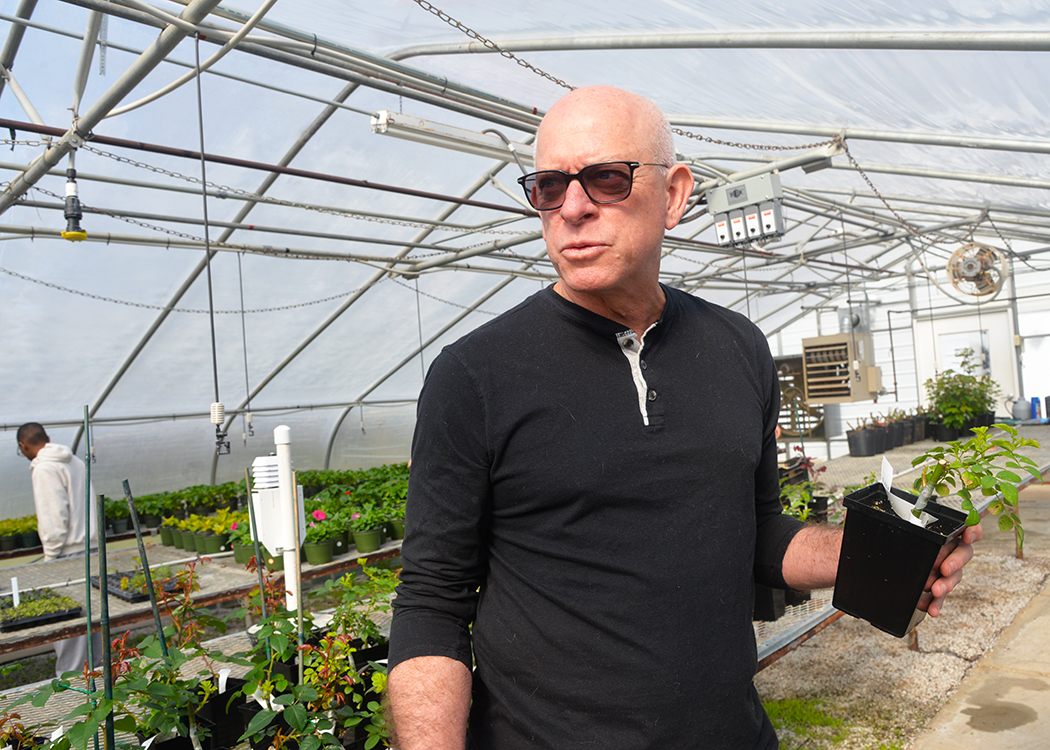 The project began in October 2018, when Jackson & Perkins Brand Manager Wes Harvell and Rosarian Paul Zimmerman worked with Daniel Greenwell, program director for horticulture and agriculture at PTC, to pot up some 400 virus-indexed Rosa multiflora rootstock cuttings from the University of California, Davis, for rooting. This step is a prerequisite to the main show, which is to graft novel rose cultivars from a rose hybridizer in New Zealand onto the Rosa multiflora rootstock. To support the rooting, PTC horticulture students installed an irrigation system programmed to mist the plants several times each day in the PTC greenhouse.

“This is a great opportunity for our students to witness and participate in a plant quarantine program and learn the necessary steps to develop roses for the American market,” Greenwell said. “Through the various stages of the trial, PTC horticulture students will learn how to graft, plant, prune, evaluate and provide general care for roses from top rose experts in the country.” 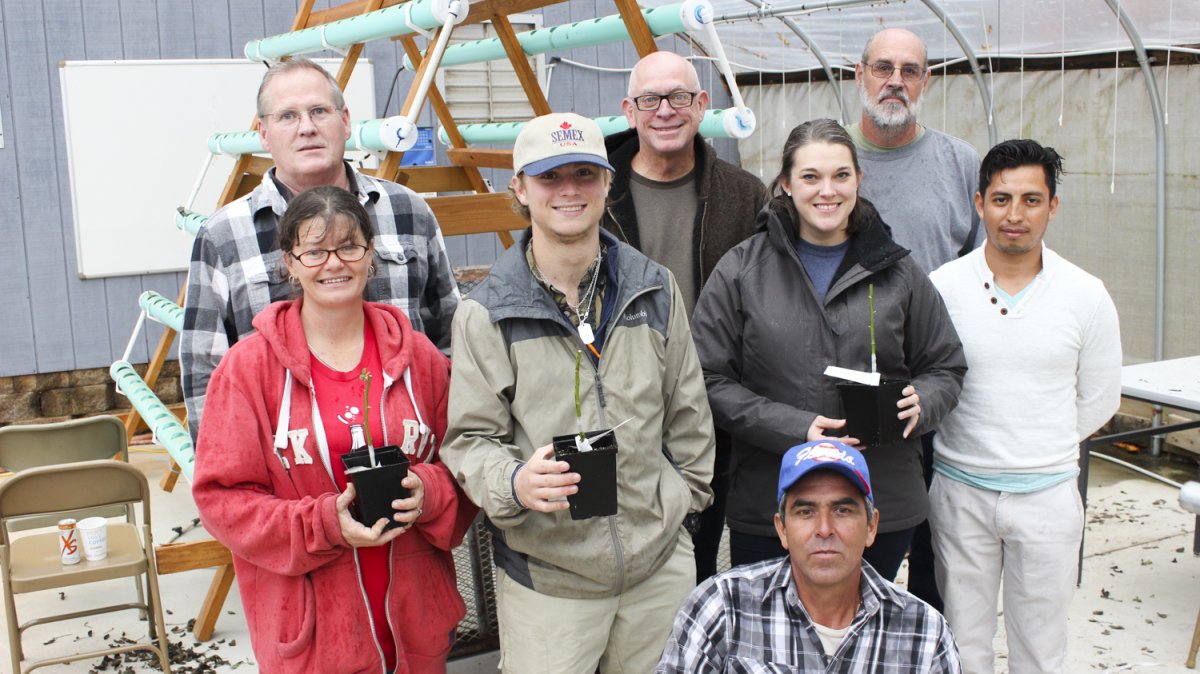 On December 1, a team of rose propagation experts from Florida who were contracted by Jackson & Perkins, visited the PTC horticulture greenhouses to direct the technical procedure of grafting buds from the desired rose varieties onto the stem of the Rosa multiflora rootstock.

“This form of grafting, called ‘chip budding,’ takes a keen eye, a steady hand and lots of practice because it requires that the vascular system of the scion (bud) and the rootstock be in perfect alignment for a successful union to be achieved,” Greenwell said.

After spending some time observing the grafting procedure, horticulture students jumped in and started practicing grafting for themselves under the close guidance of the experts.

The general idea is to allow the new rose varieties that may have weaker roots to survive and thrive with the support of the underlying, hardier rootstock,” Greenwell explained. “Depending on how many of the graft unions succeed, we expect to transplant between 300 and 350 plants that will include 30 new rose cultivars never before grown in the U.S. into the field behind our greenhouse, where they will ultimately be trialed and quarantined annually.” 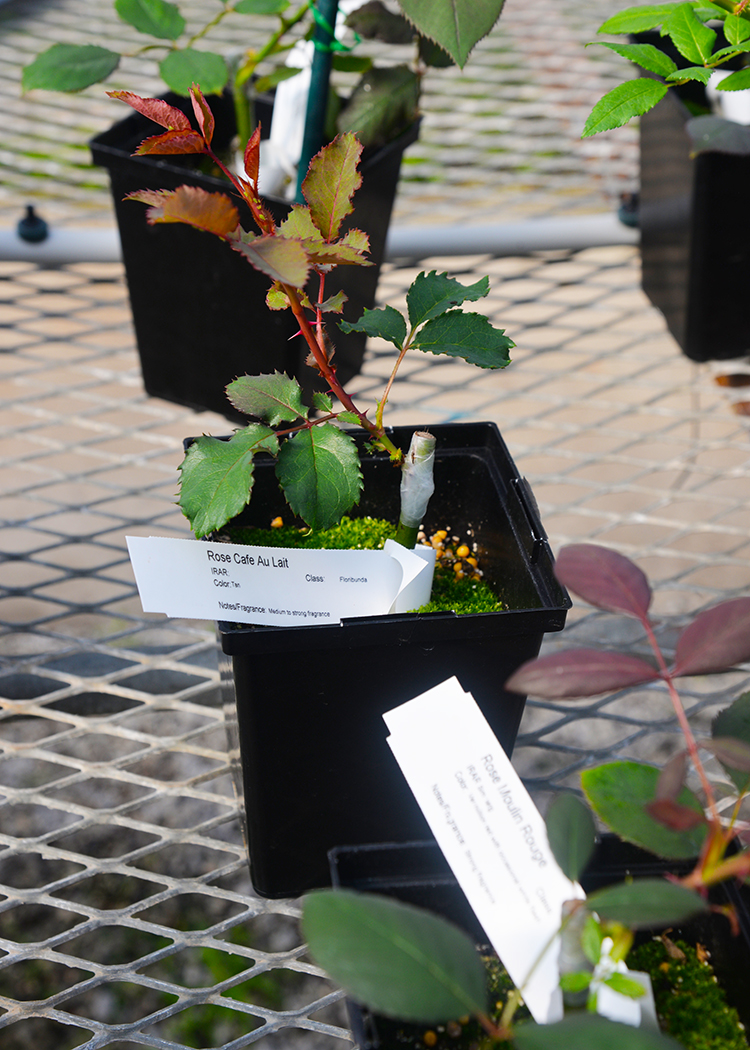 Greenwell said he expects the grafted cultivars will be ready for transplanting into the field by early April. “The students were really excited to help with the grafting and say they have been learning a lot by participating in the project,” he said. “Jackson & Perkins has done a great job being really intentional with teaching the students through every step of the project.”

The U.S. Department of Agriculture (USDA) requires that roses from overseas be quarantined for two years to ensure there are no pathogen issues, Greenwell noted. Quarantining primarily involves keeping the imported roses physically distanced from any other roses by at least 10 feet while regularly monitoring for pathogens. During the lengthy quarantine period, Harvell and Zimmerman will conduct their own evaluations on the ornamental characteristics and performance of the rose varieties in the southeast climate. Horticulture students will have the opportunity to participate in the rose evaluations under their tutelage. A USDA inspector from Clemson will monitor and evaluate the roses for disease periodically and must approve the plants before they can be released into the marketplace.

“Since these roses are in trade in other markets in Europe, we know rose growers love them and that there is a market for them in the United States. Since these varieties have never been seen in the U.S., we are evaluating them as North American exclusives provided by Jackson & Perkins that will be sold in the U.S. only,” Harvell said, adding that he projects the roses should be available to the public by the spring or fall of 2021.