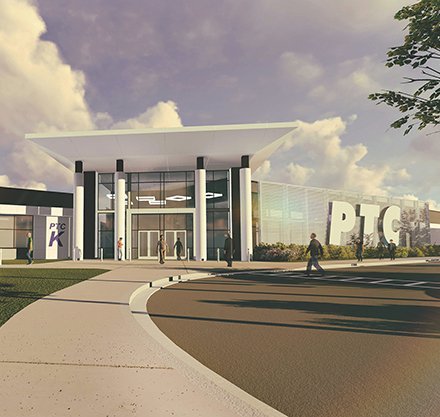 In 2016, Piedmont Technical College (PTC) announced plans to build the William H. “Billy” O’Dell Upstate Center for Manufacturing Excellence, so named in honor of the late, long-serving state senator from the Lakelands. What followed were months of fundraising, voter passage of a penny sales tax and the receipt of a sizable federal grant. It’s been a long journey, but at long last, PTC will break ground on the O’Dell Center on Thursday, Nov. 15, at 9:30 a.m. in front of the Medford Center on South Emerald Road on the college’s Greenwood campus.

“Finally, we will be turning the dirt,” said Dr. Ray Brooks, president of PTC. “It has been a long time getting to this point, and we are delighted to see the earth move to begin construction on this important workforce development resource.”

The 45,000-square-foot O’Dell Center will provide additional state-of-the-art classroom and lab space to serve industrial programs such as machine tool technology, mechatronics and welding. It also will offer flex space for incoming manufacturers, including Teijin, in need of initial training facilities.

“This project would not have been possible were it not for the generosity of Greenwood-area voters, who approved the penny sales tax that is contributing part of the funding for construction, as well as the support of the South Carolina General Assembly, the governor, and private-sector donors,” Brooks said. “The O’Dell Center will be an important asset for community growth and development.”