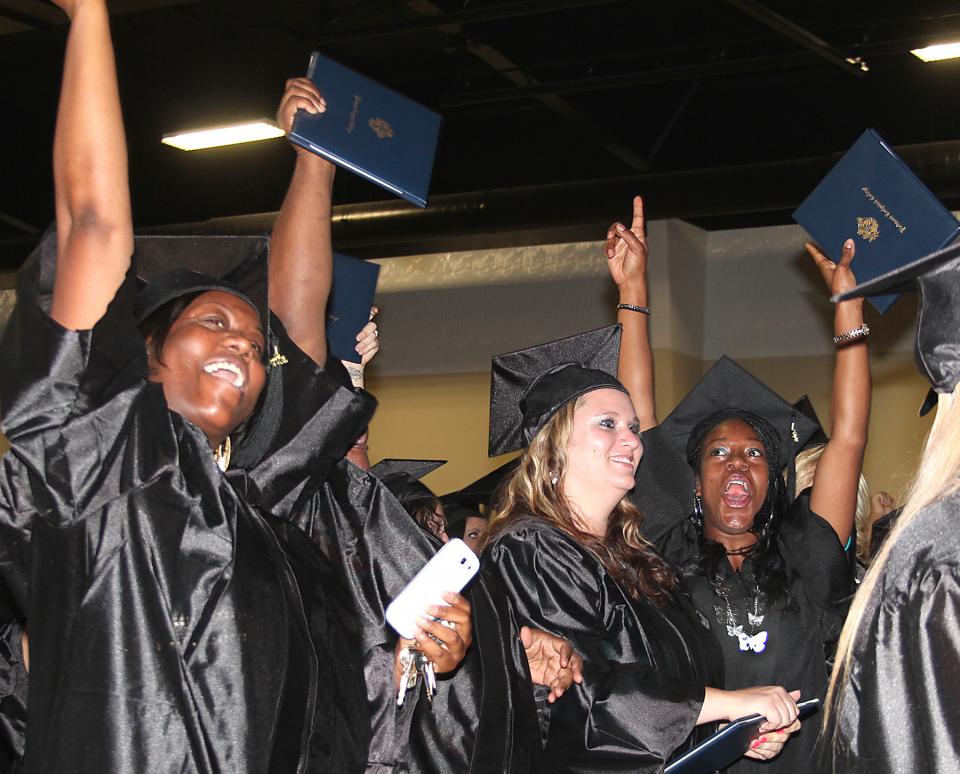 Commencement exercises will begin at 5 p.m. in the James Medford Family Event Center at Piedmont Technical College in Greenwood. Due to limited seating, tickets will be required for all guests attending the graduation ceremony. Each ticketholder, including children, will be entitled to one seat.

In recognition of their excellence and the stories they have told about their journeys in higher education, three graduating students will be speaking at the commencement ceremony.

Stephen Barklow, a resident of Greenwood, came to Piedmont Tech following a 40 year career in construction and maintenance. He will be receiving his Associate in Applied Science Degree with a major in Heating, Ventilation and Air Conditioning. He is employed at Self Regional Healthcare. He and his wife, Ann, are involved with Therapy Dogs International.

Aiken resident Alfrieda Jackson came to Piedmont Tech to advance her career. She has spent 16 years as an LPN, but wanted to pursue her RN. She is graduating today with an Associate in Applied Science Degree with a major in Nursing. She hopes to continue her education and seek her bachelor’s degree in the future.

Misty Todd spent nine years in the banking industry before enrolling at Piedmont Tech. The Waterloo resident will be receiving her Associate in Applied Science Degree with a major in Early Care and Education. She plans to transfer to Clemson University where she hopes to pursue a career as a registered dietician. She and her husband, Chris, have two children, Gloria and Emmit.

A special feature of commencement exercises will be recognition of top graduates from Abbeville, Greenwood, Laurens, Newberry and Saluda Counties.