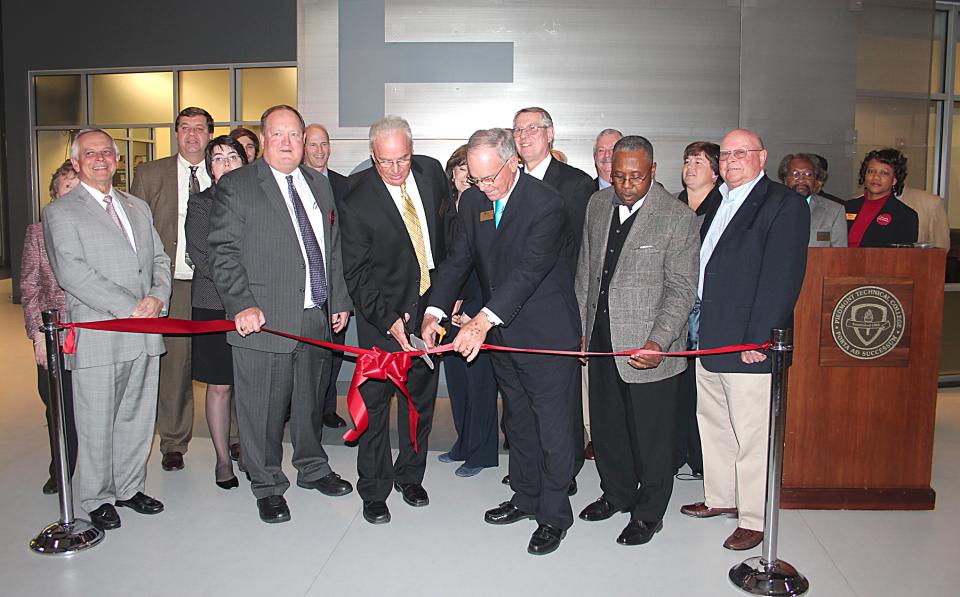 The doors to the new Piedmont Technical College Newberry County Campus were officially opened for business recently during an open house and ribbon cutting ceremony.

“What started as an idea became a thought. The thought became a plan and plans were acted on,” said Dr. Ray Brooks, PTC president. “We’re here to celebrate that idea, that vision, in the form of this building.”

“Our vision for Piedmont Technical College is to become the premiere college, to be out front leading and providing the best education possible for our students,” said William Whitfield, Piedmont Tech Area Commission Chairman. “To fulfill this vision, we chose to invest in ourselves and not follow someone else’s lead.”

“An educated workforce is essential to economic development,” Livingston said. “The ability to train workers for any opportunity is a major calling card for Newberry County’s Economic Development program.”