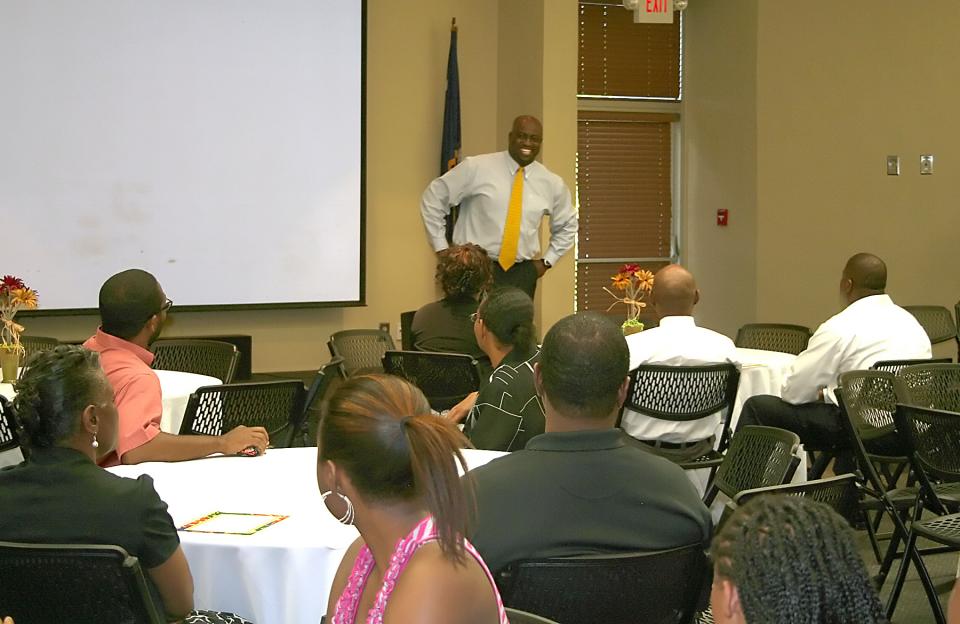 Through a new program called Project Genesis, Piedmont Technical College is taking action to address a problem of national proportions.

“There is a crisis among African American males in education,” said Steve Coleman, director of Project Genesis. “Piedmont Technical College has recognized this crisis and we are working to provide a targeted group of men with the necessary resources for success.”

In the U.S., more than two-thirds of African American men who start college do not graduate within six years, which is the lowest college completion rate among both sexes and all racial/ethnic groups in higher education. And the numbers aren’t getting any better.

Coleman said there is clear evidence that increased educational attainment after high school leads to higher lifetime earning potential, and to lower unemployment. Research shows that post-secondary education is the gateway to the middle class, and to economic security, he said.

“Too many of our African American men are struggling, so our goal is to work with our target population to make sure 100 percent of them graduate and continue on to pursue a bachelor’s degree or a rewarding career,” said Coleman.

Ensuring educational success now will have a huge return on the prospects of these students later in life, Coleman says, and for the community as a whole.

“Project Genesis: Where Success Begins” is funded by a Predominantly Black Institutions (PBI) grant from the U.S. Department of Education.

The initiative will focus on recruiting, retaining, and graduating African American male students in the associate in arts, criminal justice, computer technology, industrial electronics technology and heating, ventilation and air conditioning technology programs. These programs were chosen because of demand in the job market, and good earning potential.

“Our challenge is to instill that desire to graduate into these men,” said Coleman. “Our passion is useless if they don’t want to do it for themselves.”

“Project Genesis is a good fit with the college’s mission to increase the community’s economic well-being by providing access to educational opportunity,’” said Becky McIntosh, vice president of student development. “Our focus is on areas where some African American males tend to struggle. We want to identify where these struggles are occurring and provide support for each participant.”

“The counselors have helped me see my own potential in a leadership role,” said Astarria Sheppard, an industrial electronics technology and mechatronics technology student from Laurens. “They keep me focused and on my toes.”

The program began over the summer with a Summer Bridge program aimed at providing developmental assistance to students so they were better prepared to enter their curriculum areas. The Bridge program included tours of area industries to show the students the jobs that are available in their fields.

“Our challenge is to instill that desire to graduate into these men,” said Coleman. “Our passion is useless if they don’t want to do it for themselves.”

Photo Caption: Steve Coleman, center, director of Project Genesis, addresses students and community members on the goals of the project at a recent banquet. The project, funded through a PBI grant, will be focusing on assisting African American male students in the associate in arts, criminal justice, computer technology, industrial electronics technology and heating, ventilation and air conditioning technology programs.