A typical single guy in his early 30s, Cody Anderson sometimes attends social events and parties where he might meet a potential romantic interest. When they predictably ask him what he does for a living, he doesn’t miss a beat.

“I say that I am a ‘final event specialist.’ But then they always ask, what is that? And I explain that I own and operate a funeral home,” the Aiken native noted. 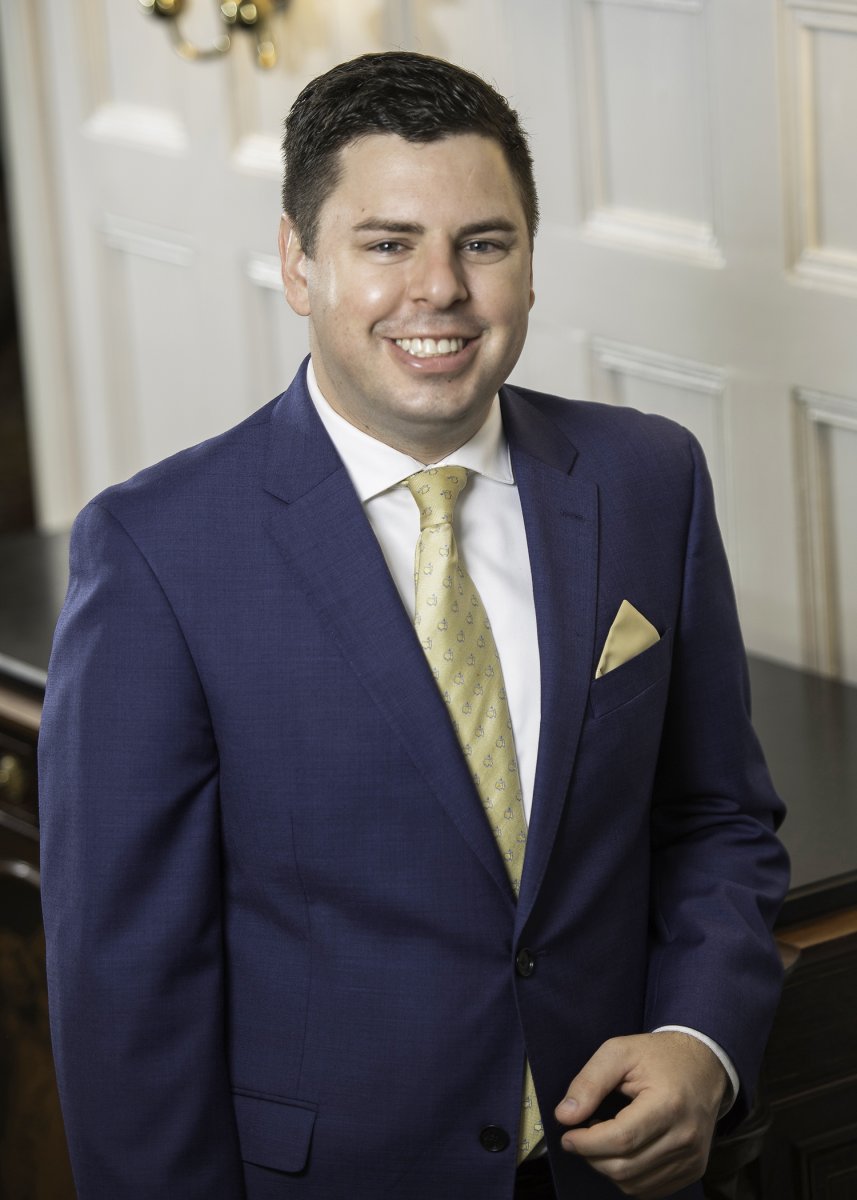 Anderson is proud of his profession and has worked hard to get where he is today. Last year, the Piedmont Technical College (PTC) alumnus purchased the George Funeral Home and Cremation Center in Aiken, where he has worked as a funeral director since 2014.

Initially attending the University of South Carolina Aiken, Anderson wasn’t exactly sure what he wanted to do and changed majors multiple times. He was inspired to enter the funeral services business only after attending the 2008 funeral of his beloved great-grandmother, Ruby Lee Beck. He and Ms. Beck were especially close, and the loss was poignant for the whole family.

“My great-grandmother had a big part in my upbringing,” Anderson explained. “She was a very southern, genteel lady. We were very close. She was a wonderful cook and liked entertaining. We spent a lot of time together. … I was really inspired by the way the funeral home handled everything. They had so much compassion.” He could not know at the time that he would later work at that same funeral home ― the Hatcher Funeral Home in Graniteville ― as an intern and apprentice.

In 2009, Anderson enrolled in the Funeral Services program at PTC and never looked back.

“I am very grateful for my educational experience at Piedmont Tech, because it really equipped me to take it from an apprenticeship to funeral directorship to manager role and eventually to owner of my own funeral home,” he said. “PTC allowed me to commute back and forth so I could continue to work at the funeral home while going to school. It really worked out well. I had a great experience. The teachers were very hands-on.”

Anderson says the facilities at PTC ― from the embalming lab to the crematory ― are top-notch, and he liked all of his instructors. He uses the practical knowledge he gained at PTC on the job every day, including the softer skills of community engagement and brand-building.

“Our services are really tailored to the individual and personalized. … I once had an equestrian who died, and that service was held in a riding arena. We also recently conducted our first ‘green’ funeral using a biodegradable shroud for burial,” he said. “You have to have all the options that people may want.”

George Funeral Home also offers advance planning and legal advice as well as seminars to help the bereaved cope through the grieving process. Funeral directors there also keep an updated list of contacts so they may make referrals for funeral-related services they don’t provide, such as flowers, musician services or even counseling. With great confidence in the quality of individuals coming from PTC, Anderson says a recent graduate, Matthew Burdette, now is doing an apprenticeship at the funeral home.

“A lot of our business is gained through reputation,” Anderson said. “Lots of people think anything associated with funerals is morbid or taboo. No one wants to talk about death. … We do a lot of community outreach. We put a lot of emphasis on pre-planning. We want people to remember the families that we serve. The community needs to be mindful that death is a condition of living.”