PTC Instructor and Author Devouring History One Sense, One Story at a Time

Sometimes, if storytelling is met with a blank stare, an oft-used phrase comes to mind: “Maybe you had to be there.” Piedmont Technical College (PTC) History Instructor Jordan Poss couldn’t agree more. He wishes that his students could personally witness significant events in our history — smell the gunpowder, hear the bugle, feel the adrenalin. In lieu of that, visiting historic sites is a must. 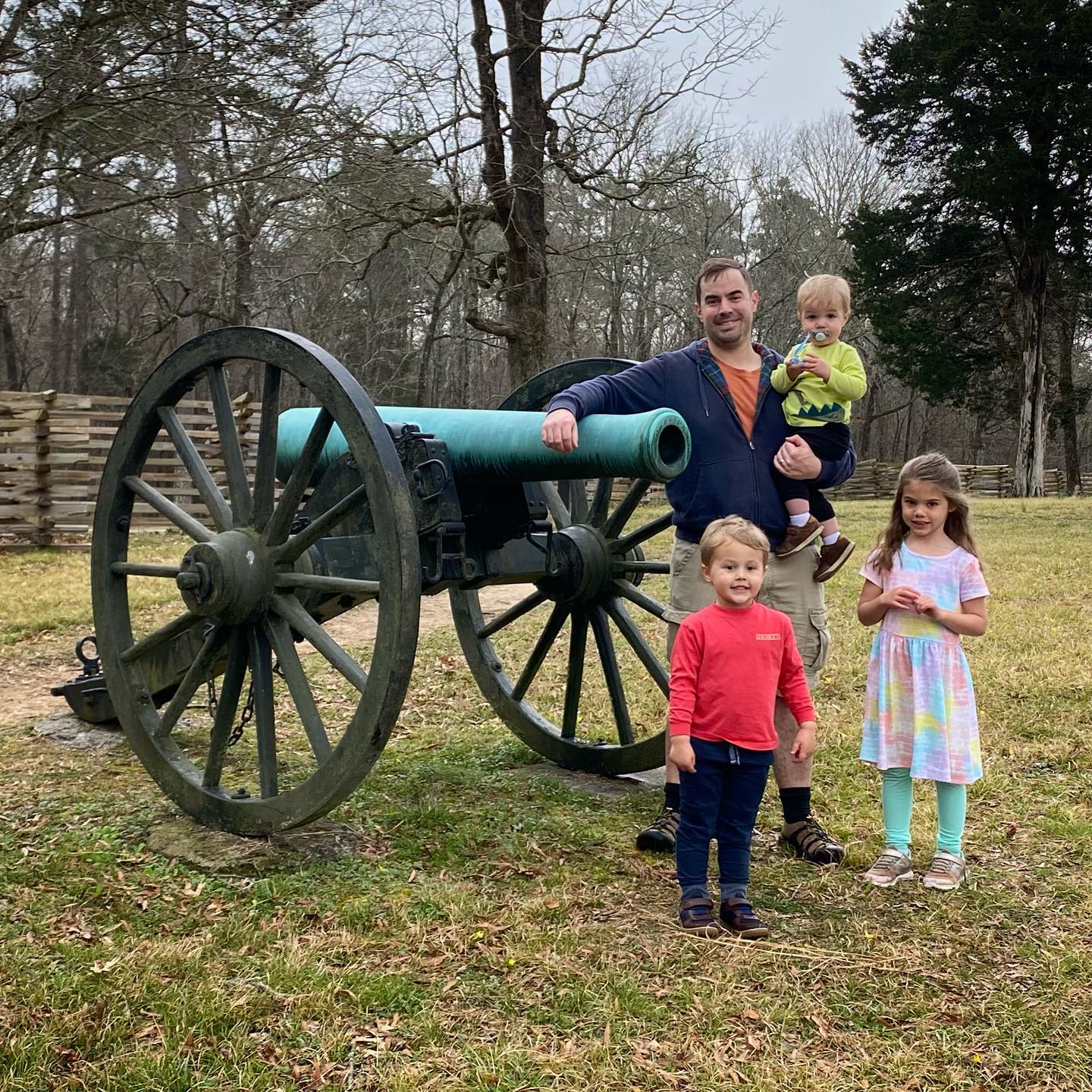 “Visiting places is key. That is something I encourage my students to do,” he said. An immersive experience visiting sites such as Pearl Harbor, Gettysburg, Ellis Island, or Independence Hall can transform a 2D textbook experience into a more meaningful, multi-dimensional, personal one. To address accessibility, Poss often suggests students visit a site more within driving distance, such as Kings Mountain, Ninety Six, or Musgrove Mill. “Sometimes I use Google Earth to show sites to my students, but it’s no substitute for actually visiting a place.”

Poss grew up in an area historically known as the Cherokee Mountains of northeastern Georgia. His German ancestors settled there about 200 years ago, and Poss still feels a strong connection to the area. These days, Rabun County is best known as an access point for the Appalachian Trail.

“I am a hillbilly,” he joked. “You can’t take that out of someone.” 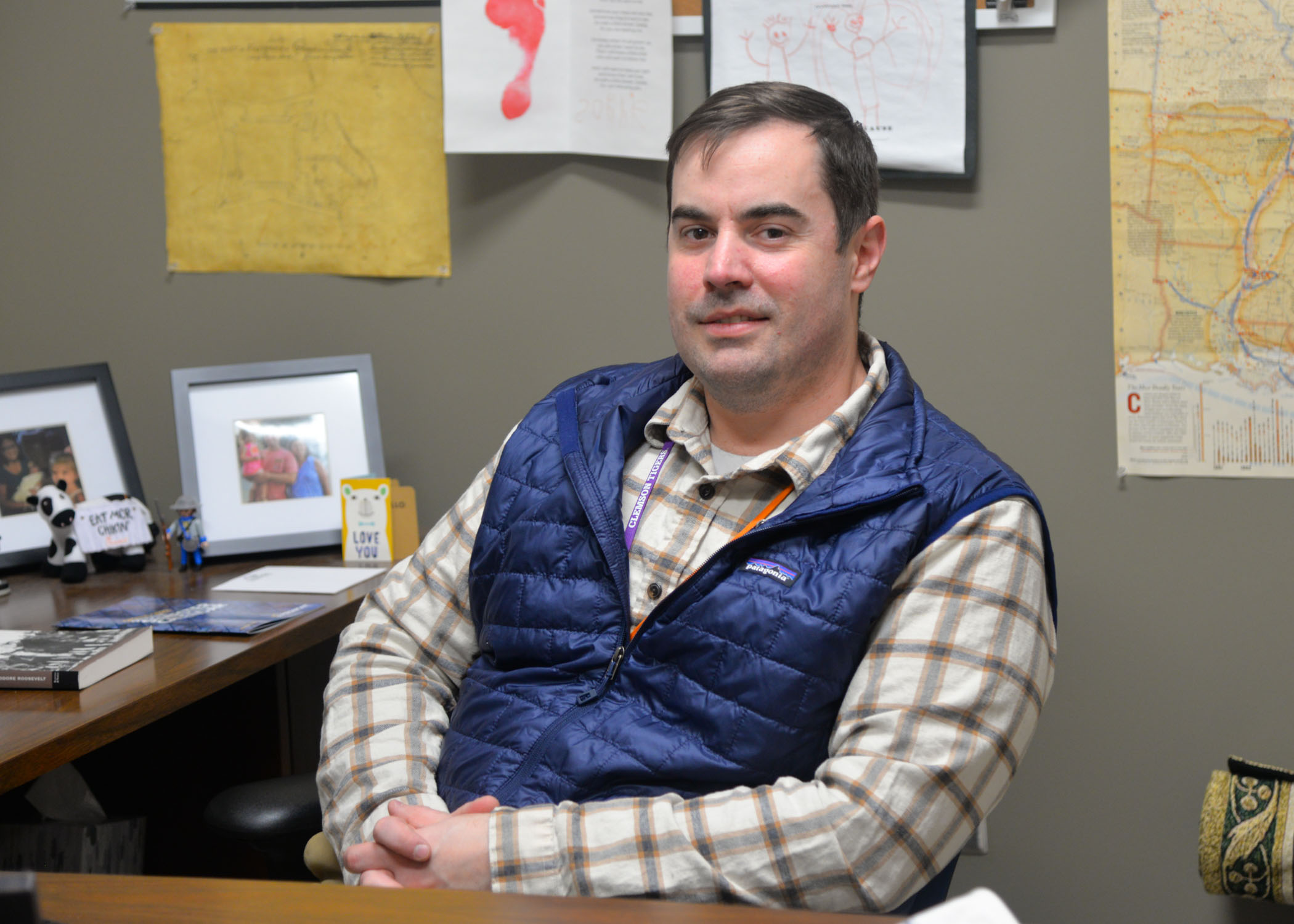 Poss became fascinated by historic events as far back as preschool.

“I remember my dad telling me the story and showing me a picture of the Trojan Horse,” he said. As the story goes, the Greeks used the giant wooden horse with warriors hidden inside as a ruse to enter Troy. “My question was, ‘Is this a true story? Is it still there?’” Those questions triggered a lifelong habit of historical inquiry.

As an undergraduate, Poss studied Anglo-Saxon England and military history. He continued with postgraduate exploration of European History, for which he earned a master’s degree from Clemson University. Poss is not only an avid reader but a prolific blogger and the author of four historically themed novels. He maintains a staggering schedule of creative output (regularly publishing blog posts, essays, works of fiction, articles in scholarly journals, and guesting on various podcasts) and has a website, www.jordanposs.com. As if that weren’t enough, he is now working on a fifth novel and drafting on an epic poem for an online magazine.

“I don’t binge-watch the latest streaming series. I don’t play video games,” Poss said. “My blog posts sometimes come quick, and sometimes I fiddle around with them for months.” He considers writing a discipline that should be exercised regularly. His blog addresses a variety of topics, including book and movie reviews, history (of course), his opinions, and even grammar. “If you wait for inspiration, you will never get anything done.” 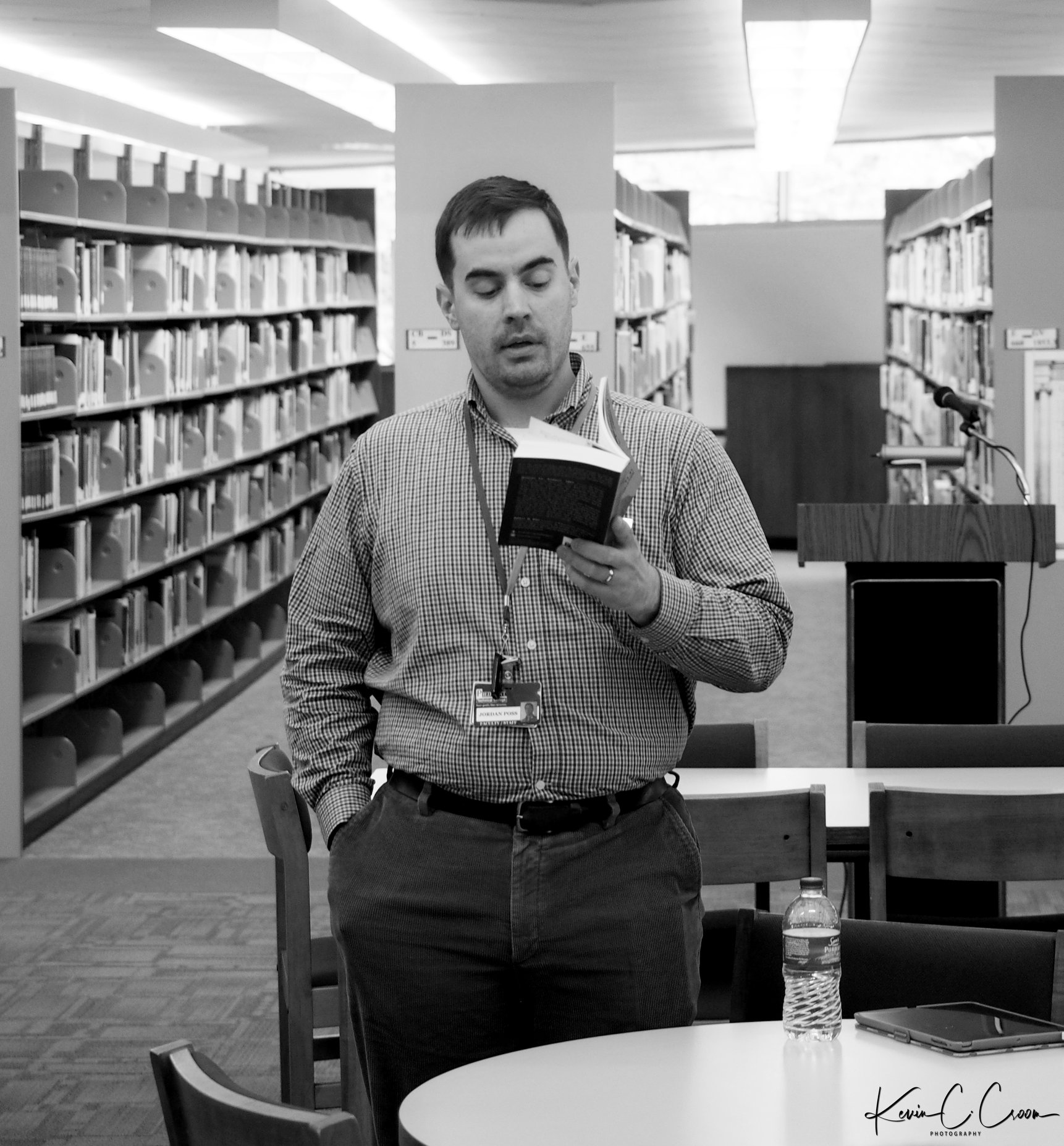 As the saying goes, it’s not work if you do something you love. In that vein, Poss is not a workaholic but rather a do-something-you-love-aholic. His passion for history does not end at the conclusion of class. On his commute, he listens to audiobooks covering topics such as the humanities, literature, and history. He also listens to humor podcasts and imagines ways to stimulate students’ interest in history. Poss feels a varied playlist is helpful in approaching familiar topics from unfamiliar angles.

“Whether a student comes in well-informed or uninformed or even misinformed, I try to build enthusiasm as a starting point,” Poss said. “I try to feel out where a particular class is and meet them at their level.” 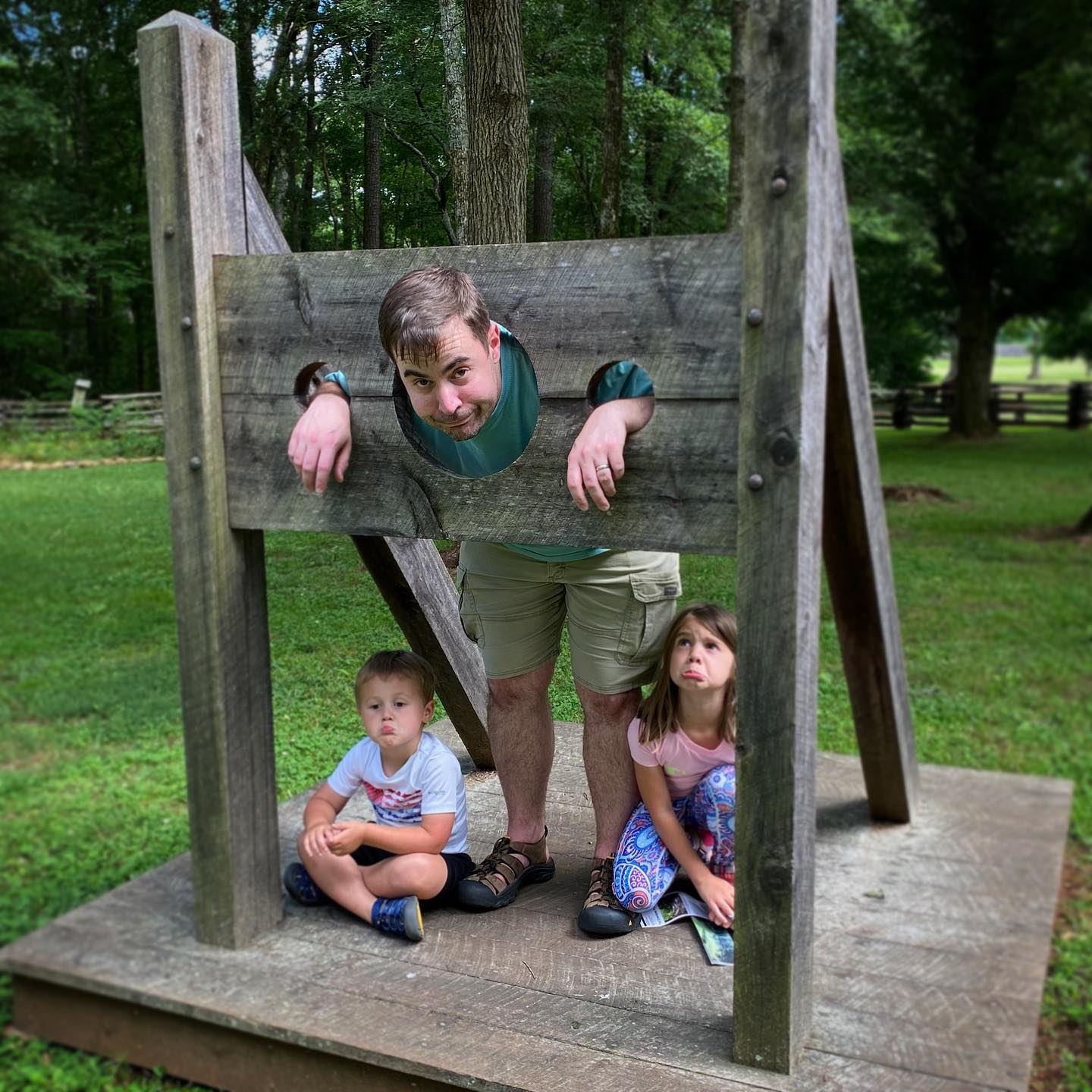 Poss acknowledges that in its broadest sense, “history” can be an overwhelming topic for many. “There are so many things, you can go off in dozens of directions, and students can get lost,” he said. “History is so much more than memorizing names and dates.”

“What I try to do with my books is find stories that are interesting to me. I try to take people out of their familiar environment into an alien one in such a way that they can see and understand an event from the perspective of the people who lived it at the time,” he said. “Sometimes students will Google me and ask about my books, but I don’t use my books as a teaching platform. They are fiction.”

One of Poss’s favorite historic figures is Robert E. Lee, known to most (sometimes unsympathetically) as a Confederate general during the Civil War. Lee’s and others’ stories are far more complex than the “names and dates” rhetoric so common in grade school. The appeal and retention of historic events often are prompted by their backstory and attendant details.

“Lee had been in the Army for more than 30 years before the Civil War broke out. He was a political moderate, an anti-slavery, pro-Union soldier who ended up leading a Confederate army,” Poss noted. “I want to give students enough of their real-life stories to make historical figures human. There is more to them than just a statue. … If I can introduce a little of that complexity, it can be meaningful for them. I try to be just challenging enough to stretch them. If it’s not challenging, like a resistance workout, it’s not building muscle.” 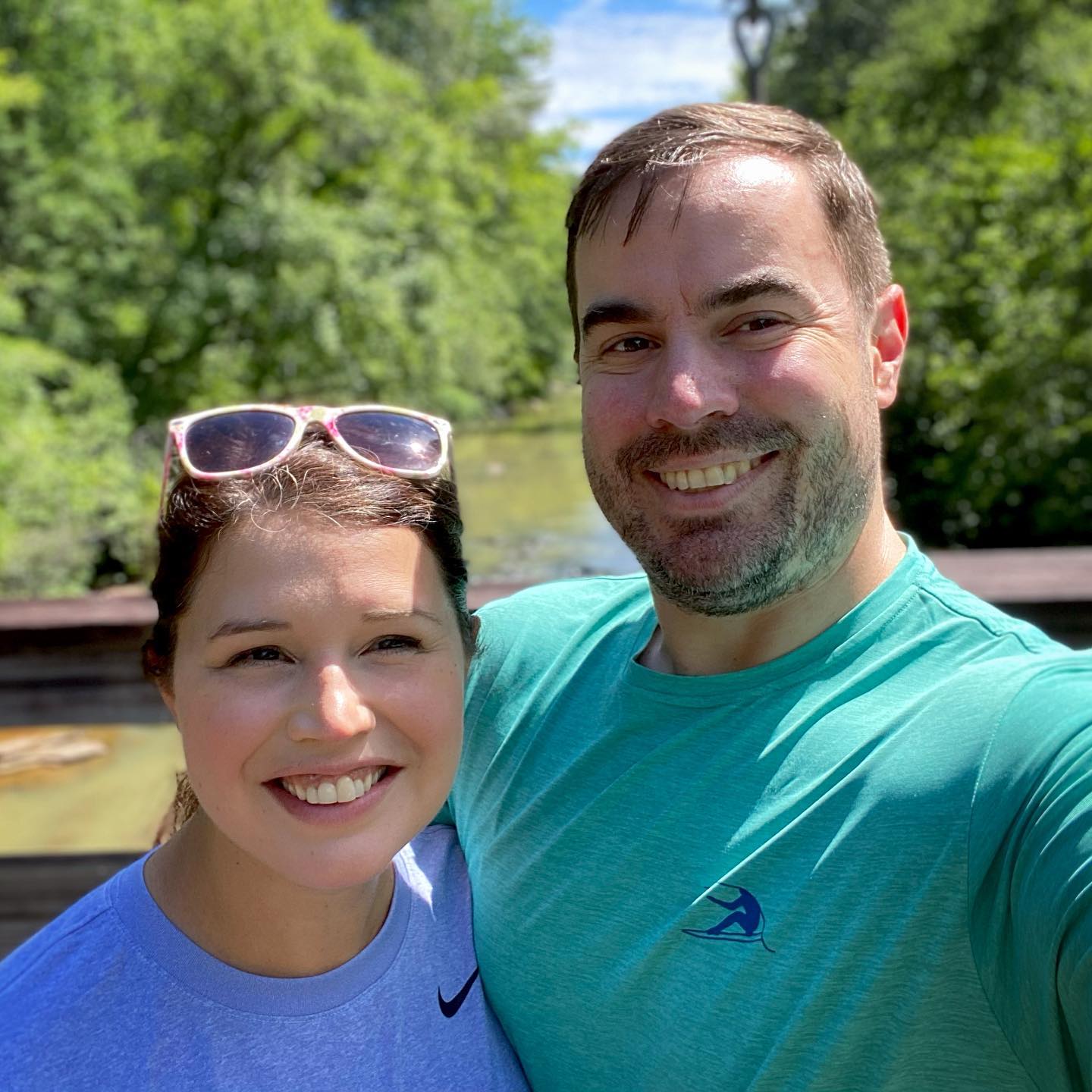 Poss’s favorite book is The Divine Comedy. Penned in the Middle Ages, “it is a work of philosophy, theology, politics, and history in addition to a supernatural story of salvation and the afterlife. It melds together into one work the many things I am interested in,” he said. The work influenced important literary voices for centuries after Dante’s death. “For me, it all begins and ends with Dante,” Poss stated on his website. Quotes like that can only come from an intellectual — a historian’s historian. 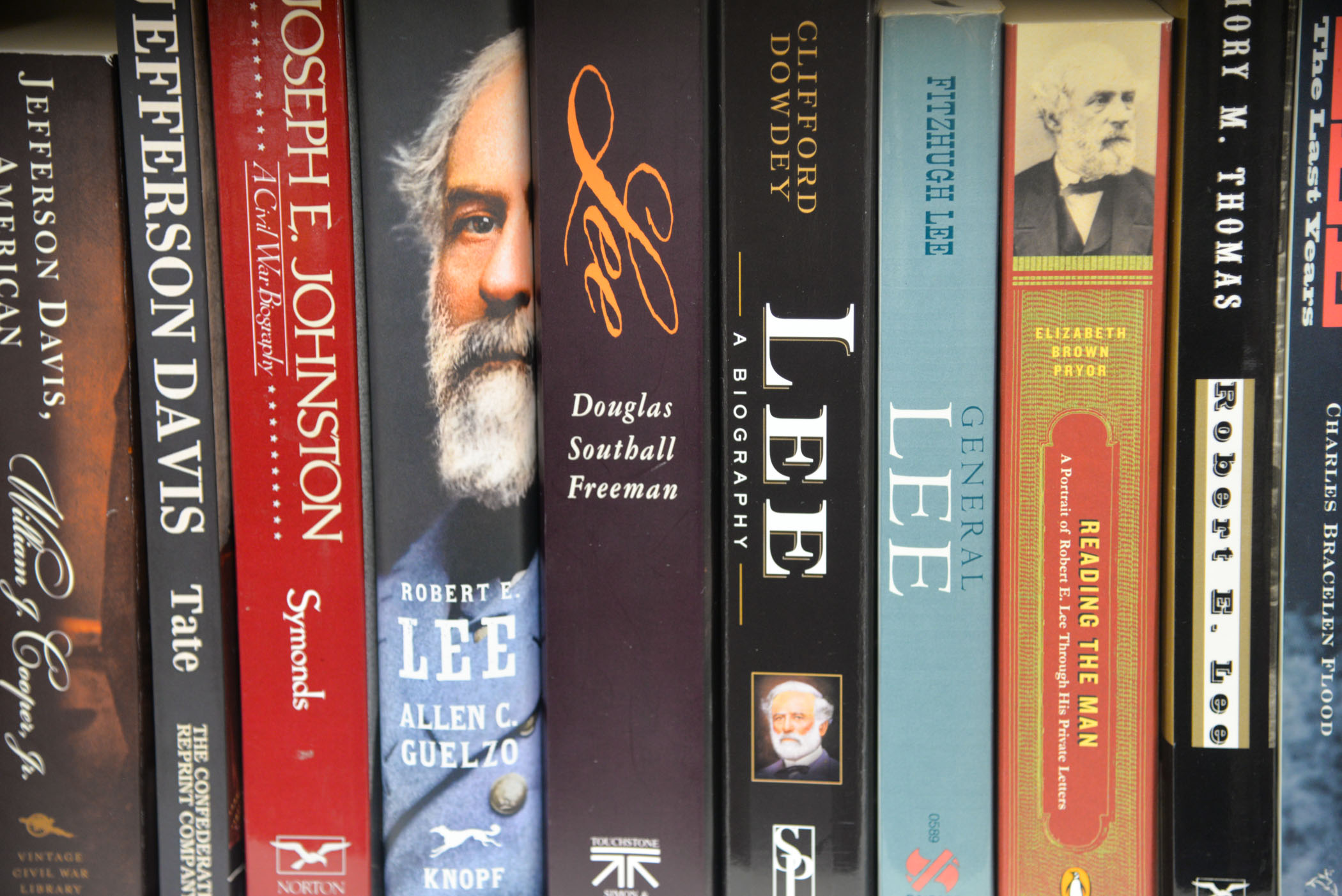 PHOTOS:
•    Jordan Poss in his office at PTC in Greenwood.
•   Poss with Sophie, Joseph, and George with a Napoleon cannon at Chickamauga National Military Park last year.