They have bravely distinguished themselves on the battlefield, served with honor, proven their loyalty, and saved countless lives. Oh, and they also adore a good belly rub. 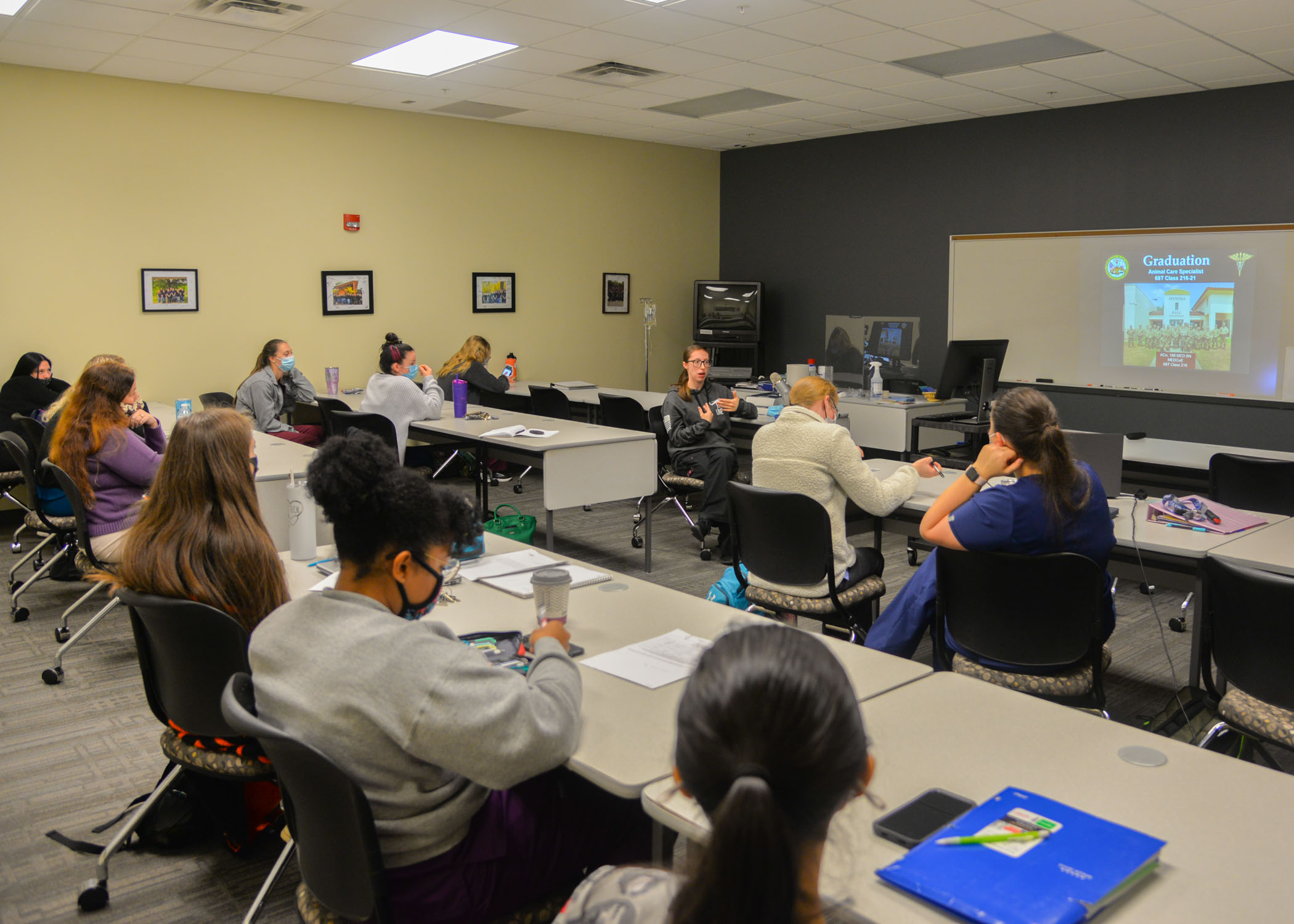 They are military working dogs, or MWDs, and the U.S. Department of Defense (DOD) trains all Army veterinarians and animal care specialists worldwide at its U.S. Army Medical Department Center and School’s Department of Veterinary Science at Fort Sam Houston, Texas. Piedmont Technical College (PTC) Veterinary Technology student Samantha Haag, a specialist in the U.S. Army Reserve, attended training there for 11 weeks last summer and graduated with an Animal Care Specialist certification. She shared her experiences with her Vet Tech classmates on PTC’s Newberry Campus. She now holds the military occupation specialty (MOS) known as “68-Tango,” or 68T.

“68-Tango is the only military branch that supports the Army’s veterinary services mission,” Haag said. “The school at Fort Sam Houston is the ground zero basic course for all military personnel responsible for animal handling and care.” 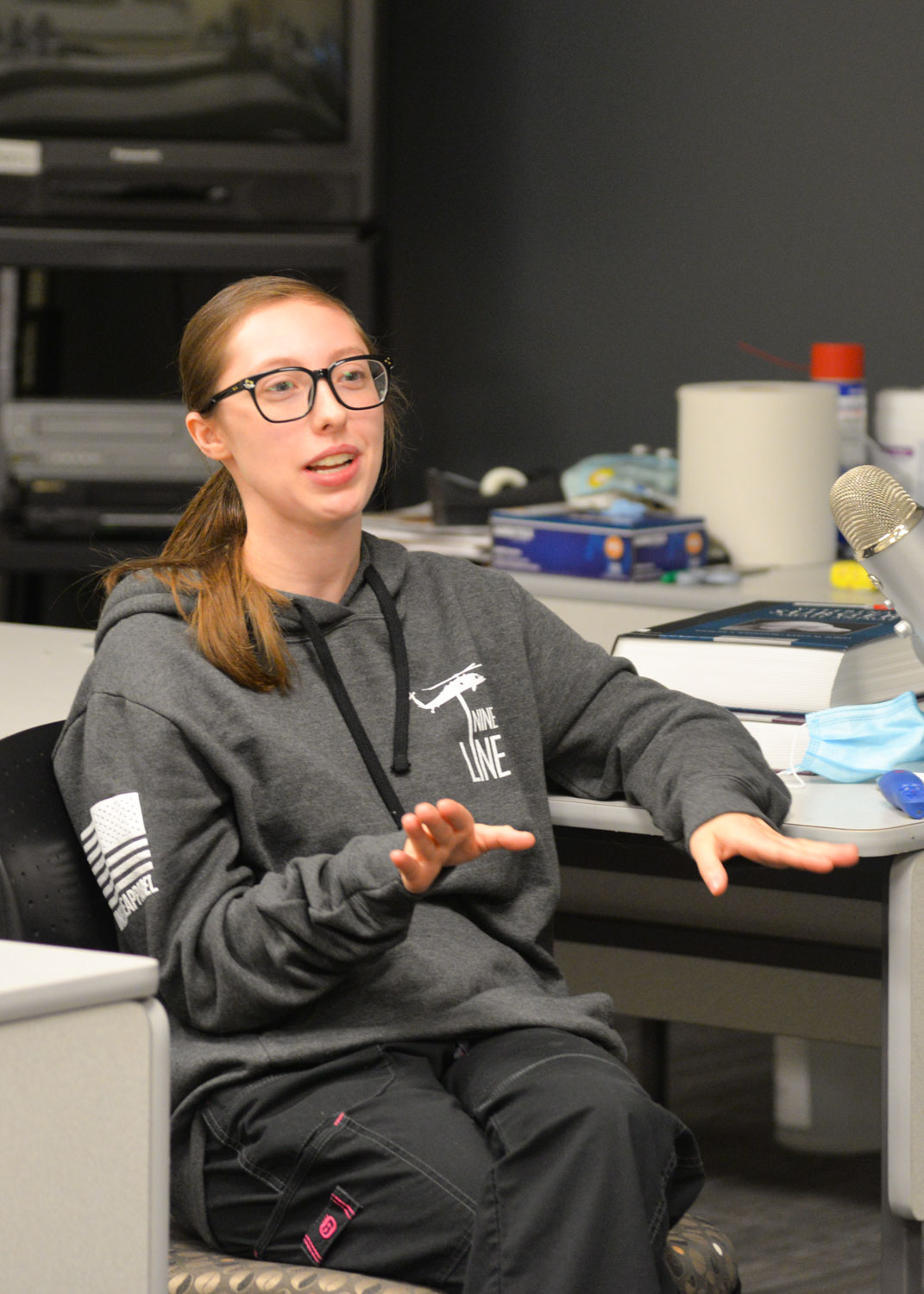 The 25-year-old student who resides in Lexington completed the rigorous 11-week course on Sept. 14. Dogs are the primary focus of training, but the school also cares for ceremonial horses, some livestock, and research animals.

“All of these animals get the very best care,” she said. “Working dogs are soldiers’ partners and their very best friends. It’s personal.” In fact, about 90% of military handlers adopt their dogs upon retirement.

When she previously served in the U.S. Army National Guard in Minnesota, Haag considered a number of MOS options. 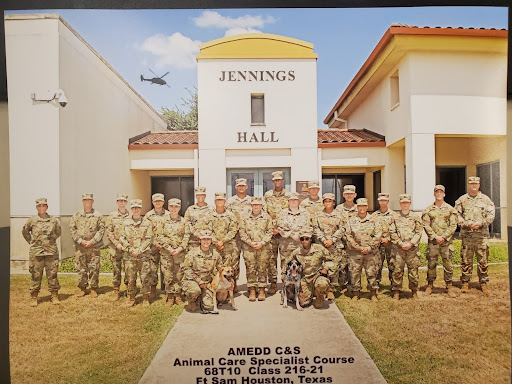 “I knew there was a vet program in the Army, but it’s very popular and a hard MOS to get,” she said. Consequently, Haag decided on a logistics MOS for the four years she served with the Minnesota National Guard before being honorably discharged. “After moving to South Carolina, I saw a job listing for a 68T and spoke to a recruiter.”

As a result, Haag was temporarily pulled from her Individual Ready Reserve (IRR) status so she could complete the 68T training. Because there was an open position with a U.S. Army Reserve unit at Fort Jackson, she joined that unit in October 2020. “Since I am now certified in the 68T MOS, if I choose to reenlist, I will keep my MOS of 68T,” she said. 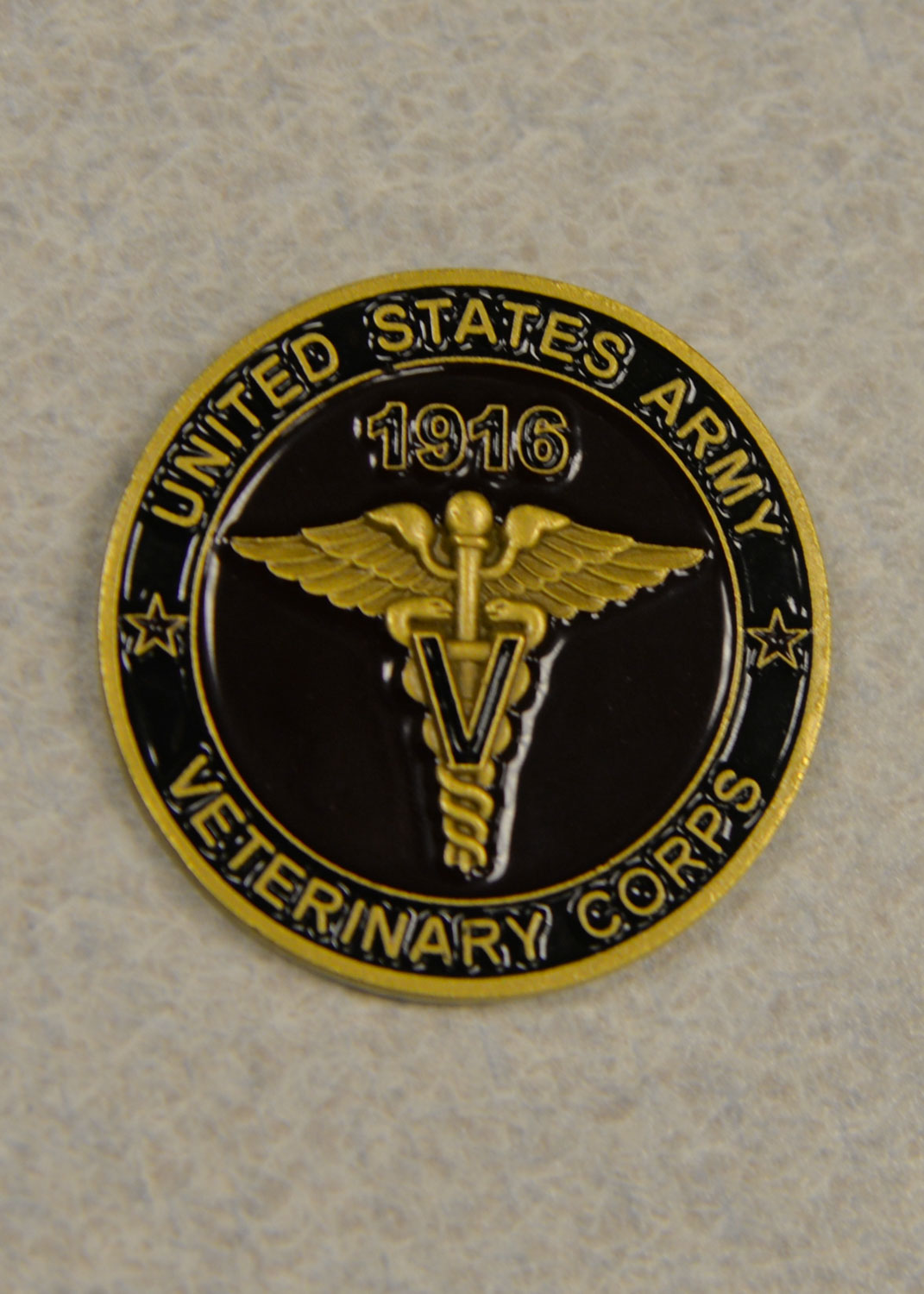 Haag had started but not completed a veterinary technology program in Minnesota, and she enrolled at PTC in Newberry because of its convenient proximity to her Lexington home.

The course at Fort Sam Houston, which was delayed due to COVID-19, was tough and comprehensive. There was so much to remember. Haag was feeling the pressure.

“At times, I was overwhelmed and stressed out. We all learned a lot,” Haag said. “I would do it again.”

As it turned out, Haag graduated at the top of her class, receiving a medal as the Distinguished Honor Graduate.

Haag noted that many people are curious about military dogs. She said that the military currently obtains most of its working dogs from Germany but operates a DOD breeding program at Lackland Air Force Base that produces about 10% of the military’s canine soldiers. Efforts are underway to grow that program because purchasing dogs from overseas can be an expensive proposition. About 1,600 MWDs actively serve in the U.S. military. 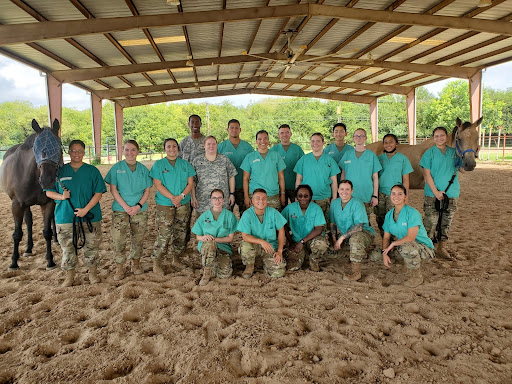 Because every military unit utilizing MWDs can’t have an attached veterinarian or vet tech, the military does cross-train members of the medical corps to take emergency life-saving measures when a war dog is injured on the front lines. Just like their human handlers, military dogs are considered active duty soldiers and are even given a rank, usually equal to or higher than their handler. The status of Noncommissioned Officer (NCO) traditionally has been assigned to military dogs to reinforce the bonded, respectful relationship between dog-and-handler. The dogs are Purple Heart recipients and when they die, they are buried with military honors as well. 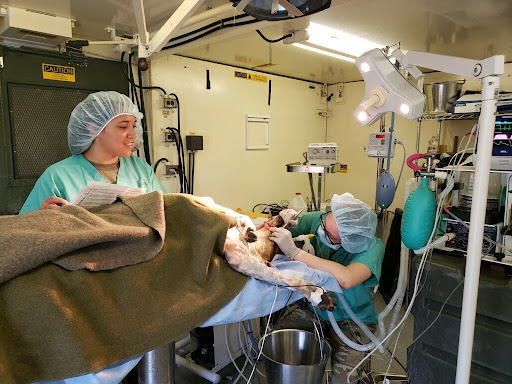 “We don’t leave any dog behind,” Haag said. “They are soldiers, just like us.”

For more information about the Veterinary Technology Program at PTC, please visit www.ptc.edu/vet. 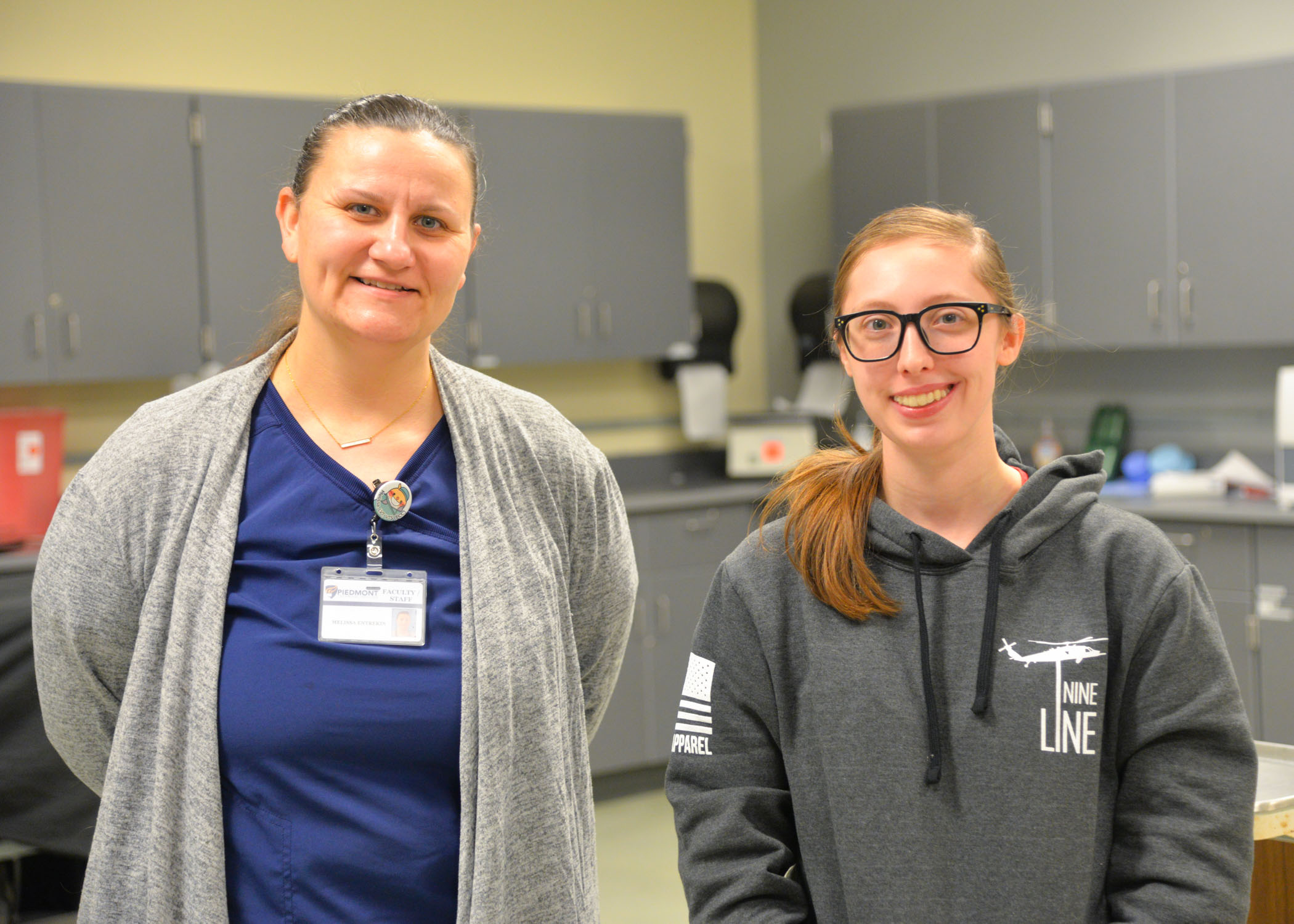