When his wife, Coronicca, got the call to come teach computer technology at Piedmont Technical College (PTC), Army veteran Derek Oliver was completing his advanced EMT training at Fort Stewart, Georgia. Life has moved at a rapid pace ever since.

“We had two weeks to move,” Oliver said. It was a scramble to get situated in the Lakelands, but the couple did it. Soon, Oliver got a job with Greenwood County Emergency Medical Services and enrolled at PTC to begin studies toward becoming a paramedic. “The most difficult part was juggling a full-time job and going to school part-time.” 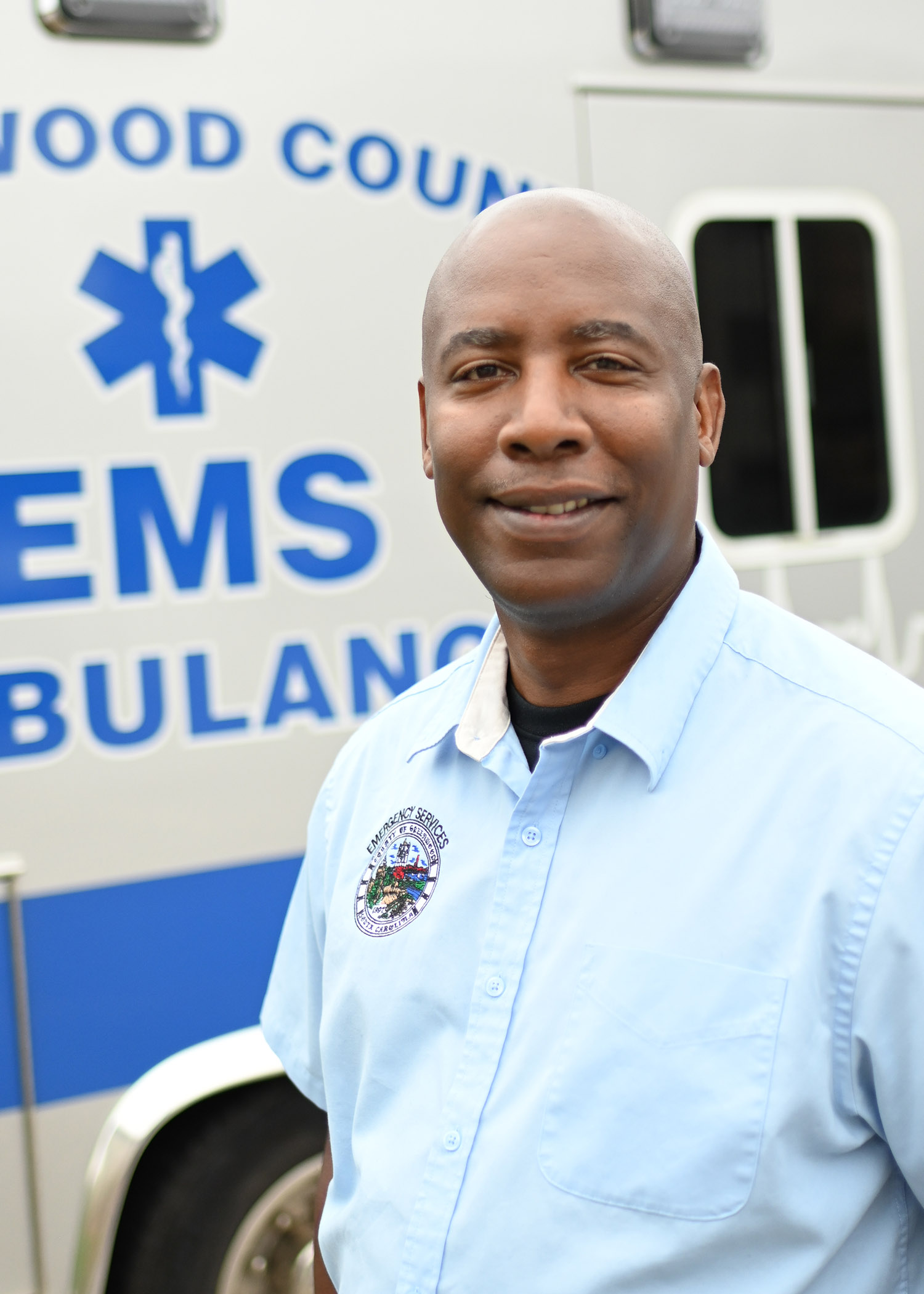 Growing up in New York City, Oliver always aspired to be a first responder. His service in the Army, from 2000 to 2011, gave him some skills that he still can apply today. His initial role was as a mechanic working on big trucks, tanks, and other military vehicles. The more time he served, the more he learned.

“Through my experience, I was able to learn intelligence and work on plans for running a battlefield,” he explained. “I ended up with a job at a base defense operating center in Iraq. I was able to work with surveillance cameras and run checkpoints and things like that. … I always wanted to finish school, and I was taking college courses while in the military, but I had to stop when the war started. It was more about concentrating on staying alive than books.”

After earning his paramedic degree at PTC, Oliver also began working on a degree in business administration but stopped before finishing. Those courses, however, proved helpful for where he is today.

In May 2020, after nine years with Greenwood EMS and several months serving as interim director, Oliver was named Director of Emergency Services for Greenwood County. With the responsibility of the new role came more administrative work and management duties.

“Everybody hates paperwork. Unfortunately, across the board in health care, each patient you put your hands on comes with a lot of paperwork, and it’s time-consuming. But it’s needed information,” he said. “The business classes I took at PTC actually help me every day. I use the information I learned in those classes often. It was very important to learn some of the finance concepts and dealing with personnel, with human resources. The managing part, I learned in the service.”

These days, amid EMT workforce shortages, about half of Oliver’s workload is related to recruitment. It helped when Greenwood County Council approved the allocation of $1.2 million in federal aid funds to boost hiring by offering stipends, signing bonuses and other incentives, but he hasn’t seen as much response to the resulting $10,000 EMT signing bonus (paid out over two years). Some retention bonuses also were offered to keep employees on the job.

“The profession was already strained, and Covid put us over the edge. It’s difficult across the entire nation,” Oliver said. “We were down 17 personnel when I started as director. Now we’re down to seven. The signing bonuses may have helped, but a lot of people recruited were those I actively followed up with from online sources. It’s coming together.”

Oliver says he enjoys working on projects and finding ways to secure the resources his crews need to succeed. He also still likes to run calls with crew members when he can.

“It’s a tough job, but if you are wanting to help people, this is definitely the place to be,” he said. “I hit the ground running and haven’t stopped yet. You learn something new every day.”

For information about PTC’s EMT and paramedic programs, visit www.ptc.edu/emt.