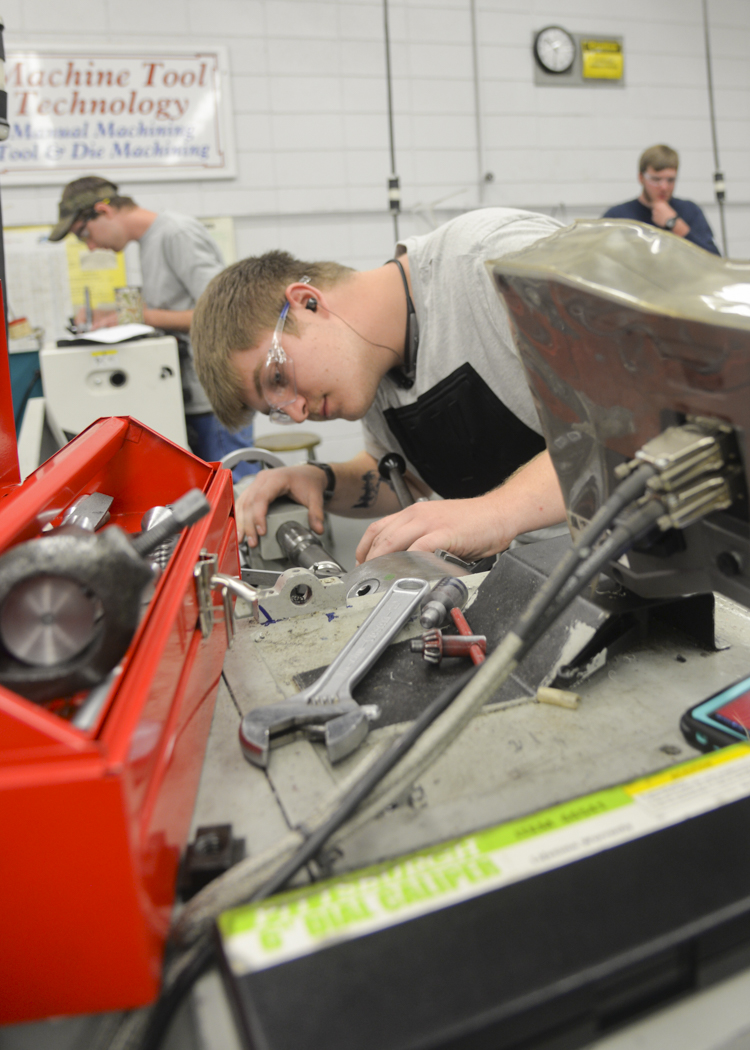 Economist Klaus Schwab in 2016 described the “Fourth Industrial Revolution” as a fusing of technologies, “blurring the lines between the physical, digital and biological spheres.” It is the inevitable result of the previous three industrial revolutions characterized by the use of: 1) steam and water to power production; 2) the progression to electricity and assembly line manufacturing for mass production; and 3) the now-familiar computerization of manufacturing production. Along this trajectory, the machine tool trade has evolved, and the latest revolution has brought a renaissance of sorts to the discipline that in recent years was considered a dying art.

“A lot of people don’t realize that the machine trade is alive and thriving,” said Phillip Calhoun, Piedmont Technical College (PTC) interim program director for machine tool technology. “A lot of companies we work with say their older workforce is starting to reach retirement age. It’s now actually a growing trade,” with an estimated 1 in 4 U.S. machinists preparing to retire.

Even so, there are challenges to recruiting and retaining skilled machinists. While the demand continues to rise, the pace of technology nearly eclipses that. Staying current with the tools that run the machines, more than the machines themselves, is a continual challenge.

“The advancements in technology with the tooling, it’s like light speed. It’s revolutionized the machine trade,” Calhoun said. “We teach advanced methods in theory and focus our curriculum around the tooling that we have. … We currently implemented using the MasterCAM software, and we have the HAAS ST-20Y lathe, which allows us to reach into multi-axis training.” (“Axis” refers to the number of directions a cutting tool can move.)

The machines generally have a long period of usefulness, with the tools being the variables in the longevity equation. It is the tools that give machining its versatility because tools can be replaced or modified to perform an updated range of operations as needed.

“There is a big difference between replacing a desktop computer and replacing a $100,000 machine,” Calhoun explained. “There are machines that have been in service for 10-20 years and are still producing. They will continue to be used until it is time to purchase a new machine.”

Machinists initially had their heyday during World War II, and many women stepped into the role after men left to fight for their country. In fact, some historians credit machinists with the U.S. prevailing in that conflict. The work of machinists, including women, supported the production of more than 300,000 aircraft, 100,000 tanks, and 2 million firearms.

After the war, inventor John Parsons developed a numerical control method that linked a milling machine to a punch-card system. That evolved into today’s computer numerical control (CNC) milling, which uses programmed code to communicate movement instructions to machines. The computer, quite literally, runs the machine to produce precision metal parts used in manufacturing.

Fears that computer-run machines could displace workers have been mostly unfounded. The jobs are still there; they have just changed, requiring workers skilled in programming the computers to operate the machines. Calhoun says PTC’s Machine Tool Technology program, on average, enjoys a 96 percent graduate placement rate. “We are at 100 percent at this time,” he said. “Everybody who has graduated our program and wants to work is working.”

Stacy Gray is among those machine tool graduates happily working in the field. His route there was circuitous, however.

“I originally came to Piedmont Tech for the Gunsmithing program,” said Gray, a veteran who came to PTC directly after leaving the Army. “There was a two-year waiting list back in 2015, but I realized that there is a fair amount of machining you do working with guns, and machine tool went hand-in-hand with that. So I thought I would get a jump on the gunsmithing side of things; I started out in the basic machine shop program and really liked it. After finishing my gunsmithing degree, I went back to finish my machine tool technology degree.”

With two associate degrees, one in general technology with a concentration on gunsmithing and one in machine tool technology, Gray is working full time at Red Seal Measurement in Greenwood. 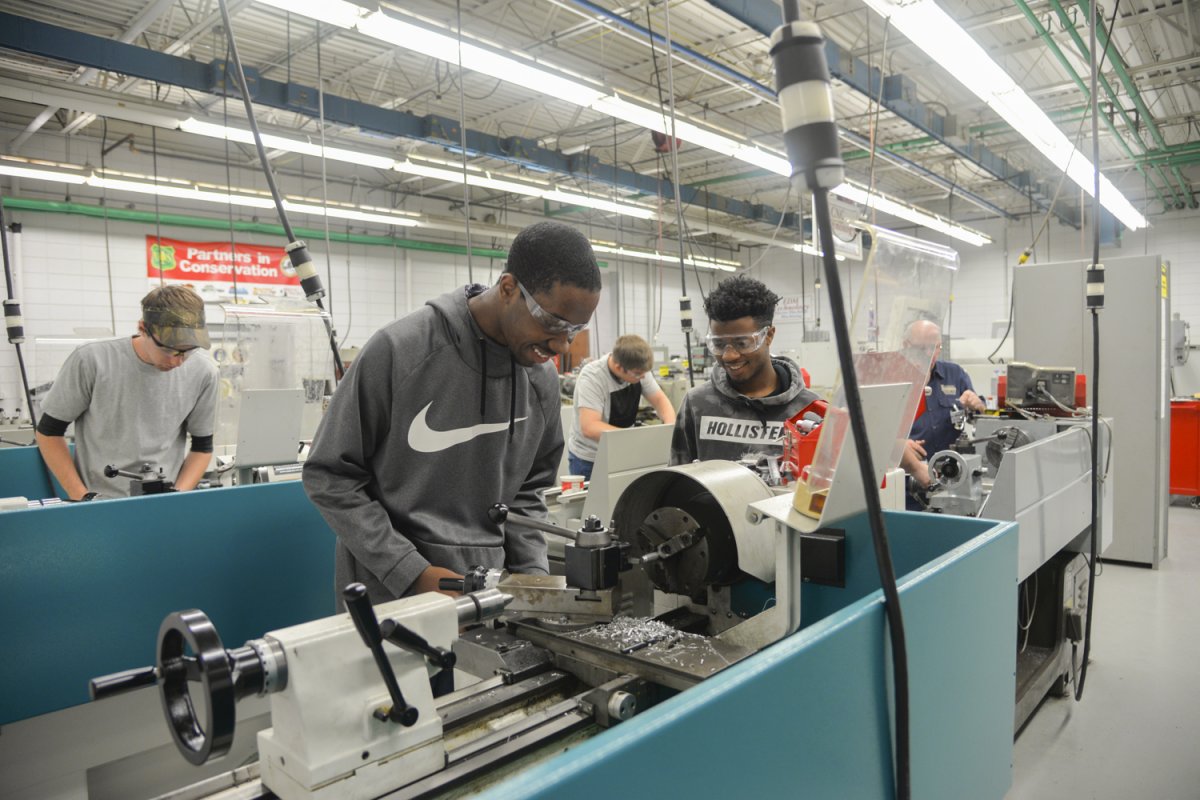 Gray still conducts gunsmithing business part-time, but machining is his bread and butter. “It was machine tool work that I had the most job prospects in,” he said.

Calhoun looks forward to completion of the William H. “Billy” O’Dell Center for Manufacturing Excellence under construction in Greenwood. The new, state-of-the-art facility will house PTC industrial programs, including machine tool technology. It should be fully operational in late 2020 or early 2021.

“With the construction of the O’Dell Center underway, we will be upgrading some equipment, and that will allow us to reach even farther into the future,” Calhoun said.

According to the U.S. Bureau of Labor Statistics, the machining field is projected to grow by 14 percent by 2026.

“I urge anyone who is interested in the machining field to look at one of the Quickskills program certificates available in advanced manufacturing,” he added. “This is a way for an individual to explore our program without making a long-term commitment and also to get something out of it that could take them to the next level in their profession or possibly be a lifeline to a new career.”