PTC Graduate Enjoying His Career at Self Regional Healthcare

“I chose Piedmont Tech because I could get a degree and a good job in two years,” the 2018 graduate said. “I didn’t want to wait.” 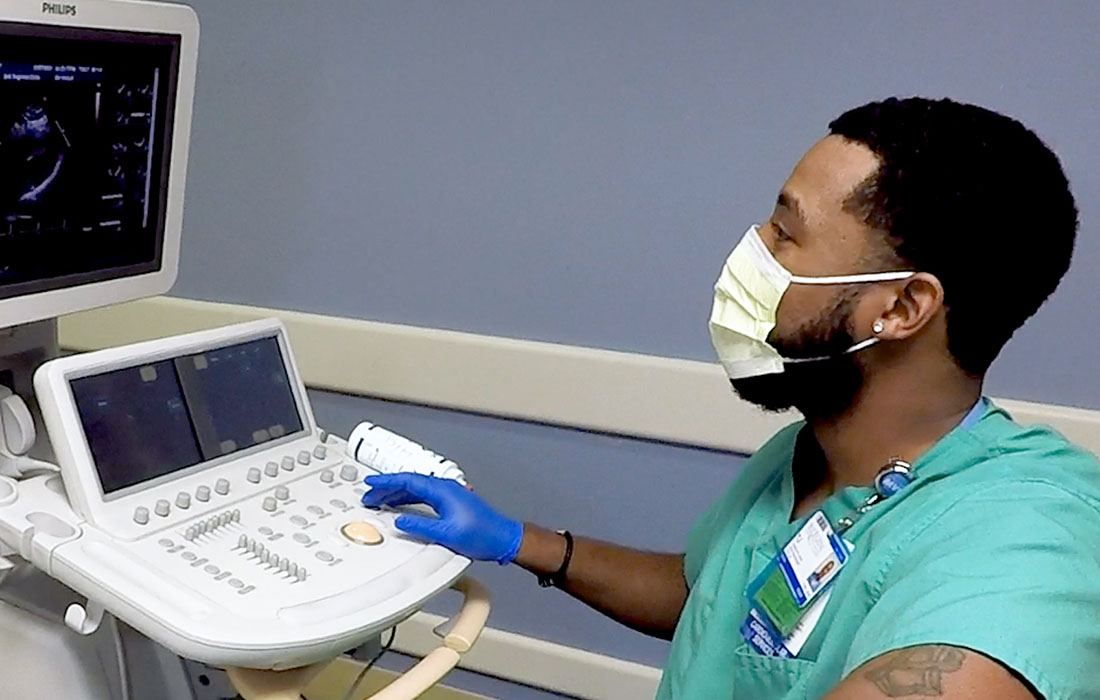 Before enrolling, Jones had worked part time in the warehouse at Fujifilm Manufacturing for about six years. While there, a manager who recognized Jones’s work ethic and growth potential recommended he go to PTC to broaden his career spectrum. Whether that manager knew Fujifilm might be poised to eliminate jobs as part of a plant consolidation in 2021 is not known, but the advice was sound, and Jones followed it.

Today, Jones works as a cardiac sonographer at Self Regional Healthcare in Greenwood. Talk about speed, Self offered him a position about two months before he graduated.

“I knew nothing about the medical field when I came to PTC,” Jones said. “But I felt very confident going into the job at Self. (CVT instructor) Laura Boone did an excellent job preparing us. I absolutely love my job. I’ve been at Self for more than three years now. … I’m really good with the people around me, and people at the hospital treat me like family.”

At Self, Jones performs mostly heart ultrasounds and echocardiograms, with an occasional transesophageal echocardiogram, which involves inserting a probe with a transducer down the esophagus to obtain a clearer, internal image of the heart. 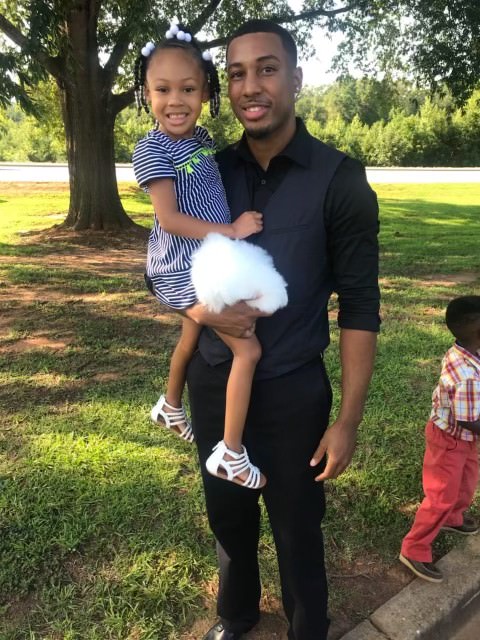 Jones’s 7-year-old daughter, Chloe, is curious about what her father does at the hospital, and he tells her simply that he scans and makes pictures of people’s hearts. Then she often holds him close, asking him to listen to her heart.

What Jones likes most about PTC’s CVT Program is that it is very hands-on, and students get a lot of support in the form of online practice tests and study groups. Jones — “TJ” to his friends — says he had an overwhelmingly positive experience at PTC because of the support and connections he made at the college.

“There were lots of late nights and sacrifice, but it definitely paid off,” he said. “Sure, clinicals were nerve-wracking, but my preceptors — who are now my coworkers — they made it fun. They made me feel comfortable.”